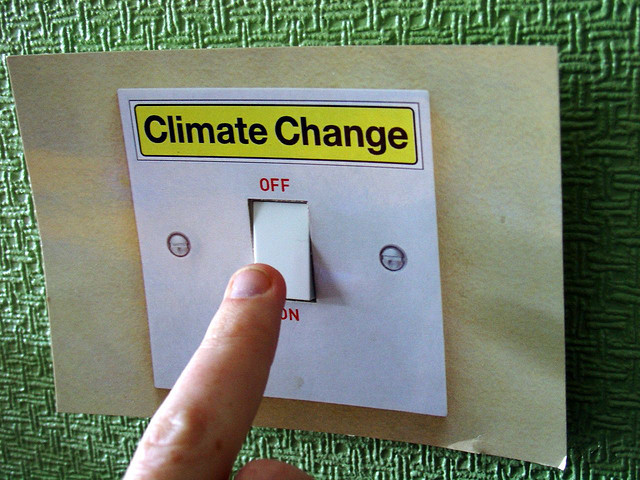 The British government has been told that energy efficiency can boost growth and jobs. [Twm/Flickr]

EXCLUSIVE: The United Kingdom has been urged by British civic leaders and NGOs to drop its opposition to a binding energy efficiency target before next week’s summit of EU leaders in Brussels.

Making the target binding would encourage investors to back the UK’s green economy, and create jobs in the energy efficiency industry, the leaders of four major cities said in a letter published first by EURACTIV.

The 23-24 October summit is to discuss the EU’s proposed 2030 climate and energy framework, which calls for a 30% improvement in energy efficiency by 2030. Other measures in the package include a legally-binding 40% reduction of greenhouse gas emissions and raising the share of renewables to 27% of the EU’s energy mix.

But it is up to the member states at the Council of Ministers to decide whether the energy savings target, criticised for being too low by campaigners, is mandatory or not.

In presenting the plans in July, the EU’s Energy Commissioner Günther Oettinger called the target “achievable” yet “ambitious”, arguing in its communication that it “strikes the right balance between benefits and costs”.

According to draft documents seen by EURACTIV, the UK supports a binding target of at least 40% for greenhouse gas emissions, but does not back a similarly strict approach for the 30% energy efficiency goal.

A draft version of the Council conclusions, dated 13 October, moots an EU target for a share of renewable energy consumed in the EU of at least 27% in 2030, compared to 1990. But, after UK pressure, that will likely be an EU-wide target, instead of individual goals set for each member state.

UK government sources stressed Britain was committed to securing the 40% binding greenhouse gas target, saying the UK has positioned itself as a leader in the global climate change debate.

But the UK believes that binding targets on renewables and energy would restrict member states’ flexibility in reaching that over-arching 40% goal in the most cost-effective way.

The current 2020 framework made renewables and gas targets binding, but not efficiency. The binding renewables target meant the UK was forced to invest in renewables, when it could have met the CO2 reduction target through a combination of them and other, cheaper means, sources said.

Critics told EURACTIV that the UK’s position is influenced by support for shale gas and nuclear. The UK recently secured EU state aid clearance for the nuclear Hinkley Point C project, which it has underwritten with a loan and electricity price guarantee.

Any conclusions reached by EU leaders will inform the EU’s position at the United Nations Climate Change Conference in Paris. That conference is targeting a global, legally-binding universal agreement on climate.

Activists at Friends of the Earth Europe said analysis by the European Commission and member states, including the UK, proved it was only possible to reduce greenhouse gas emissions by saving as much energy as possible.

Climate and energy campaigner Brook Riley said, “The two are inextricably linked. We question just how committed the UK can be to the greenhouse gas emissions target, if it doesn’t support a binding energy efficiency target.”

“If member states are serious about energy efficiency, they have to set a binding target. It’s the only method that will deliver results,” he added.

An ambitious, binding, energy efficiency target for 2030 should be backed not primarily to save energy or hit international goals, the letter said. A binding target was needed, “first and foremost to save jobs, competitiveness and the well-being” of the citizens the leaders represent.

This was especially relevant in the “precarious energy security context of Europe,” according to the letter.

The EU’s dependence on Russian gas has been brutally exposed by the Ukraine crisis. The Commission has calculated that for every 1% in energy savings, EU gas imports could be expected to fall by 2.6%.

The letter cites research from the Centre for Cities and an Institute for Public Policy Research report, that demonstrate the links between energy efficiency and economic growth.

In our cities, we have witnessed first-hand how energy efficiency measures have contributed to alleviate fuel poverty and create numerous jobs, the letter said.

Energy Cities is the European association of local authorities in energy transition. The cities behind the letter are members.

She said, “They cannot sustain their efforts with watered-down energy efficiency policies. If the UK government is serious about its ambitions to become a world leader on green growth, it’s time to match rhetoric with action.”

The letter to Cameron, a Conservative, was signed by George Ferguson, Bristol’s first elected mayor and an independent politician.

In August, the Mayor of Warsaw complained to the Polish government that 2030 clean energy goals which Poland believed too radical were in fact unambitious, undemocratically decided, and risk spiking EU decarbonisation moves, in a letter seen by EURACTIV.

The EU’s 2030 climate and energy framework package was presented on 22 January 2014 as a successor to the three 20-20-20 targets of 20% greenhouse gas cuts, improvements in energy efficiency and renewable energy market penetration, all by 2020.

The energy efficiency goal is non-binding and remains the only one the bloc is not on track to meet.