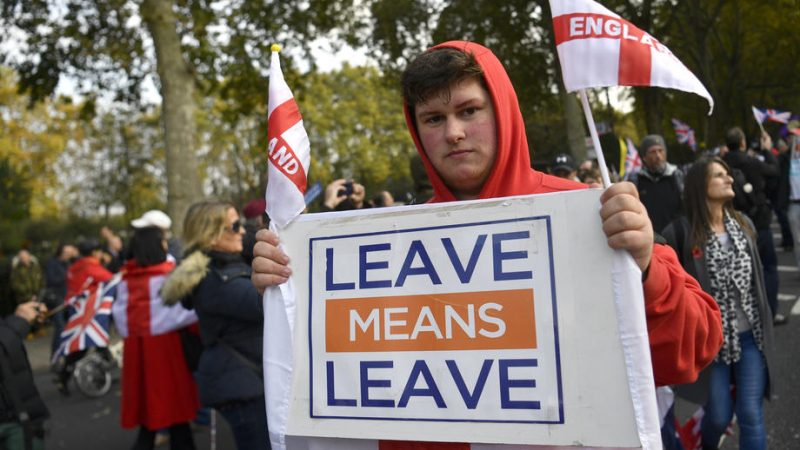 The new “Brexit Freedoms Bill” will make it easier to amend or remove what he called “outdated” EU laws that London has kept on its statute books as a “bridging measure” after leaving the bloc.

It will be part of what the British leader dubbed a “major cross-government drive to reform, repeal and replace” the European laws retained and cut red tape for businesses.

“The plans we have set out today will further unleash the benefits of Brexit and ensure that businesses can spend more of their money investing, innovating and creating jobs,” Johnson said in a statement.

“Our new Brexit Freedoms Bill will end the special status of EU law in our legal framework and ensure that we can more easily amend or remove outdated EU law in future.”

The move is part of a flurry of announcements expected imminently from the government in key policy areas, as it also grapples with the growing international crisis over Russia’s military build-up near Ukraine.

The govt is returning to its moronic "bonfire of red tape" Brexit lies tomorrow.

Brexit will ALWAYS mean more red tape, as our freedom of travel as well as movement of goods, capital and services have been curtailed.

Plus lower regulations = can't sell your products to the EU. pic.twitter.com/raxyAWIvZm

However, critics have accused Johnson of rushing out half-baked plans and so-called “red meat” policies to shore up support among his own increasingly disgruntled Conservative MPs.

That follows persistent calls for him to resign over claims of lockdown-breaching parties in Downing Street and several other recent scandals.

Britain left the EU on 31 January 2020, but continued to abide by most of its rules and regulations until the start of 2021 under the terms of its withdrawal deal.

Although it then left the 27-member bloc’s single market and customs union, it kept many European laws on the books, pledging to change or repeal them individually post-Brexit.

Meanwhile the government insists it has made “huge strides” outside the EU, striking some trade deals with countries and forging a new independent foreign policy built around a “global Britain” mantra.

But it has also been beset by issues blamed on Brexit, with the increased paperwork needed causing delays and even shortages of products while some industries complain of growing labour shortages.

Meanwhile special arrangements agreed for Northern Ireland, aiming to avoid a “hard” border on the island of Ireland, have proved highly contentious there and led to increased political instability.