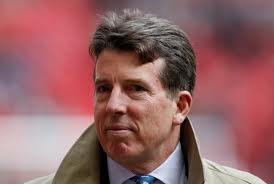 The European Parliament will stand firm against Britain's attempt to limit proposals designed to curb bankers' bonuses and the powers of the European Banking Authority, an influential MEP told EURACTIV.

Othmar Karas, an Austrian MEP from the centre-right European People’s Party (EPP), said in an interview that new EU rules to beef up bank capital should be agreed in a single Parliamentary hearing this autumn.

Karas, who is the Parliament's rapporteur on the Capital Requirements Directive (CRD IV), explained that the issue was removed from the schedule of this week’s Strasbourg plenary – where it was slated to be discussed today (5 July) – because it would only have been debated, rather than agreed.

Rules designed to beef up bank capital in the wake of the financial crisis were agreed by EU finance ministers on 15 May after the UK won a concession enabling it to preserve control over national supervisory authorities.

The agreement was dogged by a dispute over whether countries like Britain should be allowed to enforce stricter capital rules than those agreed for at the European Union level.

'Everyone can do what he wants'

Britain has been fighting to maintain financial authority over the City of London, Europe's finance capital, as other EU members move to centralise supervision of banking and finance in Brussels and the London-based European Banking Authority (EBA).

But Karas indicated that the Parliament will seek to more power for the EBA.

“We say not all power must go to the EBA, but nor should there be too much flexibility," he said. "You cannot have European regulation and then open the last page of the text, and it says everyone can do what he wants.”

Britain is also keen to prevent the introduction of de-facto curbs on bankers pay. The Parliament is fighting for a ratio of one-to-one, salary to bonus, in the sector, whereas member states such as the UK want limits on bonuses to be left to the discretion of shareholders.

Vicky Ford, a Conservative MEP and member of Parliament’s economic and monetary affairs committee, told the British newspaper the Daily Telegraph on 16 June that there was “a lot of sympathy” for more flexible rules that would allow shareholders the final say on how much banks can pay their staff.

Karas cast doubt over that analysis, saying that he would continue to push for the one-to-one ratio, and implying that any deal involving shareholders’ discretion would be limited.

“One possible result would be to involve the shareholders for anything above that [one-to-one ratio], so for example there could be a basic rule of 1:1, giving companies the option of increasing the bonus to up to 1:1.5, but only on condition that this was done with the acquiescence of the shareholders,” Karas said.

Banking culture in the City of London is the subject of domestic scrutiny in the wake of an interbank interest rate-fixing scandal which saw Barclays fined €360 million last week by the UK Financial Services Authority.

Barclays chief executive Bob Diamond – who earned €26 million last year in salary, bonuses and share options, and is reported to have a personal wealth of €132 million – resigned on Monday.

“The problem everybody has is that if you cap bonuses you push up basic salaries and that would go against the previous rules put in place, which require banks to link pay to long-term performance,” said Vicky Ford MEP (UK; Conservatives & Reformists) cited in the Daily Telegraph on 16 June.

The Basel Committee comprises regulators from 27 countries - including the United States, Britain and China - to set prudential rules for banks.

The group in 2010 agreed to more than triple the core capital than lenders must hold to protect themselves from insolvency as part of a measures to prevent a recurrence of the financial crisis that followed the collapse in 2008 of Lehman Brothers Holdings Inc.

The measures, known as Basel III, must be implemented into nations’ laws before they take effect.

Denmark, whose six month EU presidency has just expired, sought to translate the higher capital standards set by the Basel Committee regulators into EU law by the start of next year by reaching a consensus and an accord with the European Parliament by the end of June.

The compromise allowed a margin of flexibility so countries that want to can require their banks to increase their capital buffers up to 3 % beyond the minimum of 7% required by the Basel rules, without clearing their decisions through the Commission or European Banking Authority.

The new Basel rules must be in place by the beginning of next year, and they will affect up to 8,300 European banks.

3 responses to “UK warned: Parliament to hit back on bankers’ bonuses”