The UK will become a “trojan horse” inside the EU should the country fail to withdraw from the bloc, prominent Pro-Brexit conservative MP Mark Francois has threatened.

Speaking at a conference for the Bruges Group think-tank in London, Francois, along with a series of other Brexiteer MPs, delivered a message to EU leaders on Tuesday (9 April).

“If you attempt to hold us in the European Union against the democratically expressed will of the British people, then in return, we will become a Trojan horse within the EU, which would utterly derail all your attempts to pursue a more federal project.” 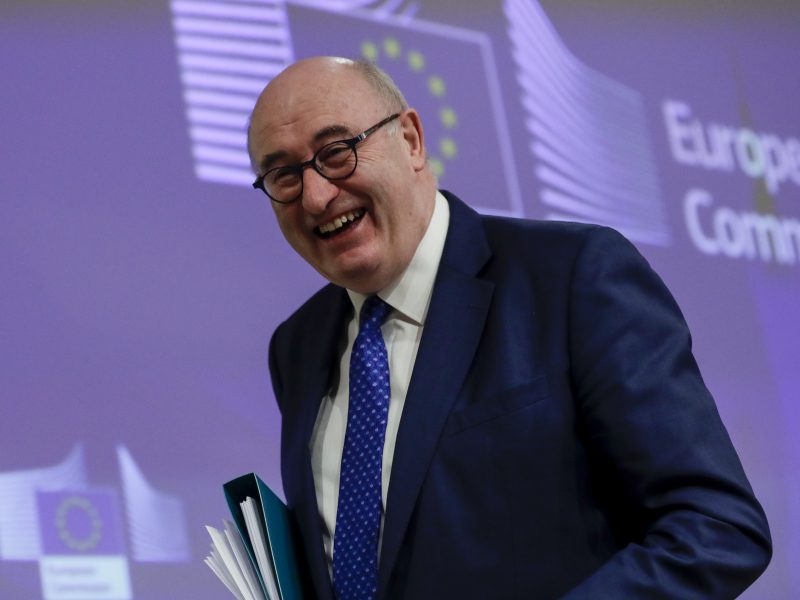 Francois had also gone on the offensive a day before, this time against his own Party, in calling for another vote of no confidence in Prime Minister May.  He had claimed that the May needed to be ousted from her role for “the existential future of our party and the destiny of our country.”

Francois’ comments on Tuesday came as May made several last-ditch visits to the continent to meet French President Emmanuel Macron in Paris and German Chancellor Angela Merkel in Berlin, ahead of Wednesday’s special Brexit summit with EU leaders in Brussels.

A copy of the draft conclusions of the summit was circulated amongst EU ambassadors on Tuesday evening. The date for the UK’s proposed departure was left intentionally blank, with the document stating that any prospective extension period should be “only as long as necessary and, in any event, no longer than [XX.XX.XXXX]”.

Meanwhile, European Council President Donald Tusk said on Tuesday evening that the UK could be offered a “flexible” extension of up to a year, with the potentiality of leaving earlier should a deal be agreed on in the House of Commons before that time. However, in the latter regard, Tusk did not appear confident. In a letter to EU leaders ahead of the summit, he wrote:

“Our experience so far, as well as the deep divisions within the House of Commons, give us little reason to believe that the ratification process can be completed by the end of June.”

This situation could be worsened, Tusk said, but consecutive failings in the House of Commons to find a consensus, which could result in the problematic outcome in having to implement further extensions. As a result, he said, this is why he would favour a “alternative, longer extension.”

Nevertheless, to the disbelief of many in Brussels, some in Westminster are still calling for the Withdrawal Agreement to be renegotiated.

On Tuesday, pro-Brexit MP and Leader of the House of Commons, Andrea Leadsom, said that it would be “fantastic” if Angela Merkel would agree to reopen the talks on the plans, which the EU has repeatedly stated have been finalised and are no longer up for discussion.

Leadsom cited “rumours” emanating from “senior members of the German government” that the opportunity to rehash the Withdrawal Agreement could still be a possibility.

One response to “UK will become ‘Trojan horse’ inside EU, British MP threatens”