The UK will demand changes to the Northern Ireland Protocol in talks with the EU in the coming days, Cabinet Office minister Michael Gove said on Monday (8 February).

Speaking during a hearing with UK lawmakers on the European Scrutiny committee on Monday (8 February), Gove repeated the government’s demand for the Northern Ireland protocol to be re-opened, telling MPs that there were “a number of areas where we need refinements”.

The Protocol has been a major point of controversy for the ruling Conservative party since the start of talks on the UK’s withdrawal from the EU. MPs reluctantly agreed to the Protocol in order to avoid a ‘no deal’ Brexit.

But debate on the Protocol, which establishes a system of customs checks for goods arriving in Northern Ireland and the Republic of Ireland from Great Britain, has been restarted by the European Commission’s shortlived decision two weeks ago to impose controls on deliveries of the COVID vaccine using Article 16 of the Protocol.

Gove, who is the UK minister responsible for implementing the UK’s Withdrawal Agreement with the EU, told lawmakers that the row was “an extremely important moment”.

“Damage has been done, trust was eroded… and movement is required to ensure we have an appropriate reset,” he said.

The Commission’s decision to draft an implementing regulation to invoke the Protocol prompted a furious reaction from Boris Johnson and the Irish government. The EU executive quickly backtracked, but the regulation remains in place, although the EU says it will not invoke it and that there will be no disruption to the delivery of vaccines to the UK.

“Article 16 it is not there to ensure that the EU’s own vaccine programme can be salvaged. It is still of concern that the EU reserved the right to return to Article 16,” said Gove.

However, the minister told lawmakers that he had not asked the EU to revoke the regulation.

European Commission Vice President Maroš Šefčovič will travel to London later this week for further talks with Gove on the implementation of the Protocol.

Last week the Democratic Unionist Party, the largest party in the province, launched a campaign for the Johnson government to scrap the Protocol.

Gove, who last week, formally requested an eighteen month extension to the grace periods under which firms are exempted from EU customs checks and procedures, told MPs that the Protocol was “not working at the moment”.

“There are difficulties and delays facing people in their daily lives but they can be resolved within the context of the protocol, we don’t need to ditch it,” he said

If the EU executive refused to agree to concessions, the Johnson government would “reserve its right” to invoke Article 16, which can be used by the EU or UK in the event of “serious economic, societal or environmental difficulties”.

Emma Churchill, director general of the Border and Protocol Delivery Group at the Cabinet Office, told MPs that said “trade flows have held up exceptionally,” adding that “trade flows are absolutely at their normal levels”. 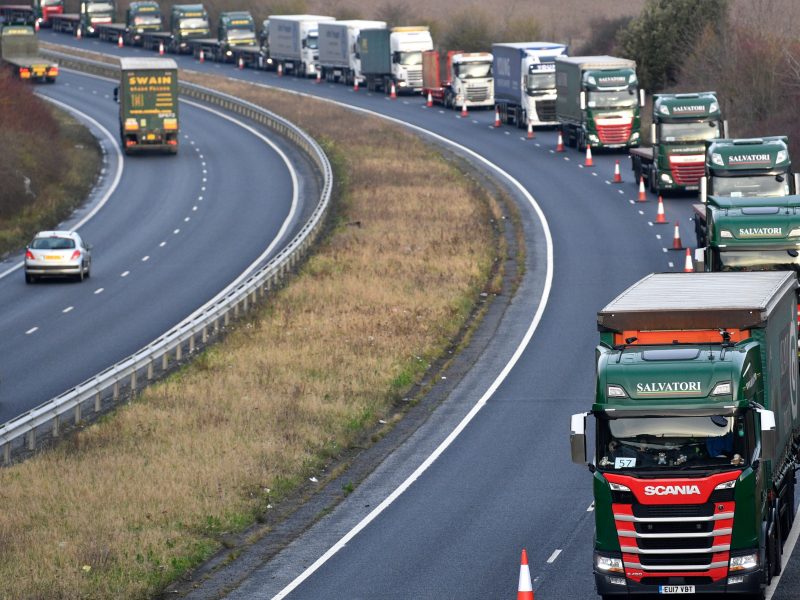 The UK government on Sunday (7 February) denied reports by road hauliers that exports to the EU fell by two thirds in the first month of the new UK-EU trade deal, saying: “We do not recognise this figure”.