Alongside her finance minister Philip Hammond, May hosted at Downing Street around 15 senior executives from global banking institutions, including the heads of Barclays, Deutsche Bank and HSBC.

The meeting — the first of its kind since Britain and the EU made progress in divorce talks in December — was held “to discuss the opportunities and challenges for the financial sector posed by Brexit,” a Downing Street spokesman said.

“We will not be paying for market access,” he told reporters ahead of the gathering.

Can’t get over this. @DavidDavisMP campaigned for and now responsible for negotiating Brexit, states we have to leave the single market, customs union, suddenly realises businesses will have to relocate to the continent. Then makes out its the EU’s fault. https://t.co/dL5TmohBx9

The stance follows a Bloomberg News report that EU officials are considering a proposal to require Britain to pay for financial companies to access European markets following Brexit.

While on a trip to Germany on Wednesday, Hammond had told reporters that paying for access would be among the issues discussed in future EU divorce talks which are set to restart, with a focus on agreeing a transition period, at the end of this month. 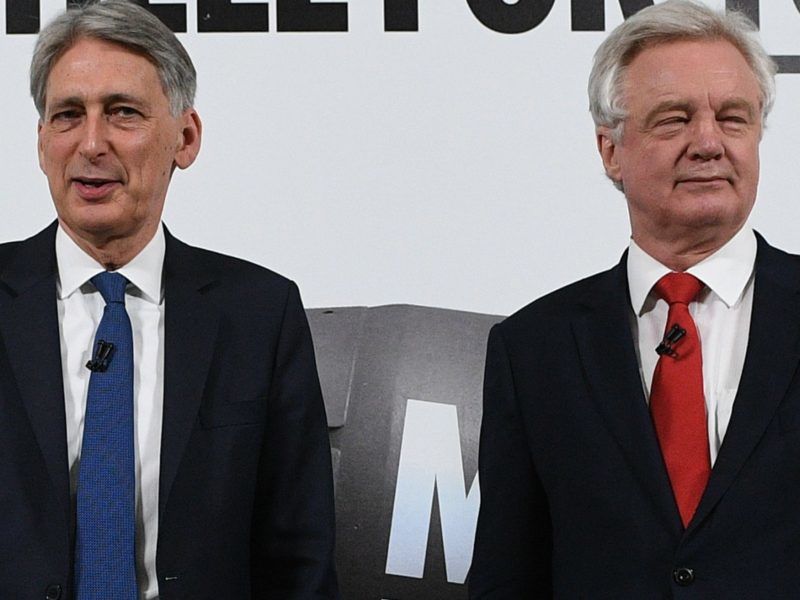 Facing a tough line from Brussels on what economic ties between Britain and the European Union will look like after Brexit, a pair of senior British ministers made a direct pitch to Germany to cut Britain a good deal.

Finance sector chiefs have long advocated an implementation phase after Britain leaves the EU as planned on 29 March 2019, to avoid disruption as both sides adjust to a new trading relationship.

Britain’s exit from the single market could mean these companies lose financial “passporting” rights that allow them to offer products and services on the continent from regional headquarters in the UK.

Many companies are preparing for Brexit by obtaining banking licences in other European countries and drawing up plans to move activities and jobs to financial centres in Europe.

At Thursday’s meeting May asked the finance titans to “emphasise the benefits for Europe as a whole of the UK’s financial centre” during any conversations they have in European capitals, the Downing Street spokesman said.

“The Prime Minister gave an overview of the UK’s position and updated on Brexit negotiations — including the UK’s aim to agree an implementation period by the end of March,” he added.

“The business leaders were united in emphasising the need for as much certainty as possible,” the spokesman said.

“There was agreement that fragmentation of the European market would likely benefit centres outside of Europe,” he added.

Brexit economic impact assessments on leaving the Single MArket and Customs Union just published –
by @MayorofLondon … for whole of UK, not just London:https://t.co/sy8KVTDgy7