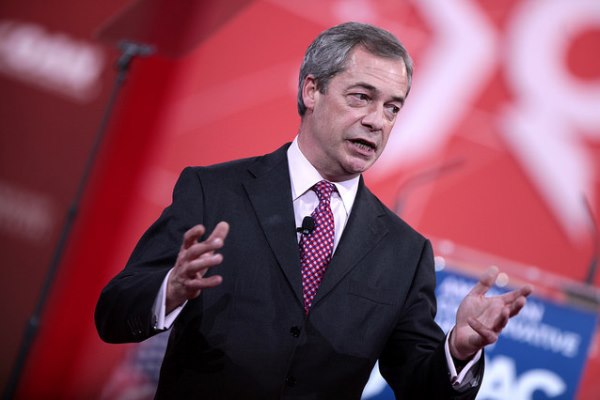 The UK Independence Party has dropped the idea of imposing a cap on immigration of 50,000 a year.

UKIP leader Nigel Farage said people where “obsessing” over caps and that there needed to be more “flexibility”.

The party will retain its policy on a five year ban on unskilled immigration it seeks to being immigrations levels down to what it calls “normality” which UKIP define as between 20,000 – 50,000 a year.

Speaking to BBC radio, Farage said, “From 1950 until nearly the year 2000, from Windrush onwards, normality was net migration into Britain which varied between about 20,000 and 50,000 a year. The effect of UKIP policies would be to bring us back to those kinds of numbers.”

UKIP wants to control immigration by leaving the EU and introducing an Australian style points system, which the party argues places more emphasis on skilled rather than unskilled immigration. Under such a scheme UKIP claim only 27,000 people would have been allowed into the UK last year.

George Osborne, the Conservative Chancellor of the Exchequer, accused Farage of “making it up has he goes along.”

>>Read: Support for UKIP slips before May election

Osborne’s own party are under pressure after the latest immigration figures showed they have emphatically missed their own target to reduce net migration down to the tens of thousands.

Figure released by the Office of National Statistics last week showed net migration into the UK currently stood at 298,000. The figure is 54,000 higher than when the Conservatives came to power in 2010.

Despite internal divisions within the Tories, the party have confirmed they will repeat their pledge to reduce immigration to the tens of thousands if they are returned to power after the general election on 7 May.

According to a ComRes/ITV poll last week shows UKIP is the party most trusted to control immigration.

Just under half don’t think UKIP is a credible party, while 44% think the party is racist.

David Cameron has promised to put the issue of migration at the heart of a renegotiation of the terms of EU membership. Labour have promised to clamp down on companies paying foreign workers less than UK nationals.

The UK Independence Party is the UK's most prominent eurosceptic party. They campaign for Britain to leave the EU, and for a dramatic reduction in levels of immigration.

They currently only have two MPs. Although UKIP is expected to win less than 10 seats in May's general election, that could be enough to deny the Conservatives a ruling majority.

Their support in the polls slipped recently after a series of political gaffes further enhanced their reputation as a racist party.

Most recently, UKIP councillor Rozanne Duncan told the BBC that she has a "problem" with "Negroes."