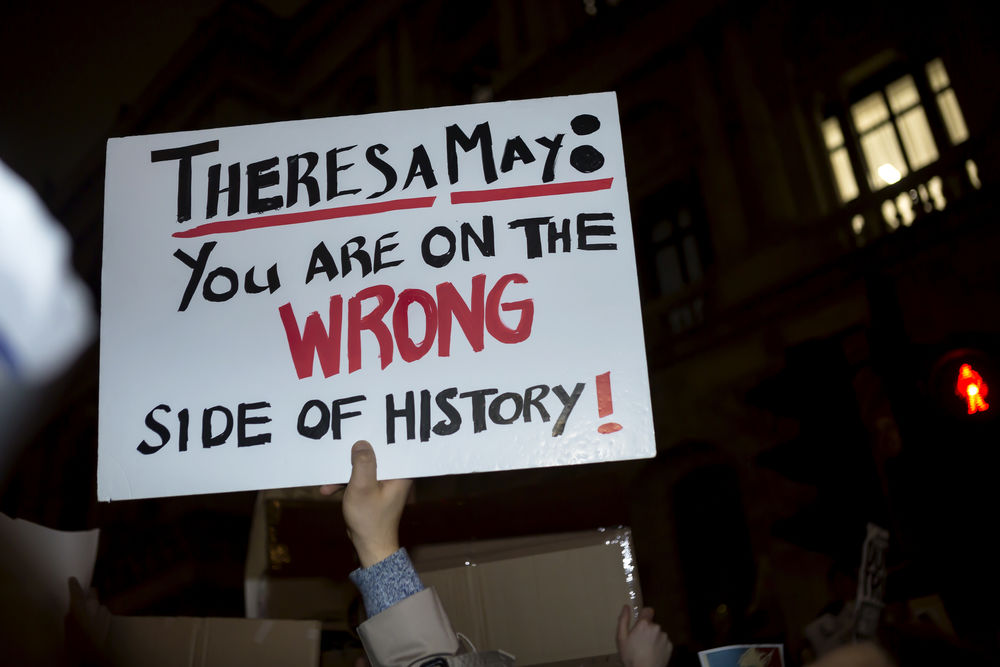 UK PM Theresa May will have welcomed today's verdict, following a rough few weeks in which she lost a Supreme Court case and was criticised heavily for cosying up to Donald Trump. [JaneBrown/ Shutterstock]

“The current claims are premature and for that reason, permission to apply for judicial review is refused,” the judges said in their ruling.

The case had been brought by campaigners who wanted a “soft Brexit” that would keep the United Kingdom in the European single market through membership of the EEA.

The government welcomed the ruling.

“We will not be a member of the single market and we will be seeking a broad new partnership with the EU,” a spokeswoman said.

In a landmark decision last month, the Supreme Court ruled that parliament must give its approval before the government invokes Article 50 of the EU’s Lisbon Treaty, the formal mechanism for pulling out.

In Friday’s ruling, High Court judges rejected the attempt to do the same over the triggering of Article 127, which would pull Britain out of the EEA.

The EEA area contains the EU’s 28 member states plus Norway, Iceland and Liechtenstein.

The EEA Agreement provides for the free movement of persons, goods, services and capital within the single market.

EU leaders say the so-called four freedoms are indivisible and will thus not let the UK control EU immigration while remaining inside the single market.

Prime Minister Theresa May has said she therefore intends to pull the country out of the EEA and seek a free trade agreement with the EU.

Immigration into Britain from the EU ran at 284,000 in the year to June 2016 and was a key issue in the referendum in which 52% voted for Brexit.

The campaigners who lost their case were led by Peter Wilding, chairman of the pro-EU pressure group British Influence, and Leave-voting Conservative lobbyist Adrian Yalland.

“I voted to leave the EU but parliament did not intend the referendum to cover the issue of membership of the EEA,” Yalland said.

“Brexit gives us our country back but a hard Brexit risks breaking it up,” he added, saying there was a risk of Scotland seeking independence.

The government’s Department for Exiting the EU said the case was unarguable and contended: “Once the UK leaves the EU, the EEA Agreement will automatically cease to apply to the UK.”