British Prime Minister Boris Johnson challenged opposition MPs to try to remove him Wednesday (25 September) in a defiant response to the Supreme Court’s ruling that his suspension of parliament was unlawful.

Britain’s highest court on Tuesday (24 September) found the Conservative leader acted illegally in suspending, or proroguing, parliament for five weeks in the run-up to Brexit.

But Johnson showed no contrition as he faced the newly reconvened House of Commons, and repeated his vow to leave the European Union on October 31 with or without a deal with Brussels.

To cheers from his Conservative MPs and roars of outrage from the opposition benches, he condemned the court ruling as “wrong”. 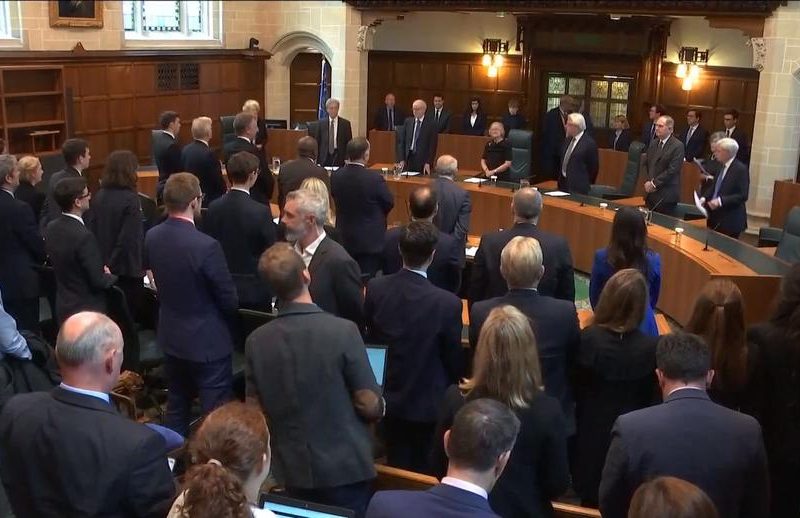 Faced with calls to resign, he challenged Labour and other opposition parties to call a confidence vote in his government, saying he would make time for it to be debated on Thursday.

“Will they have the courage to act or will they refuse to take responsibility and do nothing but dither and delay… what are they scared of?” he shouted across the chamber.

Labour leader Jeremy Corbyn declined the offer – even while calling on Johnson to resign, saying he was “not fit for the office he holds”.

Corbyn said he would not back an election until the prime minister’s threat of leaving the EU without a divorce deal was removed.

In the week before parliament was suspended earlier this month, MPs passed a law requiring Johnson ask the EU to delay Brexit if he cannot get a deal.

Johnson, who only took office in July, says he suspended parliament until October 14 to launch a fresh legislative programme.

But critics accused him of trying to silence MPs at a crucial time, with the terms of Brexit still undecided three years after the 2016 EU referendum.

On Tuesday, 11 Supreme Court judges unanimously ruled that the suspension was unlawful and therefore void, as it had frustrated parliament.

But Johnson, who flew back early from the UN General Assembly in New York to address MPs, accused lawmakers of trying to undermine Brexit.

Parliament was “gridlocked, paralysed and refusing to deliver on the priorities of the people”, he said.

“This parliament must either stand aside and let this government get Brexit done or bring a vote of confidence and finally face the day of reckoning with the voters,” he added.

His spokesman said that a failure to call a confidence vote this week would be seen as a mandate to proceed with his Brexit strategy. 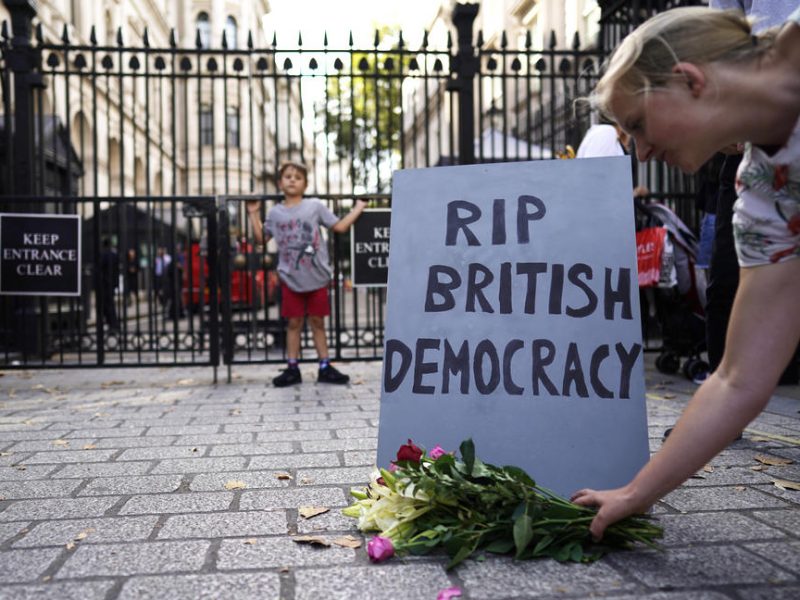 But a highly-charged debate, many opposition MPs condemned Johnson’s “shameful” lack of humility.

And amid a rise in attacks on MPs, many abhorred his “dangerous” use of the terms surrender and betrayal when referring to their approach to Brexit.

A Conservative source said the government would seek Thursday to suspend parliament for three days next week for the centre-right party’s annual conference.

It is standard practice to have a recess while all the parties hold their gatherings in September, but MPs are so angry they could vote against the plan.

The premier has already tried twice to call an early election, hoping to take advantage of opinion polls showing voters like his tough Brexit stance.

However, a snap election requires support of two-thirds of MPs, and Johnson does not have even a simple majority in the 650-seat House of Commons.

The Scottish National Party’s (SNP) Westminster leader, Ian Blackford said if Johnson did not resign, MPs would at some point unite to remove him.

“We cannot trust this prime minister, his time must be up. His days of lying, of cheating and of undermining the rule of law,” he said.

The Supreme Court ruling follows a series of defeats in parliament for Johnson, the most damaging of which was the law designed to avoid a “no deal” Brexit.

Johnson continues to insist he will leave the EU on October 31, but unless he finds a loophole in the law, he can only do this by getting a deal.

He is seeking to amend the terms struck by his predecessor Theresa May, which parliament rejected.

He suggested Wednesday that an alternative to the controversial “backstop” plan for the Northern Irish border was taking shape which would not trap Britain in the EU’s customs union indefinitely.

However, EU leaders are not as optimistic. 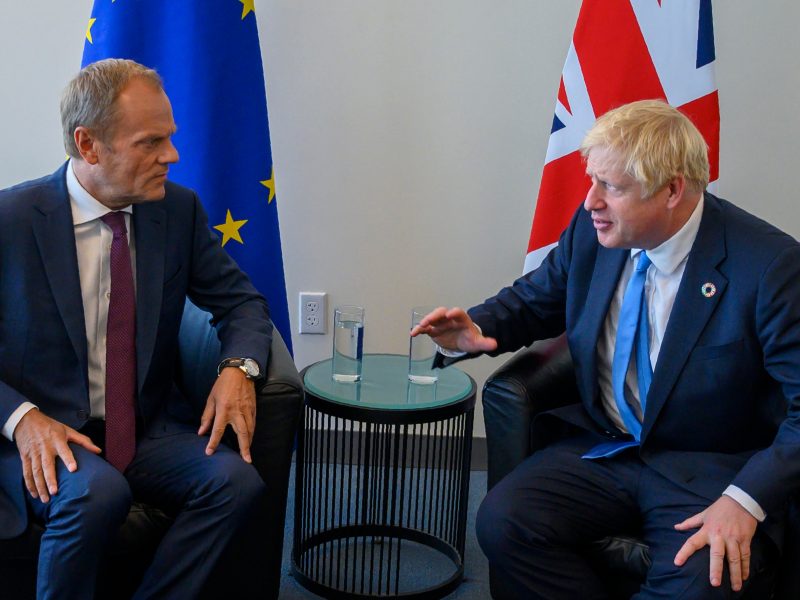 British Prime Minister Boris Johnson reiterated a call for “flexibility” from the EU in Brexit talks during a meeting with Council President Donald Tusk in New York Monday (23 September) that failed to yield a breakthrough.