So when former Defence minister Michael Fallon pronounced in September 2016 that “defence is for NATO, not for the EU” it would have been logical to assume that post-Brexit Britain would play little if any part in the EU’s freshly minted common defence instruments.

But, as ever, it’s more complicated than that.

The UK’s Ministry of Defence is participating in a trial of the EU’s Coordinated Annual Review of Defence (CARD), launched last year, which seeks to coordinate defence budgets across the bloc. Ministers have indicated that they would like to remain in CARD, as well as the €4.5bn European Defence Fund, European Defence Agency, and EU Battlegroups, which pool soldiers and military expertise in joint missions.

The UK is also hoping to carve out a ‘partial’ or ‘project’ role in the Permanent Structural Cooperation (PESCO) military integration project, launched last December by 25 EU governments, after it leaves the EU next March.

“The irony is that the EU is getting serious about defence just as the UK is leaving,” says Sophia Besch, a defence expert at the Centre for European Reform.

The UK’s partnership paper on defence, which set out the May government’s position on future EU-UK relations, published last autumn, was received “with glee in Brussels because it was so supportive,” Besch told EURACTIV.

The UK’s apparent commitment to the EU’s new defence agenda is doubly ironic since the UK’s governing Conservative party still views anything that sounds like an ‘EU army’ with barely disguised horror.

The fact that the EU’s defence programmes are still at a developmental stage means that defence is one of the few policy areas where an à la carte approach could work.

Involvement in PESCO and EU military operations can be obtained without the UK being subject to control by EU institutions. Being part of the Defence Agency or EU Battlegroups would not, however, mean that the Theresa May’s government would have to be a bit more flexible with its ‘red lines’.

But the new institutions’ infancy, combined with the need to make arrangements with existing agencies like the EDA, which regulates the defence industry, also creates plenty of complexity.

“In the defence field, we have lots of agencies involved and the difficulty for the UK is that the EU hasn’t come up with the third party arrangements,” said Besch.

“The EU would ideally use the Brexit process to reform its third country arrangements…they currently make it very hard for other countries to participate in missions.”

The EDA, which partly manages capability development, does have arrangements with Ukraine and Norway and other countries to allow them to be part of some projects. PESCO, however, is under the governance of the EU-25, whose ministers are currently deciding on its governing structure.

For the moment, UK diplomatic sources and politicians remain outwardly confident that, in the defence field at least, Brexit is unlikely to change the existing relations with Europe. The UK is the second-biggest military spender in NATO and the rest of Europe would hardly benefit from excluding it. 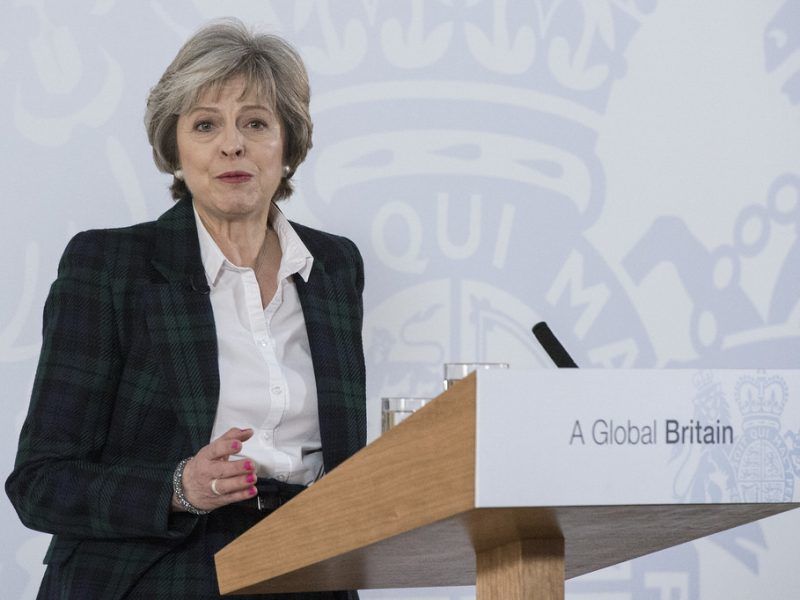 “The French are very committed to the idea of a defence and security treaty, there’s a lot that we can do together,” Conservative MP Tom Tugendhat, who chairs the UK Parliament’s Foreign Affairs committee, told EURACTIV earlier this month.

They are “as committed as ever to a bilateral security relationship,” he added.

The desire that nothing changes is shared by the defence and intelligence service. Robert Hannigan, the former head of the UK intelligence service, has warned that UK defence firms would fall into a “steady decline” if they lost the ability to collaborate with the EU defence sector.

But it is unlikely to be that simple. Granting special status to London could be problematic, for example, for the EU’s already difficult relationship with Turkey, itself a member of NATO, like the UK.

In the meantime, the uncertainty of the Article 50 negotiations is also having an effect. Last week, the MoD withdrew its offer to lead an EU Battlegroup in 2019 because of the Brexit process.

In a statement, however, the MoD said the UK’s “unconditional commitment to European security” remained unchanged.

“As we have said, we are seeking a deep and special partnership in this area and see no reason why it could not already be effective from 2019,” the ministry said.

It is this realpolitik which is likely to win the day. Part of France’s commitment to PESCO and the other instruments is borne out wanting other European countries to share costs and put boots on the ground in the Sahel region in North Africa and other theatres.

Having the cash and military expertise of Europe’s other defence powerhouse is a juicy carrot to France and other EU capitals.

“Ideally the UK will be able to opt-in to what they like, the only issue is going to be money,” says Besch. “Unlike trade, it’s not zero-sum. There is an outcome where both sides win.”