United Kingdom hopes for a return to Eurovision glory, reverse of Brexit bias 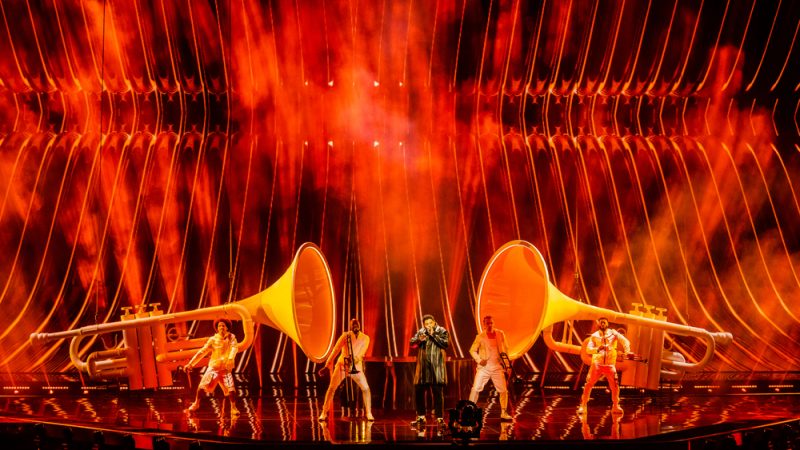 James Newman represented the UK at Eurovision 2021 and did not receive a single point. [Shutterstock / Ben Houdijk]

A quarter of a century has passed since the UK last won the Eurovision Song Contest, leading to years of speculation on whether political events such as Brexit crushed their chances of winning, but this year the tables may well turn.

It was back in the spring of 1997 when the UK last won the Eurovision Song Contest with Katrina and the Waves, “Love Shine a Light”.

In total, the UK has only won Eurovision five times since their first participation in 1957, all of which were before the year 2000.

Ever since, things have gone downhill, and they have managed to come last place five times and get zero points for two of their performances. Just to rub it in, the UK has not been in the top ten since 2009, even though they have been one of the countries pre-qualified for the final since 1999.

To be fair, they hold a record 15-second place finishes. This year could very well make the count 16.

Saturday evening, TikTok star Sam Ryder will represent the UK with “SPACE MAN”, and according to eurovisionworld.com, bookmakers have predicted a 10% chance of him winning. While that might not sound like much, the only country predicted a higher probability is Ukraine.

So after years of confusion as to why the UK has done so badly, blaming it on Brexit and other political incidents, we might soon witness a return to greatness for the UK’s Eurovision entries.

Bad because of Brexit

Long before they left the EU, the British were generally sceptical of the Union. And from the very beginning, they may also not have felt particularly welcome — when the UK tried to enter the European Economic Community (EEC), former French President Charles De Gaulle used French veto rights against British accession twice before they were finally accepted.

Fast forward to the Brexit referendum in 2016 and finally leaving the EU in 2021, these years’ disastrous Eurovision results for the UK have often been blamed on cold, hostile Brexit winds from the European continent.

Take last year, when many Brits interpreted the UK’s grand total of nil points as a result of leaving the EU.

“WHAT A POLITICAL FARCE. UK WASN’T GOOD ENOUGH BUT NIL POINTS DEFINITELY NASTY BACKLASH OVER BREXIT,” a Twitter user screamed to the internet, according to the UK tabloid Express.

They also reported how another user commented: “I thought the whole point of Brexit was that we wouldn’t have to be in nor watch the #Eurovision contest…”

It even got to the point where Liz Truss, UK international trade minister at the time, dismissed the claims that no one voted for the 2021 UK entry because of Brexit.

“I don’t think it’s a post-Brexit snub. I think that we need to have more competition to get the right entrant. I think they need to be more tested with the public,” Truss said to LBC radio.

What Truss said touches upon what might be the real reason that the UK has done so poorly for many years: the songs simply have not been very good.

An opinion piece in the Guardian from 2021 agreed, claiming that the UK tracks have been “dull”. In 2013 the Spectator declared that “we don’t do badly because Britain is politically friendless, but because the music we enter is awful.”

There is a reason for that, Greign Watts, who led the BBC’s search for artists and singers for its national selection contest between 2016 and 2018, told VICE.

“It was so difficult to find people due to the negative press about Eurovision,” Watts said.

Judging by the creative insults often found in various British media, that could very well be one of the main causes.

“To my mind, only a very few people came out of it well: wind machine operators, dancers who used their training at mime school to upstage their nations’ singers, manufacturers of indoor fireballs, and above all, whichever conglomerate supplied the Portuguese electricity board (the Russians probably),” wrote the Daily Mail in a review after the 2018 performance “Storm” by SueRie who finished 24th out of 26.