In a surprise admission, Verhofstadt said that “I never thought I’d say this in my life […] but maybe the only thing that can save us is Nigel Farage”, suggesting that Labour and Conservative forces will be forced to find a cross-party agreement to counter the former UKIP leader’s new Brexit Party.

Talks are set to continue in Westminster later today between the two British parties, despite the lull of the Easter recess.

Farage told the Strasbourg plenary that his new party would win a general election if UK PM Theresa May and Labour leader Jeremy Corbyn agreed on a permanent customs union compromise, adding that such a solution would be “complete and utter betrayal”.

Meanwhile, European Commission President Jean-Claude Juncker told EU lawmakers that it will be up to the UK when it leaves the bloc but added that it was not his working assumption that Brexit could be reversed or extended beyond a new 31 October deadline.

Speaking at the Parliament’s last plenary session only a week after EU leaders offered May a six-month Brexit delay, Juncker pointed out that the EU has “nothing to gain” from the disruption a no-deal Brexit would bring to the UK.

“The only ones who would benefit are those who resent multilateralism and seek to undermine the global legal order,” Juncker warned.

“We have adopted the necessary contingency measures and we are ready for a no-deal Brexit,” he said, adding that the EU is on a break from Brexit and needs to focus on other policy matters.

The Commission president praised the “good practice” of working with the Brexit steering group, which Verhofstadt leads, emphasising that nothing can be decided on Brexit without taking into account the position of the Parliament.

“I do not like the date of the 31 October, it is the last day for me in office as the president of the Commission. We cannot have a night session, because I will have to leave at midnight, of course, Donald [Tusk] can stay,” Juncker joked.

European Council President Tusk for his part emphasised that it is “clear to everyone, there will be no opening of the Withdrawal Agreement. However, the EU is ready to reconsider the political declaration.”

He also said the EU did not give in to “fear and scaremongering” about the UK disrupting the EU’s functioning during a Brexit extension. 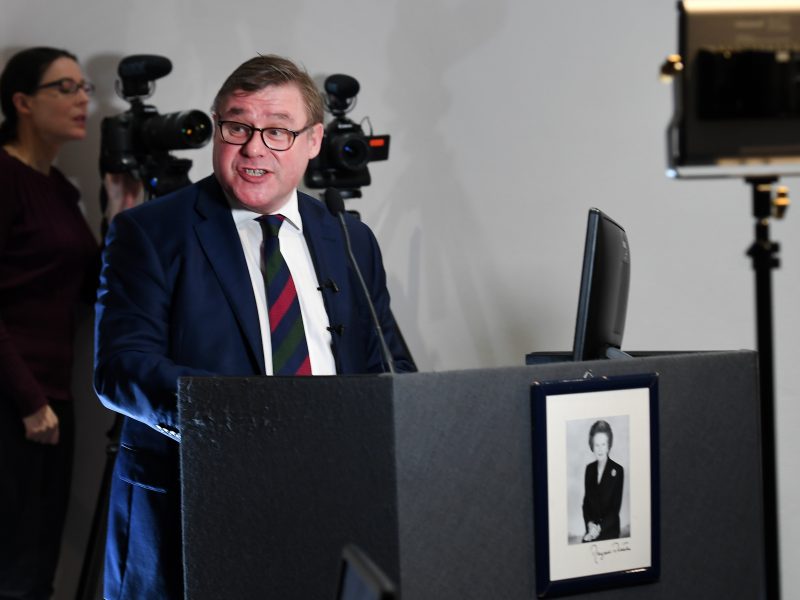 “In fact, since the very beginning of the Brexit process, the UK has been a constructive and responsible EU member state and so we have no reason to believe that this should change,” Tusk said.

Tusk added that if the UK does indeed elect MEPs then “they will be full members of the Parliament with all the rights and obligations. I am speaking about this today because I have strongly opposed the idea that during this further extension the UK should be treated as a second category member state. No, it cannot.”

In his speech in Strasbourg, he criticised senior MEPs after he was accused of dividing the EU and prolonging the Brexit crisis for Europe by delaying it to 31 October.