We will walk away if no deal likely in June, Johnson warns EU

The UK has threatened to walk away from Brexit trade talks and head towards WTO trading terms with the EU if a draft deal is not in place in June, according to the mandate published by Boris Johnson’s government on Thursday (27 February).

The mandate states that the outline of a deal should be in place at a June summit “and be capable of being rapidly finalised by September”.

“If that does not seem to be the case at the June meeting, the government will need to decide whether the UK’s attention should move away from negotiations and focus solely on continuing domestic preparations to exit the transition period in an orderly fashion,” it says.

During the campaign for December’s UK general election, Johnson promised that he would not extend the eleven-month transition period during which the UK remains part of the Single Market, which concludes at the end of 2020. However, putting so much weight on the June ‘high-level’ meeting with EU leaders increases the prospects of a no-deal scenario.

The UK government sets out its plans for a tariff-free and quota-free Comprehensive Free Trade Agreement based on the EU-Canada trade pact.

It also repeated London’s red lines, the most tricky to square are likely to cover fisheries, the UK’s refusal to align with future EU Single Market laws, and its wish to prevent European Court of Justice rulings from having any jurisdiction in the UK.

“The government will not be seeking to dynamically align with the EU,” Cabinet office minister Michael Gove told the House of Commons.

Gove is expected to have a key role in covering the detail in the talks.

The mandate adds that the UK will set up “its own regime of subsidy control”, a nod to London’s plans to set up its own domestic version of the Common Agricultural Policy and move away from EU state aid rules.

The UK mandate foresees a separate agreement with the EU on fisheries based on “the EU’s relationship with other coastal states”. It adds that the UK “will no longer accept the ‘relative stability’ mechanism for sharing fishing quotas” used by the EU.

It would also like to establish individual agreements with the EU on aviation, energy and climate change, mobility and social security, nuclear co-operation, law enforcement and judicial co-operation. However, that will not include participation in the European Arrest Warrant, which allows criminal suspects to be extradited from other EU countries.

However, the Johnson government states that it would like to continue to participate in the Horizon Europe research programme, Euratom and Copernicus, the EU’s earth observation programme.

It confirmed that it will also seek data ‘adequacy decisions’ from the European Commission to maintain data flows between the UK and the bloc.

The UK’s belligerent approach puts it on another collision course with the EU.

On Tuesday, EU chief negotiator Michel Barnier warned that the talks would be “complex, demanding and difficult” and repeated that the UK “cannot expect high-quality access to the single market if it is not prepared to accept guarantees that competition remains open and fair, free and fair.” 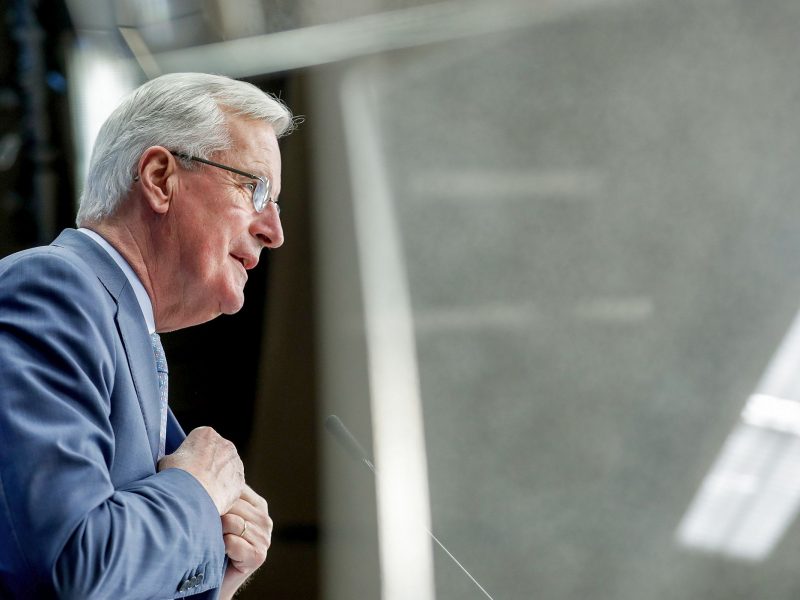 Gove’s statement was well-received by Conservative lawmakers, who hold an 80 seat majority in the House of Commons but was strongly criticized by opposition parties and trade unions.

A WTO Brexit is widely thought to cause the most economic damage to the UK and EU. The UK government has no plans to publish any new economic impact assessments.

5 responses to “We will walk away if no deal likely in June, Johnson warns EU”