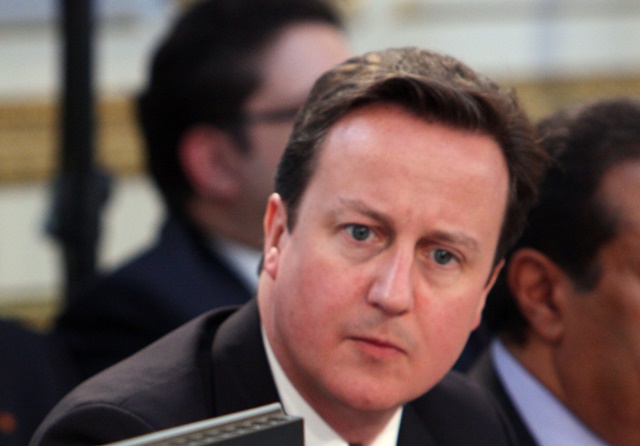 The UK will need strong leadership if lessons are to be learned from the vote. This will be the responsibility of Cameron's successor. [Foreign Commonwealth Office/Flickr]

Mark Rhinard is professor of International Relations at Stockholm University, Senior Fellow at the Swedish Institute of International Affairs and Senior Advisor to the European Policy Centre in Brussels.

For the UK, last week’s referendum outcome is the conclusion of a long, tortuous relationship with the EU. After several attempts to join the EU in the 1960s, only to be rejected by France for being “insufficiently interested” in Europe to warrant membership, the UK gained entry in 1973.

Over the years, support for the EU in Britain waxed but primarily waned, with only momentary bouts of enthusiasm for “Europe” and virtually no explicit support for what is euphemistically called the European Project—political integration into an even closer union.

Most consequentially, and again with only momentary exceptions, neither of the two mainstream British political parties were ever united internally on EU membership. Committing to a referendum on EU membership was an attempt by Prime Minister David Cameron to settle the EU question and force coherence within the Conservative Party. In the event, neither wish came true.

Brexit is thus the outcome of decades of British ambivalence towards the EU. And rather than generating long-sought-after stability, serious political upheaval is underway. Both major political parties are in tumult.

The Conservative Party is casting about for a new leader following the resignation of David Cameron. And the Labour Party is in open revolt as opposition cabinet members lament unexploited opportunities and demand a replacement for current leader Jeremy Corbyn.

These internal party battles will dominate British politics for the next year, with a possible snap-election if the fighting gets out of hand and perhaps even a reorganisation of party politics organised around pro- and anti-EU factions. Speculation aside, the most realistic scenario is a new Conservative leader guiding an unsettled Parliament and a gimpy economy out of the EU.

For the EU, Brexit is a major disappointment—but partly of the EU’s own making. National governments failed to join forces and invest in truly European solutions to solve the continent’s (and the world’s) trickiest policy dilemmas. The Eurozone crisis persists, while the migration situation revealed more selfishness than solidarity. Russia sits on Europe’s borders, having forcibly annexed the Crimea and destabilized the Ukraine.

The EU’s strategy for responding to Brexit is hamstrung. On the one hand, stemming the pain from Brexit requires a redoubling of support for closer union amongst the “true believers” in the European Project.

This could take two forms: new policies and new cooperation models. New policy ideas from France, Germany and Italy are now on the table after years of British obstruction. Enhanced defence cooperation was proposed in the days after Brexit, conjuring up the real possibility of multi-national operational headquarters and joined-up procurement and planning.

Expanded social policies—with a nod to quelling public discontent—have also been mooted to lessen the damaging effects of globalisation. New cooperation models are under discussion after the British vote, too. France, Italy, and Spain have refloated the idea of creating a “multi-speed” Europe, with different members pursuing different depths of integration. This plan languished for decades, but is now likely to be back in play. Forcing EU member states to pick their level of membership effectively calls the bluff of those threatening complete exit.

On the other hand, to move blindly forward towards deeper integration risks further igniting populist passions, currently smouldering in some countries (Netherlands, Germany, Sweden) while already aflame in others (France, Italy, Hungary, Poland). So the conundrum here is that to do nothing risk watching the EU collapse, while doing too much risks provoking referenda and populist movements that will sink the EU anyway.

Italy is the case-in-point: Prime Minster Matteo Renzi is keen on making “Europe the future” for Italy, but at the same time, opposition parties like the 5-Star Movement and the Northern League are doubling-down on an “Italy First” strategy. Between sitting back or moving forward, the EU faces only bad options.

For the rest of the world, the fall-out of Brexit will be no less dramatic. The vote has roiled monetary and financial markets, provoked new calls for regional independence, and emboldened countries that relish the notion of fractures in Western democracies. Future knock-on effects might be even more dramatic.

If Brexit slows European growth (highly likely, since the UK is a major driver of European growth) and if anti-EU movements cast the Euro and its ‘distant bureaucrats’ as scapegoats, we might see a major economy, such as an already-stagnating Italy, leave the Eurozone.

That shock would decimate the global economy on a scale we haven’t seen for a half century. Or consider security and defence issues: shorn of its tempering EU membership, the UK may overcompensate by boosting its role in NATO. While not an inherently bad thing, NATO is an insufficient tool for solving most of the world’s ills.

In the course of one day, the UK divorced its continental partner, lost a prime minister, watched billions of pounds get wiped from its markets and reignited Scottish independence.

As historians remind us, over the long term things may turn around: markets can stabilise, political systems can recover and partnerships can reform. Brexit may lead to newfound appreciation for international engagement and serve as a warning of the perils of turning inward. It might also prompt cooperative arrangements like the EU to rethink when and how they act, with a greater understanding of connecting societal values.

To turn Brexit into a salutary lesson, though, requires visionary leadership, honest brokerage, enlightened thinking, and a bit of good luck. So far, these ingredients are in depressingly short supply.

2 responses to “After Brexit: The Fall?”