By Andreas Hatzigeorgiou and Magnus Lodefalk 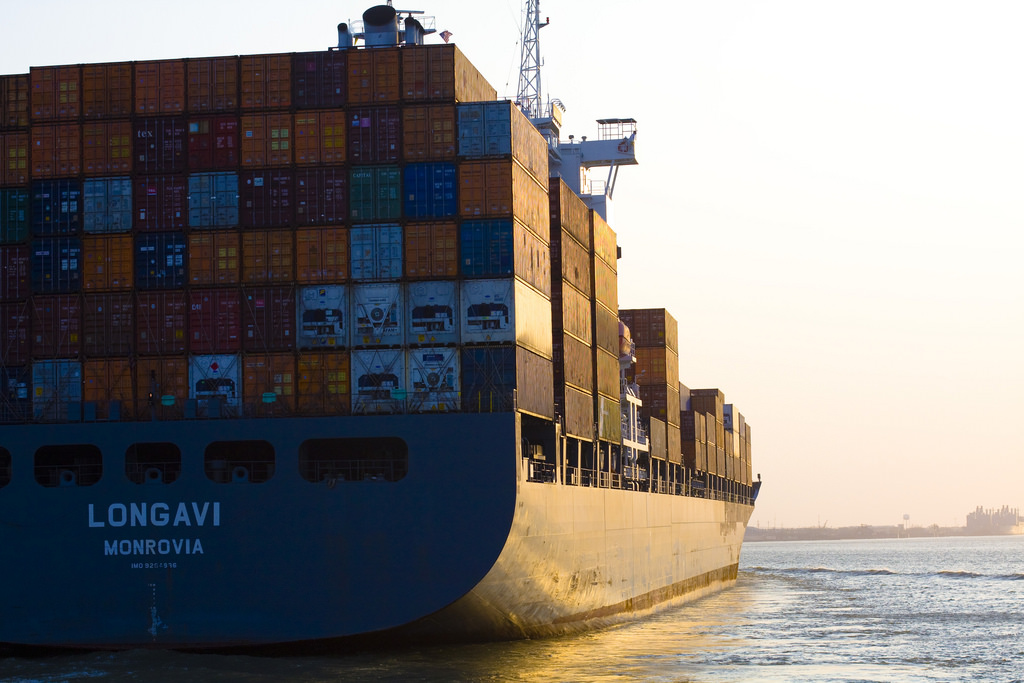 The link between migration and trade has been underestimated by pro-Brexit advocates. A squeeze on the former would lead to a drop-off in the latter. [Bridget Coila/Flickr]

The EU is the UK’s most important trade partner, accounting for approximately half of the country’s total trade. As the UK is yet to trigger Article 50 and their decision to leave is not yet finalised, Brexit would imply looser economic integration between the UK and EU. In addition to the trade barriers that would arise from leaving the single market, there would be negative trade policy effects.

First, Brexit will make it difficult to retain the level of market access to third countries that British companies enjoy today. Beyond being excluded from existing agreements, the UK would be excluded from future comprehensive agreements that the EU is currently negotiating with countries such as Japan and the United States.

The argument that the UK would be able to negotiate new FTAs once it is outside the EU is conditional on several external factors. The most attractive agreement for the UK, besides reaching a new comprehensive deal with the EU, would probably be one with the US.

However, Barack Obama recently reiterated statements by US trade diplomats that the UK can expect no special treatment and would be “at the back of the queue” if it decided to leave the EU. Accordingly, it seems likely that Brexit would diminish the trade policy appeal of the UK.

Second, even if the UK was not discriminated against in the matching market of international trade deals, it would most probably be unable to restore the market access lost to British firms due to Brexit, at least not quickly enough to avoid a competitive disadvantage.

The average time for the EU to reach a new FTA is seven years. This is despite the extraordinary number of staff consisting of trade diplomats, lawyers, and other experts available to the European Commission. Not to mention the pooled resources of all the member states that provide substantial support when the EU is negotiating trade deals. Accordingly, Brexit would probably erode the trade policy capacity of the UK.

Third, the EU is the world’s second largest economy measured in terms of purchasing power-adjusted GDP. Even in the event of the UK leaving, the EU would still be among the top three largest and most populous economies in the world. In a trade policy context, breaking away from the EU means the UK loses the ability to leverage the clout of the most powerful economy in the world, to having to rely on its own size. Consequently, leaving would probably reduce the trade policy clout of the UK.

Finally, there is a potential risk that protectionist pressures would arise as a result. These pressures could also be more difficult to keep at bay outside the EU. Trade policy, being part of the EU’s exclusive competence, has contributed to limiting the influence of special national interests.

Governments do tend to find their national interests more convincing for choosing to impose special measures, than for making the same case to a large number of foreign governments. In this sense, the EU can be viewed as a straightjacket to protectionism.

One major argument of the Leave campaign was to stress greater control over immigration. This will not only impact the UK labour market, but also trade.

The UK is a paragon of a globalised economy, since it is very open to both foreign trade but also to migration. Both trade and migration are central themes of globalisation, and have increased in parallel over time.

In fact, the UK is one of the world’s most important migration countries, as a destination for migrants and as a source of migrants. Approximately 8 million immigrants reside in the UK, which corresponds to around 12% of the total population.

There is a large bulk of research investigating the links between migration and trade. Migrants may lower trade costs and increase trade through abundant and unique information on their countries of birth, including the ability to communicate in foreign languages. Migrants can also help firms adapt their products and marketing approaches to foreign settings, both when entering a foreign market and subsequently.

Moreover, migrants who have contacts and access to social and business networks in their countries of birth can help promote trust between sellers and buyers from different countries. Last but not least, migrants spur trade through their taste and demand preferences for products from their country of origin.

These channels of migration emphasise that both emigration and immigration have the possibility to raise a country’s foreign trade. In other words, British people living abroad, as well as foreign nationals living in the UK, may contribute to increased trade.

Therefore, it is possible that Brexit could disrupt trade not only by leaving the single market and altered trade policy conditions, but through reduced migration that would be likely to follow.

The issue of migration in the Brexit discussion focused on what migration means for the welfare system of the UK, security and the overall economic influence of migration on the labour market, as well as public finances.

However, a squeeze on migration would also negatively impact the UK’s access to foreign and dynamic markets. This means that Brexit would disrupt trade more than previously feared, which in turn means that the cost of leaving is likely to be higher than expected.

One response to “Brexit would disrupt trade more than previously feared”