Britain and Europe: An Irish perspective 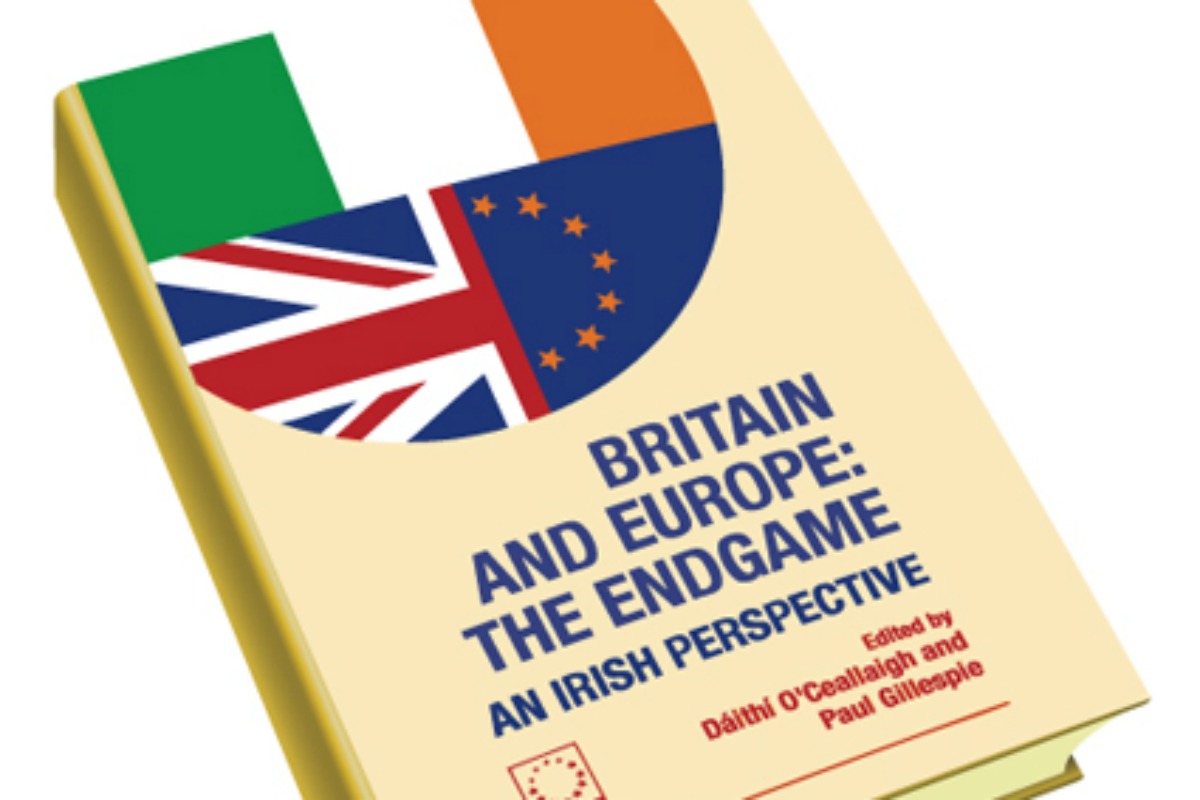 Britain and Europe: The endgame [Institute of International and European Affairs]

Britain’s membership of the EU is a matter of high politics for Europe, for Britain itself and for Ireland. It should be treated as such, writes Kevin Leydon.

Kevin Leydon is a trustee of the Institute for International and European Affairs, Brussels, A.I.S.B.L.

A major platform in the work of the Institute of International and European Affairs in Dublin has been the changing relationship between Britain and the European Union and the implications for Ireland. Its latest analysis of these relations has just been published in a book “Britain and Europe: The Endgame”.

The title of the book reflects the view of the Study Group that the long saga of Britain’s troubled relationship with the European Union is reaching one of those critical moments in history when an issue is resolved one way or the other. What is happening now is not just another episode in the saga, but its closing scene.

Ireland remains firmly committed to EU integration, During a recent interview with EURACTIV Ambassador Dan Mulhall said in London, “A British exit would inevitably weaken the Union and that cannot be in Ireland’s interest.” The UK should not expect other Member States to be “indifferent “or “tight-lipped “on the referendum debate because “it concerns the future of a Union to which we all belong”.

While the “Endgame” runs to some 85000 words in its detailed analysis, I want to focus on the European dimension and to identify an agenda for Europe in meeting the challenge of an exit by the United Kingdom. As the UK general election looms, and with a subsequent referendum on Europe highly likely, a UK exit from the EU becomes a real possibility.

Britain’s membership of the EU is a matter of high politics for Europe, for Britain itself and for Ireland. It should be treated as such. Any other approach is doomed to failure. The loss of the UK would be so profound in its consequences and so negative in its implications for Europe that the other Member States have to confront the question of whether, on balance, it is worth keeping the UK within the Union.

The price of failure would be huge. For Europe, it would be a deadly blow to the very rationale of political and economic interdependence, and to its global influence and reputation.  It would be a huge economic loss – the UK is Europe’s second largest economy and a global financial center. It would be a huge cultural and political loss for reasons that are self-evident. We need to identify a European policy to address this political challenge.

The stakes are so high that it is worth the effort to construct a bespoke solution for the UK. This strategy would have to be devised by the European Council, the forum in which high politics is conducted and the great issues resolved. It is where the endgame will be conducted and concluded.

This suggests that the first item on the “Agenda for Europe” is to get the negotiating psychology right by deciding that the goal is to keep Britain in the Union and that whatever requires to be done will be done, to borrow a phrase from Mario Draghi.

That would mean reconfiguring the Union by giving it new tasks to which Britain, particularly England, could contribute in a manner consonant with its own perception of itself. This is crucial, and quite feasible. The stakes are so high that it is worth the effort to construct a “bespoke solution” for the UK. The book identifies various tailored possibilities to address the fundamental problem of finding a role for Britain within Europe that meets the underlying psychological and cultural reasons for English hostility or distaste for “Europe”.

It is clear from the Conclusions of the European Council in June 2014 and the programme of President Juncker that all the necessary elements exist for a workable reconfiguration. In the first place, the Council has indicated that variable geometry may be extended beyond sectoral policies to the founding principles of the Union itself. In short, it may become possible for different sorts of Unions to coexist, with the result that in order to be a member of the European Union, it will not be necessary to participate in all of them. As things stand, that is the de facto position; but by continuing the logic of its own Conclusions, the Council could transform it into the de jure position.

This reconfiguration would have to be devised by the European Council, the forum in which high politics is conducted and the great issues resolved. It is where the endgame’s bespoke policies will be concluded. But the list of individual issues unfolded by Prime Minister Cameron will also have to be solved. Given that some of them are of a more technical nature they will require a parallel set of negotiations, with some falling more under the Commission’s mandate, such as competitiveness, employment, regulation and so on. We will then be on a journey to a known destination.

14 responses to “Britain and Europe: An Irish perspective”