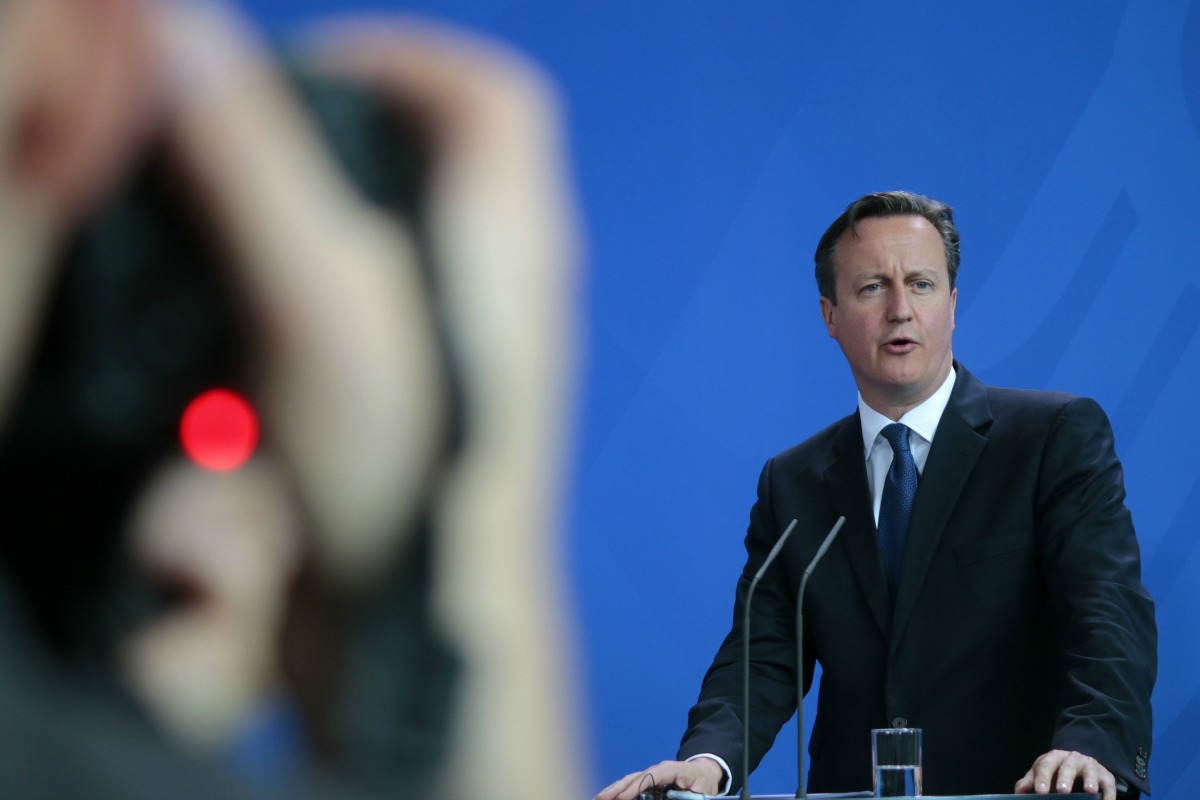 British Prime Minister David Cameron at a press conference after a meeting with the German Chancellor. Berlin, May 2015. [Shutterstock]

The British prime minister’s 12 September visit to Russia is long overdue but, despite growing British investment and thriving informal Anglo-Russian ties, it is unlikely to lead to genuine progress on the contentious issues between London and Moscow, argues Fraser Cameron, director of the EU-Russia Centre.

Fraser Cameron is a former advisor to the European Commission, an adjunct professor at the Hertie School of Governance in Berlin, and director of the EU-Russia Centre.

“David Cameron’s visit to Moscow on 12 September will have been the first by a British prime minister since that of Tony Blair in 2005.

The six-year gap can be explained by UK anger at the Russian refusal to extradite the prime suspect, now a Russian deputy, for the murder by poisoning in London of Alexander Litvinenko, the former Russian agent. This murder shocked the UK and led to a freeze in Anglo-Russian relations. Former Prime Minister Gordon Brown only had fitful contacts with President [Dmitry] Medvedev.

Cameron will be unable to ignore the Litvinenko affair but he will hope to engage with both Putin and Medvedev and move the relationship forward. Both the UK and Russia are permanent members of the UN Security Council and need to cooperate on international issues.

There has been some narrowing of differences over Iran and Afghanistan but the two sides were opposed in the recent Libya conflict. Although Moscow abstained in the critical UNSC resolution allowing Britain and France to implement the no-fly zone, it then became highly critical as London and Paris pushed for regime change in Tripoli.

The prospects for real movement on any issue are slim. Cameron will not be supporting the top Russian demand for liberalisation of visas to visit the EU. Nor can he pose as the Euro-enthusiast keen to help Russia modernise.

Instead he will seek to promote investment opportunities for British companies. Many CEOs will accompany the prime minister, including the head of BP, which has had a troubled relationship with its Russian partners.

Although there has been a modest increase in foreign investment after the capital flight of 2009, Western firms remain highly suspicious of operating in Russia because of the high levels of corruption and the absence of an independent judiciary.

The absence of the rule of law has been well documented, not least in the imprisonment of former Yukos boss, Mikhail Khodorkovsky, and the death in prison of Sergei Magnitsky, a Russian lawyer acting for Hermitage Capital.

There is an active parliamentary and media campaign in the UK to follow the US example and impose a travel ban and asset freeze on 60 Russian officials allegedly connected to Magnitsky’s death in prison in 2009.

Like most observers, Cameron will wonder who is going to be president in Russia next year. Medvedev has made it clear that he would like to run again but it is his mentor who will have the final say.

Although Cameron will not highlight EU policy towards Russia he also cannot ignore it. The current negotiations for a new strategic agreement are stuck because of lack of progress in Russia’s bid to join the WTO. Moscow argues it has made sufficient concessions to join the world trade body.

Brussels points to new trade restrictions imposed by Moscow on EU exports. Only if this roadblock is removed can the negotiations move ahead. Energy is another problematic area with the European Commission now seeking additional powers to monitor bilateral energy deals between member states and third countries, including Russia. The UK is likely to side with other large member states in opposing such demands.

The Polish EU Presidency is trying to hammer out a common EU position on energy and other issues but it faces opposition from Germany, France and Italy, all keen to boost their bilateral relations with Russia.

Although little can be expected from the official side of Cameron’s visit, unofficial contacts between the UK and Russia are flourishing.

The Russian elite, when they are not buying British soccer clubs (Chelsea, Portsmouth) are buying property in London and sending their children in droves to private schools in England. British style is also in vogue in and around Moscow where there are numerous new prestigious housing developments being marketed as being typical of ‘the British style’.

The prime ministerial visit is long overdue but it will not result in any real progress.”