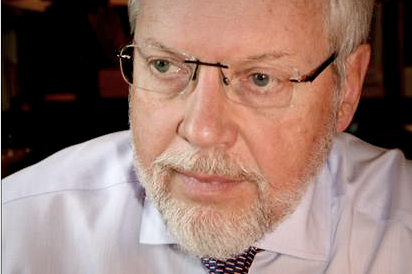 Ever since it emerged that the the UK’s contribution to the EU has to increase, the issue has assumed a life of its own. Britain’s political tectonic plates are on the move, writes Graham Bishop.

The initial “why are we being punished for our success” spin is giving way to an impression of cock-up at the heart the British government’s response to its contribution to the EU budget.

The rules that set member states’ contribution to the EU budget were ratified by our Parliament 7 years ago. Officials have been working on the impact of our bigger-than-expected economy for 6 months, and knew the precise sum on 17 October.

There are powerful implications for the UK’s deteriorating relationship with the EU, as the tectonic plates of British political life feel to be on the move. This will be a risky process, as the UK remains addicted to capital inflows to balance its current account deficit – now exceeding a huge 5% of GDP (£90 billion). Adding political risk into the mix of influences on decisions about capital investments is a dangerous game. If the UK appears to be heading for the EU exit door, capital inflows are likely to head towards the opposite direction.

The May European Parliamentary elections, Clacton and perhaps Rochester appear to show a tide of anti-EU feeling – though the low elector turn-outs and anti-establishment sentiment might be the real factors here. In sharp contrast and without fanfare, during the past year or so, YouGov polls have shown a sharp upswing in support for staying in the EU. Even if there is some ‘re-negotiation’, support for staying in the EU is around 55%. Commission President Juncker’s political programme for ‘reform’ suggests that some rabbits can be pulled out of the hat and dressed up by Mr Cameron as a successful re-negotiation. But even without a renegotiation, Ipsos/MORI polls show that support for remaining in the EU is hitting the highest levels for 23 years, with 56% of saying that they would vote to stay in the EU if there was a vote now!

So its very likely there will have to be a referendum at some stage to settle this political risk to inward investment – and probably earlier than many expect. If we are to hold a referendum on this very important question, there must be a vigorous, positive campaign and that requires all beneficiaries of British membership of the EU to play their role fully. If they sit on their hands and leave it to someone else, then disaster is likely. With a proper campaign to explain and inform about the benefits of the EU, I have no doubt that the British public will vote 2:1 to stay in the EU.

This commentary was initially published on the European Movement UK's blog on BlogActiv.