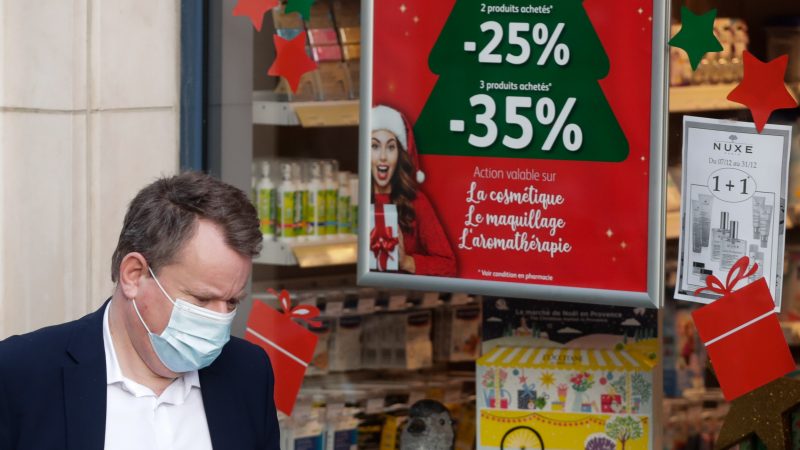 What was behind the resignation of David Frost as UK “Brexit Minister”, and would it be enough to halt the declining UK-EU relations? Dick Roche shares his thoughts.

Dick Roche is a former Irish Minister for European Affairs and former Minister for the Environment. He also served as Chairman of the Irish Commission of Justice and Peace.

Christmas came early for many in Brussels when Lord Frost announced that he was stepping down from his position as UK “Brexit Minister”.

When Frost took over from Michael Gove in February the word spread in Westminster that the former diplomat wanted to take a more hardline stance with Brussels particularly on the Northern Ireland protocol.

This line played well with some Northern Ireland Unionists who were angry over the Northern Ireland protocol. It also appealed with core Brexiteers unhappy that the EU withdrawal arrangements hadn’t quite delivered on their expectations.

An ill-judged, and quickly abandoned, proposal from the EU Commission to control covid vaccine exports by triggering an emergency provision in the Protocol provided an ideal backdrop for adopting the ‘hard man’ approach.

Frost was portrayed as a “true believer”, a man with the dogged determination, the skills, and the experience needed to bring the pesky Eurocrats in Brussels to heel and to iron out the problems that had cropped up over goods moving between Great Britain and Northern Ireland.

There was more than a little irony in all of this.  David Frost had been Boris Johnson’s special advisor on Europe from 2016.  When Johnson became Prime Minister in 2019, he became the UK lead negotiator on Europe.

Lord Frost prepared the “oven ready” EU withdrawal deal which played an important role in the Conservative Party’s landslide victory in the 2019 General Election. He had a key role in drafting the Northern Ireland Protocol which Boris Johnson labelled a “good deal” and he signed off on the final UK withdrawal arrangements on Christmas Eve 2020.

Given Lord Frost’s intimate involvement in every aspect of the UK’s withdrawal from the EU his behaviour during his nine months in office is hard to fathom, indeed jaw-dropping.

From the outset, Frost distanced himself from any responsibility for problems with the withdrawal arrangements or the Protocol. He is, of course, not alone in this. At every level, the Johnson administration has demonstrated an extraordinary unwillingness to accept the reality that two sides negotiated and signed the final withdrawal arrangements

Similar dogged determination was demonstrated in ignoring the reality that the UK decision to end the transition period on 31 December 2020, only seven days after the EU-UK Trade & Cooperation Agreement and the NI Protocol were signed off contributed to the Brexit problems.

The problems that have emerged in Northern Ireland whether from poor preparation by the UK or ‘inflexibility’ from Brussels require resolution. Both sides need to share the burden.

Over the last nine months, the bullhorn diplomacy adopted by Lord Frost has been counterproductive, contrived, and in the case of the NI Protocol potentially dangerous. It was always more likely to irritate than to ‘break’ Brussels.

It was also counterproductive in terms of the UK’s wider interests and consumed time and political capital that should have been constructively used.

Threats to unilaterally upend the Northern Ireland protocol were always bound to meet with pushback in Brussels and in Dublin. The threats were also always likely to bring Dublin’s ‘big cousin’ Washington into the picture.

Given the fact that President Biden, who regularly references his Irish legacy, and many other senior US politicians are personally invested in supporting the Good Friday Agreement and the NI Protocol, threatening actions that undermine either was not smart particularly at a time when the UK needs friends.

In Washington, where bipartisan agreement on anything is hard to find these days there is a common concern to protect the Good Friday Agreement.

In March Democrat and Republican Senators, including Chuck Schumer, the majority leader, supported a bipartisan resolution calling for a “full implementation of the Good Friday Agreement” and “subsequent agreements including the Northern Ireland Protocol”.

March also saw Democrats and Republicans in the Friends of Ireland Caucus in the US Congress putting down markers that any action by the UK which endangered the Good Friday Agreement or end the open border arrangements in Ireland would result in strong bipartisan opposition to any US-UK trade deal.

In September when Boris Johnson met President Biden, the Prime Minister was reminded that the UK’s tiff with Brussels must not undermine the NI Protocol or the Good Friday Agreement.

Lord Frost missed the message. In a rambling speech “Observations on the State of the Nation” delivered to an audience in the UK embassy in Lisbon on 12 October Frost told his audience that the EU and UK had reached “a low-equilibrium somewhat fractious relationship” and that “fixing the serious problem” required a radical rewrite of the Northern Ireland Protocol.

Frost described the Protocol as “not working and suggested that the way forward was to rip up what he had described in December 2020 as “an excellent deal” and start all over again.  He said he was sending the text of an amended protocol to the Commission.

Frost’s Lisbon message was delivered less than 48 hours before the Commission indicated that it was willing to cut up to 80% of the regulatory checks on the movement of goods and in particular foods and medicines between Great Britain and Ireland, changes which Frost must have known were coming: he wanted to get his shot in first.

A White House readout of the meeting referenced “continued support for political and economic stability in Northern Ireland”.

On the same day as the White House meeting Maroš Šefčovič told EU ambassadors that Lord Frost had been making unrealistic demands during recent meetings. The German Permanent Representative is reported as telling the meeting that the UK withdrawal agreement and the protocol were “prerequisites for the [EU/UK] trade agreement.”

The Irish Foreign Minister described Frost’s thesis as setting out demands that he knew the EU could not accept and questioned whether the UK Government really wanted to find a way forward.

By mid-December, it was becoming clearer that  Lord Frost was running out of road.

With a myriad of other problems breaking around the UK government the message began to emerge that the UK Government was prepared to change its tack, to press ahead with “interim” arrangements to deal with its problems about the Protocol, to seek a “staged solution” to the problem of clearing goods moving from Great Britain to  Northern Ireland and that the UK was willing to row back its position regarding the role of the ECJ.

On 18 December Frost tendered his resignation to the Prime Minister. It emerged that Lord Frost and Prime Minister Johnson had already agreed that  Frost would “move on” in January. Frost explained that he was leaving his post with immediate effect because the news that he was going had somehow been leaked to the media.

Two questions arise from Lord Frost’s resignation. First, there is the political question did he jump, or was he pushed? The second and more important question is will Lord Frost’s departure be enough to halt the declining UK-EU relations?

On the most positive read, the departure of Lord Frost provides Boris Johnson with a ‘circuit breaker’, an opportunity to end post-Brexit posturing, to get an issue which has sapped up a colossal amount of time ‘off the table’ and to claim that he got Brexit finally, finally done.

Moving on from the current mess will be a challenge for Foreign Secretary Liz Truss, a supporter of the Remain side in the 2016 referendum, who now adds the Brexit brief to her already substantial portfolio. The decision that Truss is to take over from Lord Frost has been seen as a positive move in Dublin.  Very few in Brussels will see the departure of David Frost as anything but positive.

In a tweet noting Frost’s departure, Vice President Šefčovič promised to “continue to cooperate with the UK in the same constructive spirit on all important tasks ahead, including the Protocol on Ireland/Northern Ireland.”

A reciprocation of that  ‘constructive spirit’ would be the ideal Christmas present for the Commission Vice President and for Ireland.