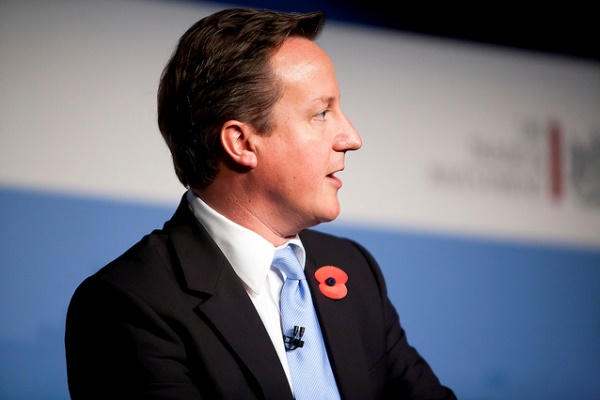 The holding of a referendum on the UK’s membership of the EU may result in it leaving the Union. Such a result might also dramatically weaken the domestic union between the four nations of the United Kingdom, writes Jo Murkens.

Joe Murkens is Associate Professor of Law at London School of Economics.

A referendum on European Union membership has been a longstanding demand from the Eurosceptic/phobic wing of UK politics. They regard the plebiscite and the prospect of withdrawal as a rejuvenation of national sovereignty and democracy. Over the past few years, David Cameron has acceded to the demands by promising a referendum on EU membership in 2017. The three main obstacles he needs to overcome before then are concluding negotiations on reforming the European Union, or changing the UK’s current terms and conditions of EU membership – and, of course, the small matter of winning the May 2015 general election for the Conservatives with an overall majority.

The idea of a referendum opens up a space for discussing the principle of UK membership as well as the details of EU policy, institutional reform, and possible alternatives. This piece is a comment on the UK’s continued failure to contribute to the EU’s political goals as well as on its failure to understand the EU’s relevance for the integrity of the United Kingdom.

The constitutionally-defined goals of the European Union pitch it as both a political project of lasting peace, co-operation, and prosperity as well as a free trade area with a market and a currency. As a relative latecomer to the European Economic Community, as it then was, it is not surprising that UK politicians in general focus on the economy. What is surprising is that even British pro-European politicians today continue to understand the EU only in economic terms of a cost-benefit analysis for trade. Reducing the relationship to numbers alone, be it the UK’s contribution to the EU’s budget or the value of the EU to UK exports, does not even begin to reveal the entire scope of European ambition and aptitude.

The sovereign debt crisis, youth unemployment in the Mediterranean states, and the situation in eastern Ukraine have put political questions centre stage again. The EU sanctions against Russia follow a security rationale, not an economic one. Framing the debt crisis in the customary economic language of banks, deficits, and debts only serves to neglect the overriding need for a political solution. These issues raise questions about the political stability of two European countries, and yet the UK is not actively involved in their resolution, as recent pieces in The Observer and The Economist have highlighted.

An incoherent or indifferent foreign policy is perhaps the inevitable consequence of installing, for domestic political reasons, a Eurosceptic Foreign Secretary in the last major cabinet reshuffle. With diplomacy foreclosed, the only possible foreign policy response the UK could engage in is through the use of its military, as happened in Iraq, Afghanistan, almost in Syria in August 2013, and perhaps in Ukraine – although can anyone seriously contemplate a war with Russia? There is space for European diplomacy which is effectively run by Angela Merkel and which refracts the logic of British Europhobia: is it really preferable to leave the German Chancellor in charge of European diplomacy than to assist the European Union in finding a collective voice and to act in concert?

Renegotiating the UK’s terms and conditions of EU membership is unworkable, unpersuasive, and unnecessary. Practically speaking there are two options. Either the UK tries to renegotiate from above by reducing the law-making powers of the EU institutions. That option would require a treaty change and the unanimous agreement of the other member states which is, currently, unrealistic. Or the UK tries to negotiate a better ‘deal’ for itself, e.g. through opt outs and protocols that are attached to the Treaty. But is it credible that the other member states would grant the UK special treatment when every member state is subject to aspects of EU law of which it disapproves and would dearly like to roll back the frontiers of European law and policy?

>> Read: Conservatives will become the party of ‘out’

So neither renegotiation strategy seems workable. Moreover, the EU is already a project of differentiated integration, and the UK, with its opt-outs from the euro, the Schengen Free Travel Area, and the Charter of Fundamental Rights, stands testament to EU flexibility. In contrast, the Conservative policy to cap welfare and reduce immigration for workers from Romania and Bulgaria, especially when it was the Tories who successfully campaigned for Eastern enlargement of the EU (‘wider not deeper’), stands testament to the party’s incoherence over Europe.

Superficially, an in/out referendum on EU membership raises an important question of constitutional principle. But in reality the promise of greater national sovereignty is the equivalent of building a wall around this island. In the same way that the Berlin wall was described by those who built it as an anti-fascist (read: anti-Western) protective rampart, so the ideology behind EU withdrawal is anti-European protectionism and isolationism. It is against internationalism, against supranationalism, and crucially also against Britain’s own national interests.

For a country that reiterates its sovereignty so often, the UK has no clear understanding of what kind of state it is. David Cameron’s position is that we live in a United Kingdom, which means that there will be one in/out referendum held nationally and that will be decided on a majority of those who vote. By contrast, Nicola Sturgeon argues that the UK is a ‘family of nations’, and so the referendum will only be carried if a majority of voters in England, Scotland, Wales, and Northern Ireland respectively give their backing.

The Scottish independence referendum last September revealed the internal fragility of the UK as well as the external importance of Europe for the integrity of the UK. For a Conservative-led England to lead a Labour-led Wales and an SNP-led Scotland out of the EU is not a brave or even a courageous decision. For a unionist party like the Tories to even propose a referendum, which implies that withdrawal is a realistic option, is off-the-scale madness. Like English Votes on English Laws, the referendum on EU membership is not a sovereigntist policy, but a secessionist policy. It does not dice with the future of the EU, but will lead to the direct and inevitable break-up of the UK.

Cameron’s policies on Europe are driven by concerns on the small end of political importance, namely domestic party politicking (UKIP) and internecine party struggles (the awkward squad on the Conservative backbenches): Cameron is trying to unite a fractured party in the run-up to the general elections in May 2015. An additional problem is that the offer of a referendum on renegotiated membership after the next general election is subject to the vagaries of politics, such as the outcome of the 2015 elections and the outcome of the EU negotiations.

By limiting his political drive to the level of intra- and inter-party bickering, Cameron ignores important constitutional dimensions. Can he realistically deny Scotland and Wales a ‘veto’ over Europe and still expect their commitment to the United Kingdom? Why does he limit his ambition to safeguarding ‘British values’ from Europe when he could be contributing to a stronger European stance against the reactionary politics of homophobia, anti-feminism, authoritarianism, and anti-liberalism that emanates, for instance, from Putin’s Russia?

The promise of a referendum is not a platform from which the UK will renew its national sovereignty and democracy, or its standing in Europe. Instead, it would mark the point in history at which the UK voluntarily debated and voted itself out of relevance, into obscurity and towards inevitable demise.

This article originally appeared on the LSE's European Politics and Policy blog.