Denis MacShane is the former UK minister for Europe. His latest book ‘Brexit No Exit. Why Britain (in the end) Won’t Leave Europe’ is published later this month.

They will be puzzled that in its election manifesto, Labour said Britain should impose immigration controls on Europeans coming to live and work in the UK.

Such discrimination against voters in the other EU 27 countries may not do down too well with political leaders across the Channel. Labour, like the Conservative government, is not proposing that Irish EU citizens should face demands for work and residence visas – but the rest of Europe’s citizens will have to start navigating British immigration bureaucracy.

Yet the Oxford University Migration Observatory has just published its latest report showing that the number of Eastern European arriving to work in Britain has sunk to its lowest level ever. 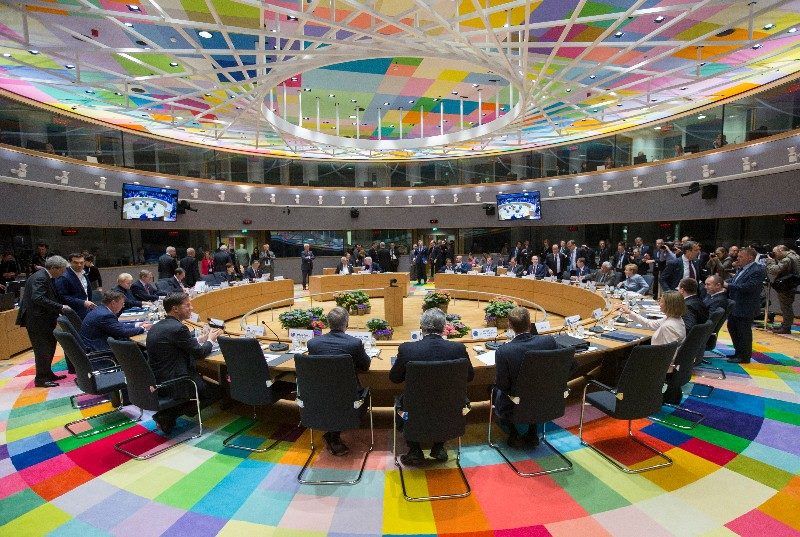 The Brexit devaluation of sterling has cut sharply the value of pay sent home and the mood of unpleasant hostility to Europeans in Britain since Brexit – highlighted by both the Tories and Labour featuring high in their manifestos a policy of imposing immigration controls against European citizens – has led to a slow exodus of Europeans from UK firms, universities and public sector posts.

Labour’s argument is that the party accepts Britain will leave the EU Single Market and therefore no longer respects the four ‘EU Freedoms’ of capital, products, services and people moving freely across borders.

Corbyn’s focus on immigration did not serve him well in the election. A new Ipsos-Mori breakdown of where voters went shows that Labour did well with middle-class voters while the Tories scored high with working-class voters. Despite including anti-immigrant lines in the manifesto, Labour lost seats in its heartland areas of the North and the Midlands. By contrast. Labour MPs who defied the official manifesto line in London and called for Labour to support staying in the Single Market and Customs Union did extremely well, even winning classic Tory seats like Kensington.

Now 50 Labour MPs, peers and MEPs have signed a statement saying that Labour should campaign to stay in the Single Market and Customs Union and manage migration flows with internal labour market measures rather than crude old-fashioned work and residence permits.

This is a major challenge to the official Labour line of Britain leaving the EU fully, including being outside the Single Market. Corbyn’s Brexit policy has been shaped by Labour lawyer MPs hoping to use legal and parliamentary mechanisms to trip up the government.

But on the core questions, Labour’s line – up to now – has been close to the Conservative, and even UKIP, position of stopping all free existing movement and accepting in consequence an exit from the Single Market.

Yet the breakdown of polling data now shows that Labour’s hard line on immigration did not bring back white working class voters who moved to UKIP in the 2014 European Parliament election and stayed with UKIP in the 2015 General Election.

UKIP are now a busted flush in British politics. Like the Poujadiste movement in France in the 1950s they have had a good run for the money: anti-European hedge funds and wealthy individuals poured into UKIP and Brexit campaigns but now the plebiscite is over noone is interested in voting for UKIP.

Instead former Labour voters who don’t like Europe have moved from UKIP to the Conservatives – for now. Yet this was little help to Mrs May who lost her majority and cost many Tory MPs their seats as voters rejected the hard Brexit elements of her manifesto.

Corbyn can discuss all this with his fellow Labour, socialist and social-democratic party leaders in Brussels. They always enjoy meeting someone who has done well in elections and so there will be a warm welcome for Jeremy.

But they will hope he might now take up the cudgels against a hard Brexit, support staying in the Single Market and Customs Union which solves the Northern Ireland border issue and moves towards his 50 Labour parliamentarians who are calling for a serious campaign against the economic damage that leaving the Single Market entails.

The Brief: Stop this Brexit madness

For Britain, this marked the end of the phoney war. But the road …