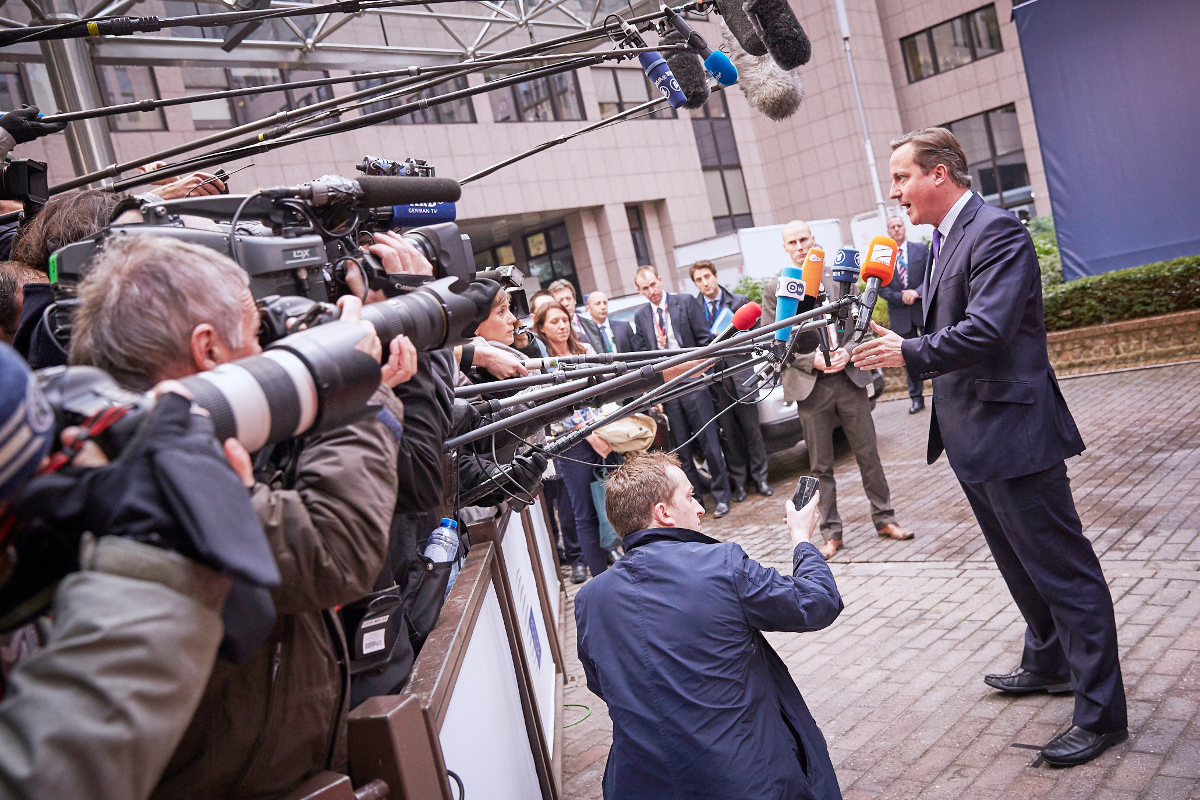 The suggestion that the UK can keep all the benefits of EU membership, without any of the downsides, is extremely flawed, writes Stuart Brown

Stuart Brown is a Researcher in European politics at the London School of Economics, a Senior Research Associate in the ESRC funded UK in a Changing Europe project, and the Managing Editor of EUROPP – European Politics and Policy.

One of the more interesting subplots in the UK’s EU referendum campaign has been the question of when David Cameron will finally break cover and challenge the arguments of his Eurosceptic backbenchers.

The notion that the prime minister could negotiate a settlement with the EU, put this agreement to the public in a referendum, and yet sit dispassionately on the sidelines waiting for the result, always seemed fanciful. Sooner or later Cameron was going to have to put his cards on the table and his pointed criticism of the so-called ‘Norwegian model’ is being viewed by some commentators as the first step in this process.

The argument Cameron chose to address is a fairly old one. Despite twice holding referendums on joining the European project, Norway remains firmly outside of the EU. The fact that the country is also, by any measure, absurdly rich, has made it a natural source of inspiration for those who argue the UK should follow suit and forego its EU membership.

As others have noted, however, Norway presently finds itself in a situation that borders on the worst of all worlds. In order to access the single market, the country has essentially agreed to implement large swathes of EU legislation with little influence over its content.

While some have offered the counter-argument that Norway can influence EU rules indirectly via organisations such as the OECD and the World Trade Organisation; when even the country’s prime minister has gone on record concerning the inadequacy of Norway’s situation it hardly seems a worthwhile endeavour to persist with this debate.

And in truth, the Norway example can only take us so far. It has always been misleading to attempt to reduce the entire Eurosceptic narrative down to the flawed Norwegian model and this debunking exercise achieves little beyond nixing a fairly mundane soundbite.

For a start, there are many alternative approaches that the UK could pursue in principle upon leaving the EU. The winning entry of the ‘Brexit prize’ administered by the Institute of Economic Affairs, for instance, went as far as to suggest the country should leave the single market altogether. Even if the UK did follow Norway, there’s no reason to think that Britain, which has a much larger economy, and substantially more clout in international affairs, couldn’t negotiate a different deal.

The real flaws in the narrative stem not from the specific nuances of Norway’s approach, but rather from the tendency to gloss over complex questions in favour of cheap caricatures of our EU membership.

The notion that all possible agreements reached with the EU following a Brexit would fall foul of the problems experienced by Norway is an obvious simplification. But the idea trumpeted by UKIP that all of the benefits of the EU can be retained with a simple free trade agreement is populism of the worst kind.

In reality, free trade agreements encompass everything from basic commitments to remove tariffs to extensive frameworks for eliminating trade barriers. Although this distinction sounds complex, the principle is extremely simple.

Businesses can be prevented from freely exporting products to other countries by tariffs deliberately put in place by a government. In its loosest sense, a free trade agreement might simply be an agreement between two states to avoid imposing these tariffs on each other’s exports.

But companies can also experience barriers to free trade if rules within another country impede them from doing business. A food manufacturer, for instance, might well be allowed to export their product without paying a tariff, but this would be little consolation if one of the ingredients in their product was banned by food safety regulations in the target market. A deal to eliminate tariffs solves the first problem, but it does nothing in principle to remove this second set of obstacles.

This is precisely what the EU’s single market is supposed to address. By establishing a set of mutually acceptable rules across all member states, the single market ensures that if a product passes the appropriate British standards it will also be accepted throughout the rest of the EU.

This principle is, if existing studies are to be believed, extremely valuable for the UK economy, it’s simply disingenuous to imply that all of these benefits are reducible to an ill-defined free trade agreement to be negotiated at a later date.

Yet being part of the single market also carries with it a cost in terms of national sovereignty and democracy. The act of agreeing on joint-EU rules necessarily involves some countries losing out in negotiations.

Similarly, the EU’s convoluted legislative process, in which the role of MEPs in the European Parliament often comes secondary to the views of governments in closed-door negotiations, is rightly regarded as lacking from a democratic perspective. Meanwhile the democratic implications of joining the single market from outside the EU, as Norway illustrates, are even worse.

And this trade-off is at the heart of the debate that needs to take place in the UK, not a dubious binary choice between the status quo, and the spurious notion that Britain can have all the benefits of membership, with none of the downsides.

But a discussion that recognises the enhanced version of free trade guaranteed by the single market, while also acknowledging the negative consequences that can stem from this type of integration. Ultimately, it will be for the British people to decide whether the gains from the single market are worth the cost.