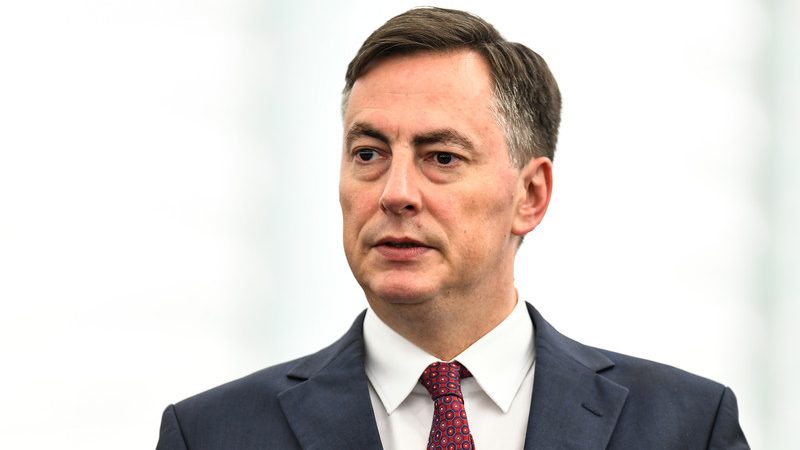 David McAllister: "Currently, the UK is in the transition period until the end of 2020. During this period, it maintains its rights and obligations stemming from EU law." [EPA/ PATRICK SEEGER]

It is now nearly two months since the United Kingdom left the European Union. It left with the legal certainty and clarity provided by the Withdrawal Agreement and the accompanying Political Declaration, writes MEP David McAllister.

Currently, the UK is in the transition period until the end of 2020. During this period, it maintains its rights and obligations stemming from EU law.

In the European Parliament, the UK Coordination Group (UKCG) is ensuring that the responsible committees’ and political groups’ positions are coherently and consistently represented during the negotiations.

The first result of our work was a resolution on the Commission’s proposed mandate for the negotiations for a new partnership with the UK that was adopted by the plenary on 12 February with an overwhelming majority of 543 votes in favour.

The UKCG follows the negotiations closely and is constantly exchanging views with the Chief Negotiator of the Commission, Michel Barnier, and his team.

On 2 March, the negotiations of a new partnership between the EU and the UK kicked off with a first round covering 11 negotiating tables in parallel. The UK did not want to have a negotiating table on foreign policy and security, despite this being one of the areas agreed by both parties in the Political Declaration.

Four more negotiating rounds are scheduled until June. The next one was supposed to take place between 18 and 20 March but was delayed in view of the COVID-19 pandemic, which poses a further challenge to the ambitious timeframe.

It is evident that in the limited time and especially without an extension of the transition period beyond 2020, we cannot expect to agree on every single aspect of our new partnership. We will have to prioritise. The UK itself chose this tight schedule and is still insisting to stick to it despite the current situation created by the Covid-19 pandemic.

The transition period can only be extended if both parties agree. The UK has even enacted a law that it will not request an extension. On the EU side, we have always been open to the possibility to extend the transition period. But the ball is now clearly in the British court.

After the first round of negotiations, it became evident that there are multiple points of convergence, such as energy, nuclear cooperation agreement, transport, and access to European Union programmes.

On the other hand, there are major points of divergence. Firstly, the level-playing-field. The UK does not want any provision of this kind. London perceives any agreement on standards and future alignment of their standards with the EU as running against their “independence”. Conversely, for the EU this is an essential pre-condition for the agreement.

We cannot accept the general level of commitments that the UK would be ready to enter into on level playing field, given the geographical proximity and interconnectedness of our economies.

Secondly, internal security, law enforcement and judicial cooperation in criminal maters. The UK is against any role for the Court of Justice of the EU in this or any reference to the European Convention on Human Rights (ECHR).

Continued adherence and giving effect to the ECHR and the European Court of Justice’s role in interpreting Union law provisions and concepts, are conditions for the EU to cooperate with the UK on those matters.

Thirdly, whereas the UK wants a Free Trade Agreement (FTA) and satellite agreements for the other areas, the EU still believes that a comprehensive agreement covering all areas of the Political Declaration is better suited to match the kind of ambitious partnership that would be in the interest of both sides.

From the very beginning, it was to be expected that the negotiations would not be easy, but we started them from a position of certainty, goodwill, shared interests and purpose. In my opinion, there is still a strong, shared interest of both the EU and the UK to agree an ambitious and comprehensive new partnership governing their future relationship.

However, changes will take place at the end of the transition period – with or without an agreement. There will be certain and definitive consequences, for example no mutual recognition, especially for financial services or no automatic certification of industrial products.

Substantive work on the draft legal texts on both sides will continue over the coming weeks. In light of the given circumstances, London should again thoroughly assess a possible extension of the transition period.