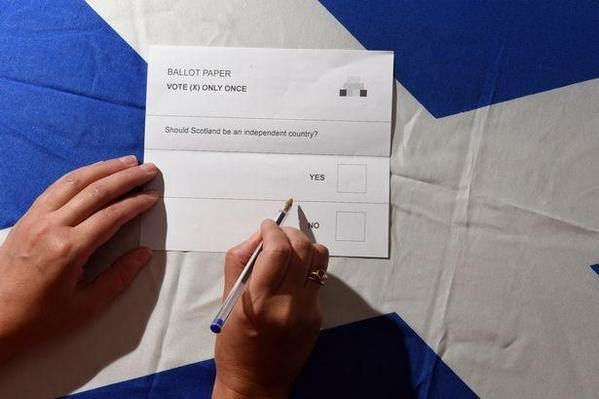 Scottish people are tired of referendums, writes MEP Ian Duncan, who argues that the conditions for a Scottish independence vote have not been met.

Ian Duncan is a Scottish, Conservative member of the European Parliament (ECR group).

This week the Scottish Parliament will vote on whether to hold a second independence referendum. I can tell you the result now – save you having to tune in: in favour of another referendum, 69; against, 59; with no abstentions.

Despite the fact that the Scottish National Party government lost its majority at the last election, they can count upon the six votes of the Green Party, much as they do in the European Parliament.

The issue is that the Scottish Parliament does not have the power to call a binding referendum. That right is reserved to Westminster. The 2014 referendum, only three years ago, was possible because of agreement between the UK and Scottish governments.

This time, the British Prime Minister has been far less accommodating than her predecessor. “Now is not the time”, said Mrs May. Not an outright ‘no’, you will notice, but a clear statement nonetheless.

After all, Mrs May has another battle on her hands, the outcome of which still hangs in the balance and which will materially affect the very country Scots would be voting to hold on to or leave.

The SNP claim that any referendum would be at the end of the negotiations is specious. The vote might be, but the campaign wouldn’t be. The last indy campaign lasted 18 months.

According to the timetable envisaged by Ms Sturgeon, the indyref2 campaign would be starting about now. That’s probably why the SNP’s campaign website is already up and running.

The SNP argument for a second independence referendum is the fact that a clear majority of Scots voted to remain in the EU, while a narrow majority of British citizens voted to leave.

But the perplexing element of this piece of theatre is the sudden fuzziness of the SNP’s future relationship with the EU.

I was on a radio programme with SNP MEP Alyn Smith when he was asked directly: why would you potentially ditch your long held policy of an independent Scotland immediately trying to join the EU? Smith’s response: ‘Well, potentially if my granny had wheels she’d be a bicycle.’

Helpfully he went on to say,”We are keeping all our options open, all options are on the table.” The sudden evasion may have something to do with the reality that some 400,000 SNP voters want freedom from Brussels as well as London.

It also bears repeating that the votes of those who wanted the UK to remain in the EU cannot simply be shuffled across into the ‘break up the UK’ column of indyref2.

I voted to remain in the EU. I did not vote and will not be voting to separate Scotland from the rest of the UK. Nor will Scottish Tory leader Ruth Davidson MSP, nor Secretary of State for Scotland David Mundell MP both of whom were staunch remainers.

Scots are weary of referendums. Recent polling has shown the appetite for a second vote scudding around 25%. Over half of those asked just don’t want another referendum any time soon.

No wonder, look how well the last few have gone! Ms Sturgeon set herself two pre-conditions for a second referendum, a material change in circumstances, and support for independence regularly polling well above 50%. The second condition has manifestly not been met.

When Ms Sturgeon sprang her referendum surprise last week a quote from the legendary American baseball coach Yogi Berra played through my mind: ‘it’s like déjà vu all over again.’

As the week unfolded, a second quote from the same gentleman seemed even more apropos: ‘the future isn’t what it used to be.’ The problem is that all Scots are going to have to live through it.

2 responses to “Scots are tired of never-ending referendums”