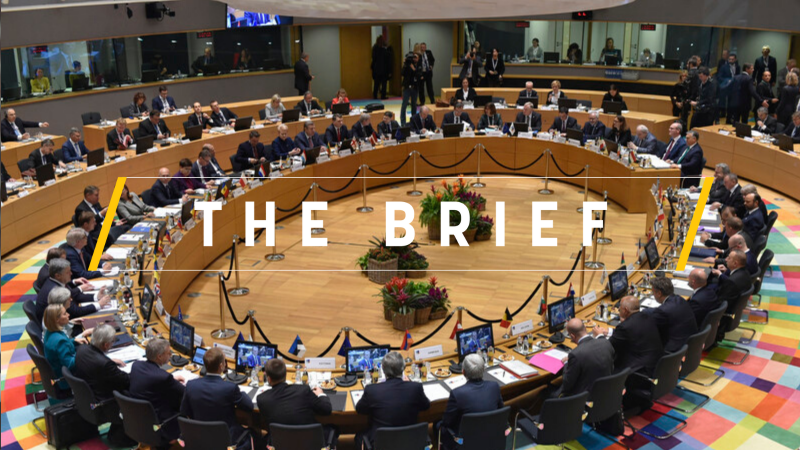 Back in the dog days of 2012 and 2013, even the best friends of Jose Manuel Barroso and Herman van Rompuy – then running the EU show – would have struggled to argue that their EU budget blueprint was ambitious. It was deliberately and consciously timid.

Back then the eurozone was slowly emerging from a self-inflicted double-dip recession, debt burdens increasing but fiscal austerity was hardwired into each of the EU institutions.

The Commission spent several autumns struggling to cajole member states into paying up, just to ensure that it could pay for cohesion projects after September because the annual budget kept running out of cash. ‘The EU cannot run a budget deficit’, commissioners repeated to little avail.

Even so, leaders still burnt the midnight oil at summits over a series of months haggling over the 2013-2020 budget.

This time nobody can accuse the Commission or its leading members, France and Germany, of lacking ambition. The much-needed €750 billion stimulus package unveiled by European Commission president Ursula von der Leyen as part of a €1.85 trillion EU budget over seven years is enough to satisfy most sceptics.

So the idea that EU leaders will quietly sign off on the proposal within the next six weeks looks fanciful. More likely is that Friday’s summit, hopefully one of the last to be held by videolink, will set the scene for months of intense horse-trading.

The question of how much of the fund is paid out in grants is still a source of deep division among leaders. So, too, is the equally vexed question of where the money is going to come from.

The taboo of EU borrowing, so hard to even question five years ago, appears to have been broken. The Commission will not struggle to borrow on the financial markets. But its tax-raising plans look distinctly optimistic.

Taxes on carbon emissions and plastics, and a digital tax on platforms sound like low hanging fruit but similar schemes have been tried and blocked by national capitals before. And with governments desperate to stimulate growth to repair the damage caused by the pandemic, new taxes are not going to be a priority.

Meanwhile, directing the cash generated by the EU’s Emissions Trading System for selling pollution permits into the EU budget solves one problem but causes another. Doing so will deprive national treasuries of funds which are currently funnelled to them, and at a time when their tax receipts have taken a battering because of the pandemic.

Whether these taxes are labelled as EU ‘own resources’ or not does not change the fact that making them EU levies means lower receipts for national treasuries. It would be understandable for governments to want to kick the can.

Let’s not forget that the Commission’s new borrowing-fuelled recovery plan is needed because many member states cannot afford to borrow the sums without having the bond markets breathing down their necks.

But in the long-term, more EU spending means higher contributions from member states or a lower tax take. There’s no such thing as a free lunch, even when the EU is ordering it for you.

There is no sign of a US retreat from Europe’s security structure, the US Ambassador to NATO told EURACTIV, commenting on Washington’s troop withdrawal plans from Germany and NATO’s secretary-general confirming the alliance had not been informed in advance. Watch the full interview here.

The EU is facing the worst recession in history as a result of the COVID-19 outbreak. To ensure that the crisis does not turn into a social emergency, the bloc must address issues like job security, minimum wages, or youth opportunities, Commissioner for Jobs and Social Rights, Nicolas Schmit, told EURACTIV in an interview.

EURACTIV Bulgaria’s Valia Ahchieva’s latest investigation looks into mass bee poisoning in Bulgaria which continues to be unpunished, despite evidence of the use of substances banned by EU legislation.

A recently launched web platform, known as Re-open EU, aims to promote an easy and risk-free resumption of travel from one European country to another.

Germany, Portugal and Slovenia presented their joint EU presidency programme for the next 18 months on Tuesday (16 June), seeking to focus primarily on social recovery in the wake of the pandemic. Despite expectations, the 31 pages are otherwise filled with little substance.

For once, Germany is not shying away from debt to overcome a crisis. With the second supplementary budget, the state’s additional borrowing due to the coronavirus is raised to a total of €218.5 billion. But criticism is coming from the German Taxpayers’ Federation.

The Hungarian Parliament passed legislation that called on the government to rescind the state of emergency, which would end the controversial powers granted to Viktor Orbán’s government at the height of the coronavirus pandemic.

The EU’s proposed €750 billion recovery plan from the coronavirus crisis will need to acknowledge national differences on clean energy in order to succeed, a senior EU official has said.