The Brief – Battle of the bangers 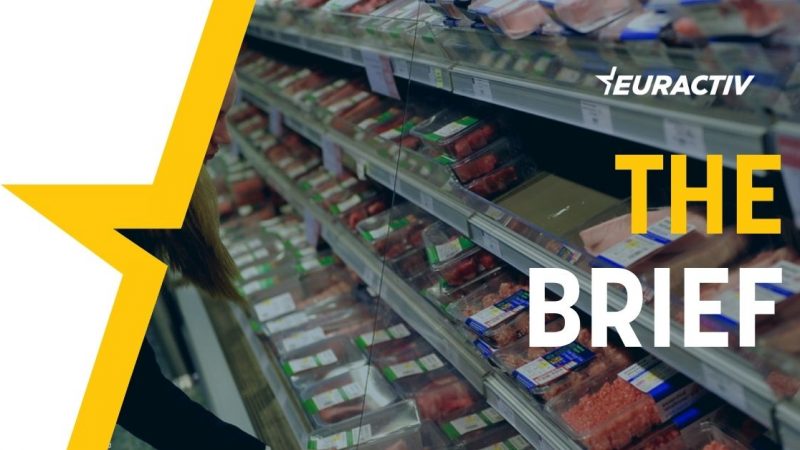 In the British vintage comedy series Yes, Minister, the hapless Jim Hacker becomes prime minister on the strength of a campaign against plans by the European Commission to introduce a “Euro sausage”.

That would mean the end of the gritty British banger, which the EU executive wants to designate as an “emulsified offal tube”. The Euro sausage plan is ultimately unmasked as a hoax – precisely the kind of euro-myth that Boris Johnson used to cook up when he was a Brussels correspondent – but not before Hacker gets into Downing Street.

Life has a habit of imitating comedy. Johnson’s Brexit deal, and the European Commission’s intransigence, could well lead to empty supermarket shelves in some places in the coming weeks.

The grace period for chilled meat products, after which customs checks will be required on exports, ends on 30 June. And because the Northern Ireland Protocol introduces customs checks on goods travelling from Britain to the island of Ireland, that means major disruption to supplies of sausages, bacon and minced meat.

In truth, this is more of a political battle than one over sausages. UK standards on meat production are the same as the EU’s and there is little chance that they will deviate significantly, if at all, in the future.

London insists on having the right to diverge from EU agrifood standards, even if it decides not to do so. It wants the Commission to use light touch border checks.

The UK was poorly prepared for life outside the single market. That partly explains why, unlike the Commission, the UK did not immediately impose customs checks on EU imports when the Trade and Cooperation Agreement came into force in January.

Indeed, grace periods on a range of different goods and products will expire at different times this year, meaning that the banger battle is unlikely to be echoed with other produce in the coming months.

Nor does the UK side appear to have been prepared for what the new customs checks would mean for Northern Ireland.

Having chosen to abandon “frictionless” trade by leaving the single market but agreeing to a Protocol that effectively keeps Northern Ireland inside it, Johnson and his Brexit minister, David Frost, should not be surprised that the province’s businesses and communities are complaining.

Johnson spent last year insisting, despite all evidence to the contrary, that they would not face new paperwork.

But the political consequences of the Protocol are real enough. The leader of Northern Ireland’s main Unionist party has been ousted, there has been rioting by loyalist groups, and all Unionist parties are campaigning to scrap the Protocol. That imperils the peace process and, like it or not, the EU, as a cosignatory, bears some responsibility.

For all the belligerent rhetoric from London and Brussels, the officials involved in the technical talks say that neither side will walk away. In this case, it would help both sides to take the politics out of bangers.

In the run-up to the UN Food Systems Summit in September, Germany’s agriculture ministry launched its preparatory process at a conference this week where politicians, agriculture and health experts exchanged their views on future food production. But the dialogue was criticised for missing the voices of marginalised people. EURACTIV Germany reports.

French President Emmanuel Macron sought to portray a united European front at the G7 summit on Friday, tweeting a picture of the five EU leaders together, in a thinly veiled warning to the UK that the EU is united about the implementation of the Brexit agreement.

Next week, all the lights will be shining over Brussels, where a double summit is taking place. World leaders are hoping to set a key milestone in renewing the transatlantic partnership and maintaining economic ties between the EU and the US. To find out more about what we can expect from the NATO and the EU-US summits, listen to this week’s yellow room podcast.

Along those lines, and ahead of next week’s summits, read all you need to know in this week’s special edition of the Global Brief. And while we’re at it, don’t forget the weekly Agrifood and Digital Briefs.

Allegations of a cooling relationship between Montenegro and NATO is disinformation and fake news, defence minister Olivera Injac told EURACTIV in an exclusive interview.

Cohesion Policy is the EU’s main investment policy. It targets all regions and cities in the European Union in order to support job creation, business competitiveness, economic growth, sustainable development, and improve citizens’ quality of life.

The European Commission is looking into a number of European outposts with a central role in programming EU external aid which remain “passive” despite receiving instructions to actively engage with a wide variety of local actors, Commissioner for International Partnerships Jutta Urpilainen said.

The European Commission’s proposed battery regulation was alternatively branded too ambitious or too restricting at a meeting of EU environment ministers Thursday, highlighting the gap between the 27 member states on the issue.