The Brief – It takes EU to tango 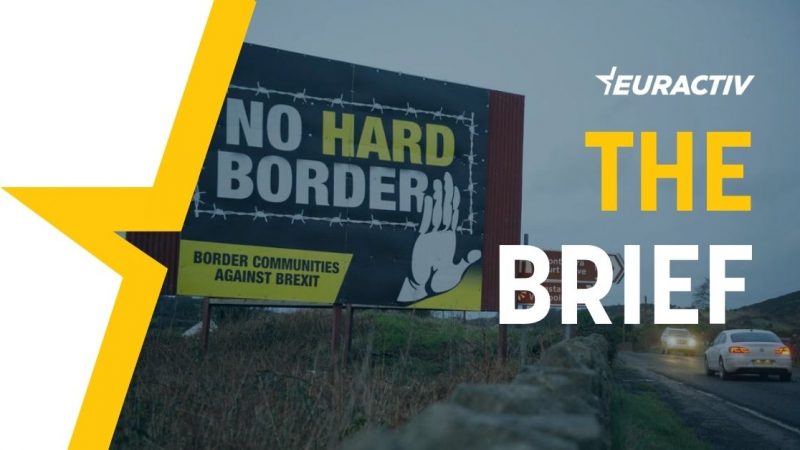 As EU officials prepare for their holidays, they have an extra reason to pack their bags faster than usual; to avoid the siren call of British politicians haranguing them to reopen parts of the Brexit settlement.

It would be easy, and largely correct, for the bloc to retort that this problem was created in London by UK Prime Minister Boris Johnson and his Leave campaign.

Leaving the EU’s single market always meant customs checks at the border. And since both sides were determined to avoid a hard border on the island of Ireland, the Irish Sea customs border was the only logical conclusion.

But it takes two to tango. Both the EU and the UK signed the Withdrawal Agreement and the Northern Irish Protocol and, as such, both are responsible for making it work.

In normal circumstances, a compromise could certainly be found. The protocol is a mess and, if it is going to be implemented strictly by EU customs officials, politically unworkable. It’s not hard to see why Northern Ireland’s Unionist community, so proud of their Britishness, bitterly resents a settlement that carves them away from Britain and instead prioritises intra–Irish trade.

The peace process and political settlement in Northern Ireland remains fragile. So why the immediate rejection of any renegotiation by European Commission chief Ursula von der Leyen?

The Commission faces several major problems. First is that after five years of what is, for them, a damage limitation exercise, diplomats are heartily fed up of the Brexit process. They are deeply unwilling to expend yet more time on reopening a document that was signed in good faith in 2019 and which the UK simply did not prepare to implement.

“Is it too much to expect the [UK] to stand by what it has negotiated, signed and ratified?” German government spokesperson Sebastian Fischer tweeted on Thursday. Others have taken a still tougher line.

The second, more serious, dilemma for the Commission and the EU27 is whether there is any point offering any more concessions to a prime minister and government that has repeatedly proved itself to be completely untrustworthy.

Johnson fought and won a general election on the basis of an ‘oven ready’ Brexit deal that, it turns out, was not just undercooked but red raw. He also promised that the Northern Irish protocol would not lead to any additional paperwork for businesses in Northern Ireland sending and receiving goods, one of his most egregious lies in a chequered catalogue of dishonesty.

EU officials could be forgiven for thinking that, if they offer concessions on the protocol, Johnson and Brexit Minister David Frost will simply repeat the trick again a few months later. UK officials insist that this is not the case but, ultimately, it is not they who call the shots.

The extension to the grace periods on chilled meat exports to Northern Ireland shows that the EU is prepared to be flexible. But kicking the can does not solve the dilemmas posed by Johnson and Brexit fatigue.

European Commission President Ursula von der Leyen has insisted that the EU would not reopen the controversial Northern Ireland protocol, a key part of the Brexit agreement with the UK, just a day after Boris Johnson’s published a paper setting out its plans to renegotiate it.

Plug-in hybrids and electric cars have increased in popularity in France, rising from 2.5% of all vehicles sold in 2019 to 7.5% today. The increase in sales is partly linked to the electric bonuses granted under the country’s recovery plan, dubbed France Relance. EURACTIV France reports.

Space tourism has become a reality in the last month, with two billionaires jetting off to brush the edge of space in ground-breaking technology, but the CO2 emissions of such trips could carry a heavy price for the climate.

Numbers of Lyme disease cases are growing in the EU. So far the only prevention measures are clothing and fast removal of the tick, but a new vaccine underway could change this.

The COVID Delta variant has swept rapidly across Europe to become the dominant strain across much of the region according to new data from European health authorities, who warn that action must be taken to curtail its spread.