The Brief – No country or bloc is an island 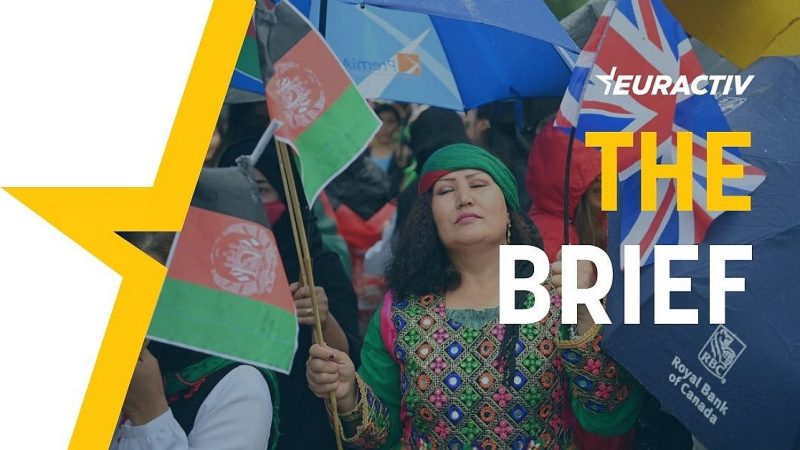 The crisis in Afghanistan may be prompting the EU to have a crisis of confidence and bout of self–examination about its role in the world, but it is not the only one.

The same can be said of Britain. Twenty years ago, Tony Blair, along with US President George W. Bush, was one of the main players in the ‘war on terror’ that sent thousands of troops into the Middle East.

Now Blair is something of a lost prophet, describing the US withdrawal order by President Biden as ‘imbecilic’, but not many people are listening because of the mess left in Iraq and, now, Afghanistan.

While the EU’s geopolitical role is primarily hampered by competing national interests, the UK has a different problem: In the post–Brexit world, it is unclear what sort of role it wants to play.

On trade, the picture is becoming clear; the Johnson government wants to strike as many free trade deals as it can.

On defence and foreign policy, it is less obvious. The UK wants to protect its transatlantic alliance with the US, remain part of NATO and, as always, punch above its weight. But what can it do, really, when it can’t find partners?

It was well–documented that successive UK governments shut down any EU plans to harmonise foreign policy and defence capabilities. But to have any clout ‘Global Britain’ needs allies.

The Taliban’s takeover in Kabul prompted the House of Commons to be recalled in August for a day’s debate on the crisis. Most MPs were highly critical of the government’s complacency and wanted to maintain a presence in Afghanistan. Without the Americans, however, there is no question of the UK trying to go it alone.

The same is true on migration that may result from the crisis. EU countries are divided on how to cope with the potential effects of thousands of people fleeing Afghanistan for Europe.

The Johnson government is not exactly opening its arms to Afghan refugees either. It has promised to take around 5,000 people in the first year and 20,000 over the coming years, both highly modest pledges.

In truth, for all the soul searching, domestic considerations in the UK come first. The UK scarcely has the resources to take over Washington’s role as a global policeman. Nor is there any public appetite for it to do so. Like in the US, there is public fatigue about sending British soldiers into battle in faraway countries.

Yet the UK and EU are natural partners on foreign and defence policy. The EU is a collection of predominantly small and medium-sized countries. The UK has little geopolitical presence when it acts alone. After Brexit and Afghanistan, it is clear that they both need each other.

Over half of the heavily criticised free allowances, which allow certain EU companies to emit CO2 without paying, will remain unchanged under current plans for the tool designed to replace them, according to climate think-tanks.

The European Commission has said it does not control from whom and how often meetings with lobbyists are requested, following a report that has unveiled significant overrepresentation of business representatives in discussions with EU officials on key digital proposals.

Instagram users will have to register their date of birth if they want to continue using the services of one of Facebook’s flagship products, the social media giant announced on Monday (30 August).

More than 256 million adults in the EU are now fully vaccinated against COVID-19 as the rate among the adult population reached 70% on Tuesday (31 August), which the European Commission president Ursula von der Leyen called “a great achievement”.