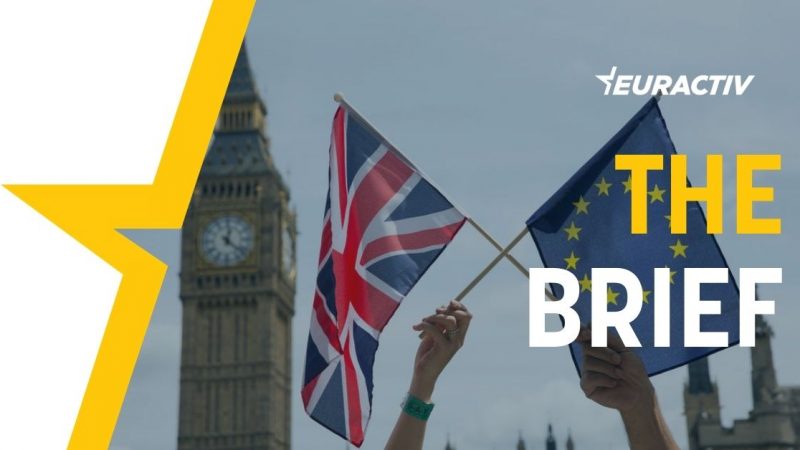 Lest we forget, five years ago this week the UK voted to leave the EU. It seems like a world away, yet it is striking how little has changed.

Talk to your average Brit, particularly Leave voters, and you often get a real sense of bemusement that the process of leaving the EU has been so slow and fraught. Most people assume that once a decision is made, it immediately comes into effect. Not in politics.

Five years on and Brexit isn’t done, or even close to it.

Remarkably, opinion polls suggest that even after a referendum and Boris Johnson’s decisive election win in December 2019, very few Britons have changed their mind about the merits of EU membership, and continue to show a near 50–50 split on the issue.

David Frost, Boris Johnson’s Brexit minister and a true believer in the Brexit project, said on Thursday that Vote Leave campaigners did not anticipate the impact Brexit would have on relations with the EU institutions and member states.

To this reporter, the tactics of Frost and Johnson sometimes appear to be by design: Poison EU-UK relations so that they are toxic for a generation and there will be no question of the UK ever rejoining.

Yet it is baffling that he expected anything else. Bitter divorces tend not to end in trust and friendship, no matter how many times Johnson refers to the EU and its members as “our friends and neighbours.”

Brexit was always going to be a process rather than an event, especially since the UK government machine and its politicians were woefully unprepared for what life outside the EU would look like.

Earlier this week, the EU agreed to extend the grace periods on chilled meat exports from Britain to Northern Ireland, calling a temporary truce to the so-called ‘sausage war.’ In return, the UK will continue to keep to the EU’s food safety standards.

Frost insists that Brexit is primarily about the UK having the freedom to choose its own regulations. Yet he has himself admitted that UK ministers and officials do not know whether or how they would like to change their standards on a raft of goods and services.

He says that officials had “got used to not devising for ourselves.” Changing that mindset, as with negotiating new trade deals, is a lengthy process that will take at least a decade.

In the meantime, some British Eurosceptics still fantasise about the collapse of the EU, an outcome which, despite all the evidence to the contrary, they think is imminent. But the lesson of Brexit is unlikely to inspire other countries. Why pursue the chimera of sovereignty when all you have at the end is five wasted years?

Bulgarian President Rumen Radev said after an EU summit on Friday he had strongly supported the Franco-German proposal to hold an EU summit with Russian President Vladimir Putin, saying it would help the bloc’s ambition to become a global player.

An EU mandate for the use of animal fats and used cooking oils in sustainable aviation fuel is set to enrich large biofuel players such as Total and Neste, at the expense of most of the industry, the European Waste-to-Advanced Biofuels Association (EWABA) has warned.

As the hospitality sector is ready to reopen its doors and welcome back customers, some public health risks may arise if water systems in hotels have not been properly managed during the lockdown, a health expert warned.

As always on Friday, don’t miss this week’s editions of the Digital and Global Briefs.

One response to “The Brief, powered by Martens Centre – Five years”