The Brief, powered by The Greens/EFA — Island of lost content 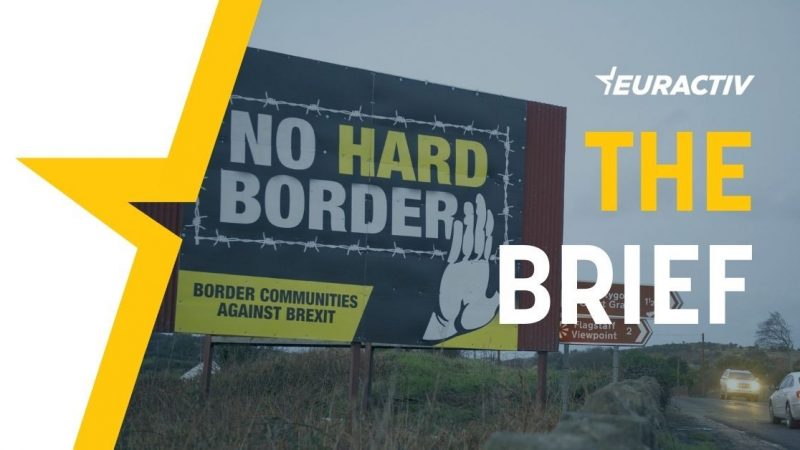 Few people in Britain (or Europe, for that matter) understand Northern Ireland. Even fewer understand its politics. That perhaps explains why so little attention was paid to the impact of Brexit on Northern Ireland during the referendum campaign in 2016.

Five years on, the province has been the most obvious victim of Brexit. Its people voted by a narrow majority to stay in the EU. Its nationalist and republican communities, who identify as Irish and mostly voted Remain, find themselves taken out of the bloc.

Most of the unionist and loyalist community – proud of their British identity – voted to leave the EU. They now find that a protocol has been imposed on them that carves them out of the UK’s single market.

Little wonder, then, that both sides talk of having been sold out, the sort of language, incidentally, that has been used by both sides at various points for more than a century.

The Irish protocol, which keeps Northern Ireland in the EU’s single market for goods and has introduced customs checks on goods travelling from Britain to Northern Ireland, is one of the most visible signs of Brexit. So, too, are the supply chain problems faced by local businesses, and empty supermarket shelves.

Earlier this week, the four unionist parties signed a joint statement calling for the protocol to be scrapped. Yet it would be a mistake to think that there is unity among the pro-British parties. The next elections to the Northern Ireland assembly will be held between now and next May.

The Ulster Unionists are tipped to become the largest unionist force for the first time in nearly two decades and do not want to give their rivals in the Democratic Unionist Party any tactical advantage.

Sinn Fein, meanwhile, is currently on course to be the largest party overall.

Despite the rhetoric, at least one of the major unionist parties would accept a compromise that keeps the protocol, or something almost exactly like it, in place.

One question is: should the EU care?

Some would like Boris Johnson’s government to stew in a mess they created. After all, the UK could have avoided these problems by staying in the single market or customs union. Instead, it chose a ‘hard Brexit’ and the protocol, or something similar, is one of the consequences.

That kind of bitter schadenfreude is understandable but self-defeating.

In one, five or ten years, Northern Ireland will still be the only part of the UK to share a land border with the EU. The sectarianism that drove the violence of the Troubles still exists.

The debate about whether there could, one day, be a referendum on a united Ireland has not gone away either. The EU can’t afford not to care.

Bulgaria has filed three appeals with the Court of Justice requesting a full or partial repeal of the EU legislation that has become known as the Mobility Package. The court cases pit Bulgaria against major EU countries, including France and Germany.

As always, don’t forget to check out our weekly Digital Brief.