Whose court is the Brexit ball really in? 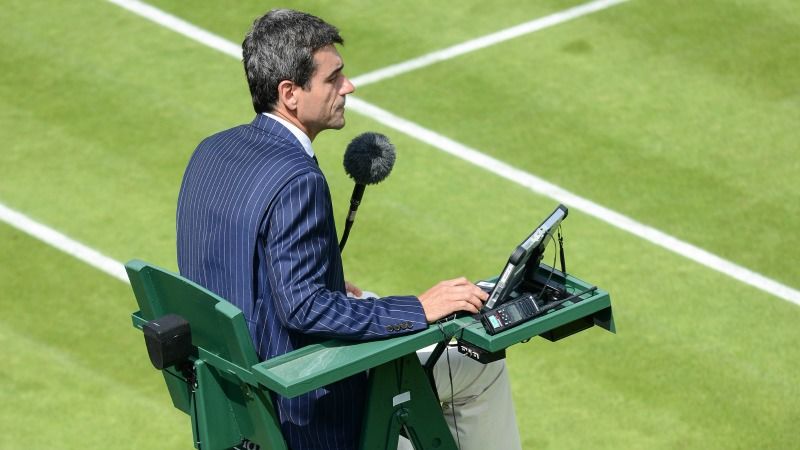 Given the inevitable period of introspection that will follow the UK general election, the ball is actually in the EU’s court to show strong leadership and define a new ambitious partnership that is good for the EU, good for the UK and good for Europe, writes Tom Parker. [boonkia / Flickr]

One week on from the United Kingdom General Election, the positions of the two sides of the Brexit negotiating table could not be more different, writes Tom Parker.

Tom Parker is CEO of Cambre Associates, a Brussels-based consultancy, and vice president of the British Chamber of Commerce in Belgium.

While Theresa May struggles to keep the lid on the fall out of the election and scrambles to present a new face of UK Brexit consensus, Michel Barnier and European Union (EU)27 have calmly stuck to their guns, steadfast in their negotiating position and the timetable for concluding discussions.

All eyes are on Westminster, wondering how the new balance of power in the Conservative party and its partnership with Northern Ireland’s Democratic Unionist Party (DUP) will shape the UK negotiating hand. Will the DUP’s opposition to a hard border between the two Irelands, Ruth Davidson’s Conservative success in Scotland and her call for an “Open Brexit” tilt the balance towards a softer exit? Or will the return of die-hard pro Brexiteer, Michael Gove and the rise of influential Eurosceptic Steve Baker keep the UK on course for a hard departure, leaving the UK outside the single market and the customs union?

Business has responded to the election result by pushing for a more measured UK Brexit position. Leading figures from the City of London have urged government to bring together the best brains from across the UK political spectrum to prepare. Meanwhile, organisations like the British Chamber of Commerce in Brussels have re-iterated their position that a future agreement must guarantee single market access, provide seamless customs arrangements and ensure the availability of skilled labour.

Meanwhile, EU leaders including Merkel and Macron have left the door open to continued EU membership. However, even if you accept Guy Verhofstadt’s suggestion that Belgium has lost its mantle of master of European surrealism to the UK, how likely is this really? Would the UK accept anything less than the terms of its previous EU arrangement? And would/should EU27 be ready to accept the UK back under the conditions of the past?

With three months already passing since Article 50 was triggered, the Department for Exiting the European Union (DExEU) in disarray and the prospect of an extension of the March 2019 deadline unlikely, pressure is building fast on the UK. Looking on, Barnier has observed that the ball is in the UK’s court and with the clock ticking it is incumbent that UK government get its ducks in a row quickly and bring clarity to what sort of future EU relationship it wants.

However, rather than settling for some half-baked compromise, both sides should think long term. They should get the practicalities of separation out of the way, settling the conditions of EU divorce in prompt and mature fashion, and then put in place a fixed period, transitional arrangement to provide citizens and business the legal certainty they crave and allow time for full reflection. Both parties should then seize the opportunity to agree a deep and comprehensive partnership, possibly inspired by the two speed Europe touted by Verhofstadt or the “Continental Partnership” suggested by think tank Bruegel[1]. The UK Government would then be able to tell its citizens that it has delivered Brexit, whilst retaining the key elements it needs to ensure stability and prosperity. The EU could use this new structure to simplify its relationship with all third countries, providing a platform for further EU integration, while offering a framework that extends the reach and stability of Europe beyond its current reach.

Unfortunately, given the inevitable period of introspection that will follow the election, it is unlikely that the UK will show such ambition of thought in the months ahead. As such, the ball is actually in the EU’s court to seize the moment, show strong leadership and define a new ambitious partnership that is good for the EU, good for the UK and good for Europe.