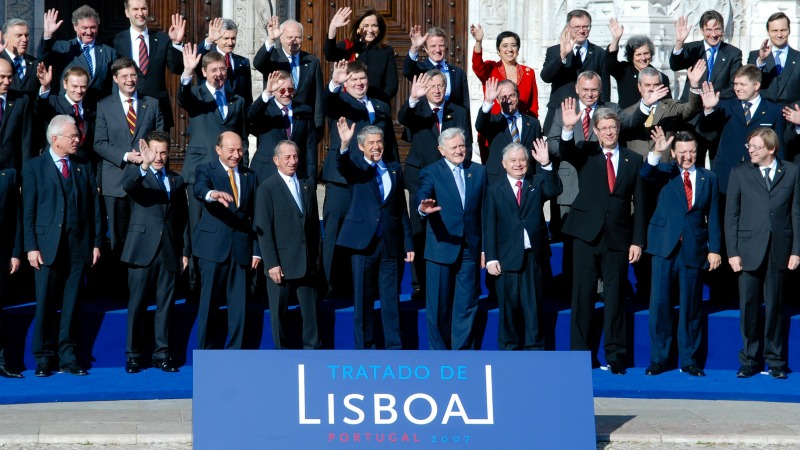 A withdrawal of the United Kingdom from the European Union would ultimately end up frustrating certain legitimate expectations of EU citizens, writes Thomas Burri.

Thomas Burri is professor of international and European law at the University of St Gallen in Switzerland.

The foundational treaties of the European Union certainly allow the United Kingdom to withdraw from the Union. This much is clear, at least since the Treaty of Lisbon introduced article 50 into the Treaty on European Union, one of the foundational treaties. Yet, leaving the Union would not be smooth. A large number of issues would have to be settled. That is why article 50 requires that withdrawal be negotiated between the Union and the member state having given a clear exit signal.

One of the issues to be tackled is the existing migration already having taken place within the Union. Over the years, many nationals of the member states have migrated to the United Kingdom. Vice versa many citizens of the United Kingdom have migrated to other member states. All of them have done so as European citizens – EU citizenship being a status that the foundational treaties confer upon any national of a member state of the Union. (To be precise, most of them have done so as workers; the status of worker confers more solid rights under Union law than EU citizenship, but for simplicity let us focus on the latter.)

Indeed, part of the reason why the discussion about withdrawing from the Union is occurring in the United Kingdom in the first place is the allegedly large number of incoming EU citizens who, it is said, are exploiting generous British social benefits.

To be clear, the law of Union citizenship does not grant anyone the right to migrate in search of social benefits. Quite the contrary, it requires Union citizens either to work in the host state or to have sufficient resources not to become a burden to it. It is up to the host state, in this case the United Kingdom, to enforce this rule.

So, if British benefits flow too freely, the discussion should be about the British legal order and the way it enforces rules, rather than about leaving the Union or amending/renegotiating its rules of free movement. Yet, here we are, required to discuss migration with the United Kingdom, mainly because some politicians were unable to resist the temptation to pander to populist instincts.

So, the migration issue eventually to be settled by exit negotiations involves the Union citizens who are currently present in the United Kingdom. It is to their situation, and to their situation only, that the rest of this text is devoted. (Clearly though, the situation of British citizens in the Union after withdrawal of the United Kingdom would also merit more attention than it is currently being given.)

These Union citizens had come to the United Kingdom with certain legitimate expectations. I deliberately use the term legitimate expectations. EU citizens cannot have the same trust in the law that they could have otherwise had. But trust in legislative acts is not protected by the law. (For simplicity, I treat the foundational treaties as legislative acts.) Legislative acts can be changed. Article 50 of the Treaty says just that. One may entertain the hope that a legislative act will not be changed, but if it is, the hope does not generally, absent special circumstances, translate into a claim protected by the law.

The structural guarantee of the ‘new legal order’

Yet, legitimate expectations are more than mere hopes. What makes them more is the ‘new legal order’ the Court of Justice of the European Community, now of the European Union, proclaimed in Van Gend en Loos in 1963. It is a legal order protected by ‘the rule of law’ at the heart of which is a ‘constitution (al charter’, Les Verts, 1986) that is protected by the Court of Justice itself. It is a legal order at the centre of which the Court put the individual as a trader (Dassonville, 1974), worker (Bosman, 1995), fundamental rights holder (Internationale Handelsgesellschaft, 1970), and Union citizen (Martínez Sala, 1998).

This ‘new legal order’ – which by now is quite old – implies a structural guarantee given to the individual, namely that its rights cannot be unilaterally altered by a member state. And if they were, the Court of Justice would see to it that any alteration would be undone.

It is this structural guarantee that is important here. An entire legal machinery was constructed to remove the rights of the individual from the grasp of the member states. This legal machinery is embedded in a constitution (al charter) that is the most solid and unalterable in the entire world.

Rights depending on the whim of others

This solid legal ‘Überbau’ of the Union has engendered the legitimate expectation on the part of EU citizens that they have exercised their rights, that these rights will not only be honoured but also not suddenly depend on the whim of a specific state. For this is what would happen if the United Kingdom withdraws from the Union. The rights of EU citizens currently living in the United Kingdom would ultimately depend solely on the United Kingdom (even if negotiations preceded a withdrawal). Gone would be the old legal order with the Court of Justice that would have safeguarded their rights. In its place British institutions would step in, whimsical as they apparently are.

What is more, they would create a sort of ‘super citizen’ who would hold ossified rights which no one else could any longer attain. Clearly, this would beget envy, if not rise issues of constitutional equality.

Alternatively, the Union citizens present in the United Kingdom could be granted British citizenship as per the United Kingdom’s withdrawal. However, even this solution, generous on the face of it, has drawbacks. Depending on home state regulation, it would require certain EU citizens to abandon their home state citizenship. The solution would not benefit from the structural backbone Union citizenship has (had), either, though it admittedly would avoid inequalities under constitutional law.

By way of conclusion, a withdrawal of the United Kingdom from the European Union would necessarily have the effect of frustrating certain legitimate expectations of Union citizens. They would then become what Caroline Sawyer, a researcher, recently called ‘the unexpected precariat’.

No easy way to avoid this frustration is in sight. While it would not necessarily entail legal consequences, other states – and individuals – would certainly think twice in the future before they would trust the United Kingdom’s word.