Will Cameron get what he wants and will it matter if he does? 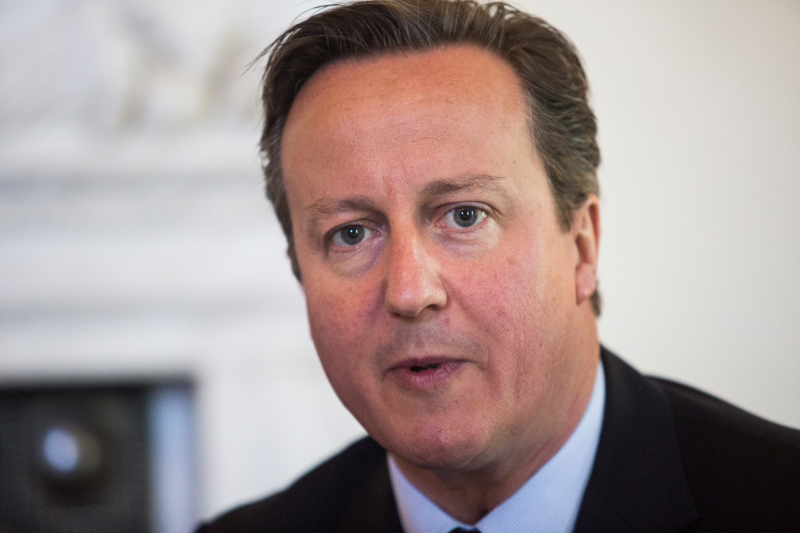 David Cameron’s list of demands to ensure that the UK government supports Britain remaining in the EU is one that EU leaders will have little difficulty in accepting, write Mark Dawson and Mike Baab.

Mark Dawson is Professor of European Law and Governance at the Hertie School of Governance in Berlin. Mike Baab is a writer, animator and human rights consultant.

After several months of reluctance to play his hand, David Cameron has now released his list of demands to ensure that the UK government supports Britain remaining in the EU. With his fellow EU leaders demanding a detailed list, the government’s main avenues of negotiation are now relatively clear. His speech, and accompanying letter to the President of the European Council, set out four main objectives for re-negotiation:

Objective 1: Protect the single market for Britain and others outside the Eurozone. What I mean by that is a set of binding principles that guarantee fairness between Euro and non-Euro countries.

Objective 2: Write competitiveness into the DNA of the whole European Union. And this includes cutting the total burden on business.

Objective 3: Exempt Britain from an ‘ever closer union’ and bolster national parliaments. Not through warm words but through legally binding and irreversible changes.

Objective 4: Tackle abuses of the right to free movement, and enable us to control migration from the European Union, in line with our manifesto.

Within these objectives are a number of detailed proposals. The government has clarified for example that in respect of objective 3, it wishes to re-visit the powers of the European Court of Justice (the EU’s highest Court) to create ‘new rights’ for citizens, as well as give greater veto powers for national Parliaments to block EU laws. In respect of objective 4, the government has insisted on a 4 year qualification period for access to in-work benefits for migrants from the EU currently working in the UK. There are few surprises in this last (bar perhaps the Court proposal, which echoes similar concerns about the authority of Strasbourg’s European Court of Human Rights).

The political incentive for the Prime Minister is to talk up the significance of these changes. Throughout his Chatham speech, the Prime Minister had a tendency – with a view to Euro-sceptic opposition within the UK – to talk-up the ambition of his demands. He also – with a view to his EU counter-parts – talked up the possibility of recommending UK withdrawal if his demands were not satisfied: ‘I am not saying for one moment that Britain couldn’t survive outside the European Union.’ The Prime Minister has been keen throughout his tenure to talk the UK up as a trading nation whose links to the Commonwealth, the US and the wider world can compensate for increasing estrangement from its European partners.

In truth, this is a list of demands that EU leaders will have little difficulty in accepting. This is so for two reasons: firstly, many demands relate to rights which the UK already has; secondly, many demands relate to purely symbolic changes, the acceptance of which will lead to little or no costs to other EU members. Examples of the former abound. While the negotiation list asks for example for guarantees to protect non-Eurozone countries within the EU’s internal market, the UK has already won a series of concessions to this effect. In 2013, when the EU was negotiating a Banking Union, the UK won opt-outs from EU measures allowing central supervision and resolution of national banks by the European Central Bank in Frankfurt. The UK also won agreement on a ‘double-majority’ voting system for new banking rules, allowing non-Eurozone members to block measures agreed by the Eurozone.

A further example concerns national parliaments. National parliaments already have the power to demand that the European Commission reviews proposals infringing national competences. On the two occasions where this power was used by parliaments, the Commission was effectively halted from advancing its proposal. The introduction of a veto is unlikely to make any practical difference (and therefore unlikely to worry Brussels).

The final and ultimate symbolic sacrificial lamb may be the EU’s commitment to an ‘ever closer union’. While this phrase may have loosely inspired the case-law of the Court of Justice, it is totally unclear how it has any bearing on the EU’s political process or how amending it would halt or advance any concrete legislative or other proposal. Other EU leaders may be perfectly happy for Mr Cameron to opt-out of abstract ideas so long as core rights protected under EU law remain unaffected.

The likely major sticking point remains Mr Cameron’s fourth objective. While a number of member states have restricted access to social benefits for non-nationals (and even been sanctioned by the EU Courts in doing so), in-work benefits are a different story. In so far as in-work benefits are related to the free movement of workers, they constitute an integral part of the EU treaties and one that EU leaders are unlikely to give up without a fight. Even if EU leaders were to agree to relax free movement rules, any agreement would likely be over-turned by the EU Courts unless included in a general EU treaty change. Like any good negotiator, this point may be being offered in the expectation of ‘win some, lose some’.

As he pointed out in his speech, Mr Cameron is no novice on EU affairs. While his speech presents negotiating demands as sine qua nons, every political indication is that the Prime Minister will support Britain’s continued EU membership, regardless of the outcome. The main reason is Mr Cameron’s appreciation for the dearth of available alternatives. As our video explains, the alternatives to EU membership for Britain seem to either deprive the UK of the necessary benefits of EU trade or subject the UK to trade agreements even less respectful of UK sovereignty. As he well knows, the best guarantee for UK sovereignty in the type of globalised economic environment Mr Cameron favours may be precisely Britain’s membership of today’s European Union.

0 responses to “Will Cameron get what he wants and will it matter if he does?”