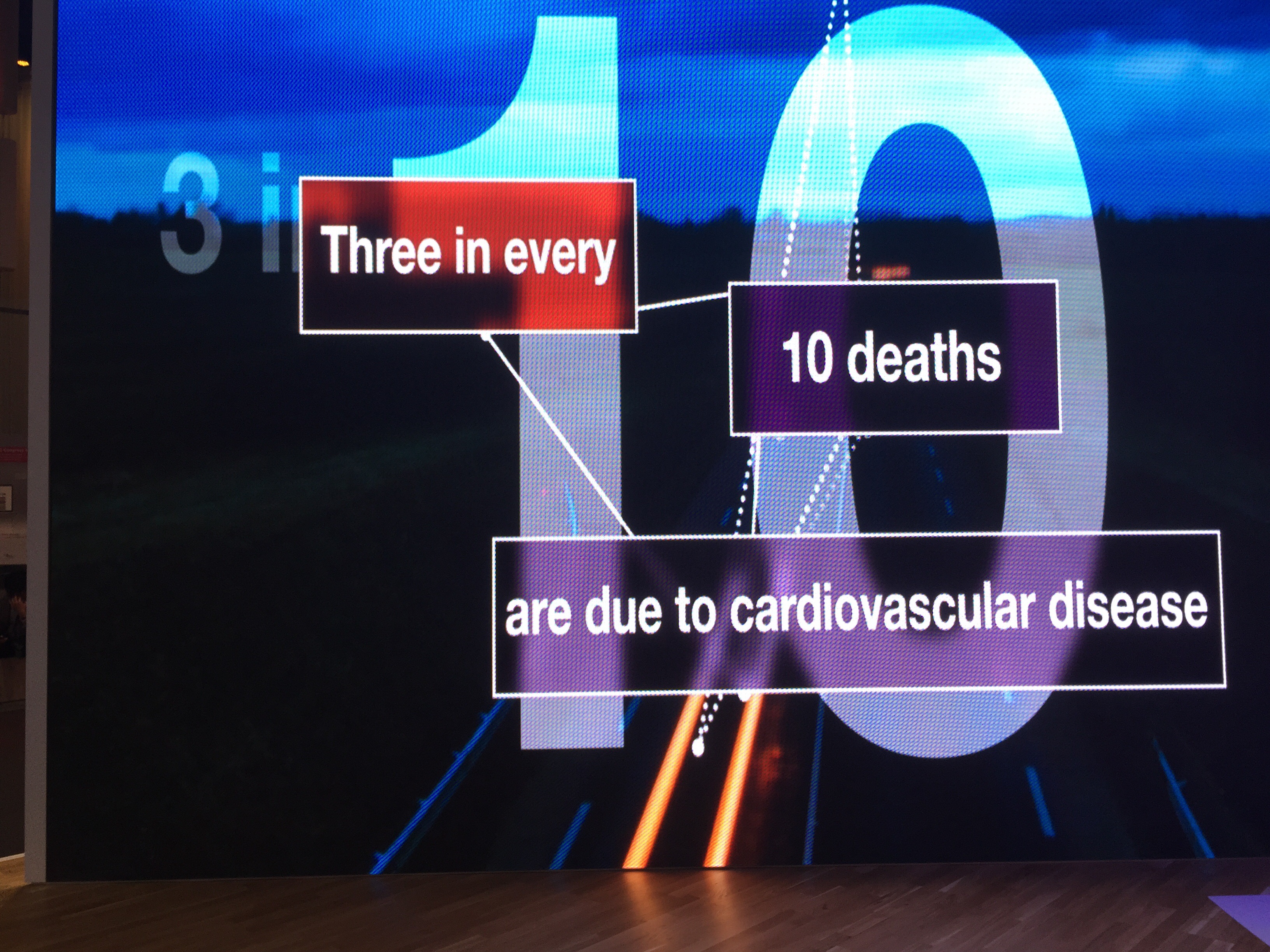 Cardiovascular disease, still the number one killer in the EU. [Henriette Jacobsen]

Healthcare spending is expected to jump from an average 5.7% of GDP in 2005, to 9.6% of GDP in 2050, according to OECD estimates, mainly fuelled by cardiovascular diseases and an ageing population.

The debt crisis has added to the pressure, forcing many European countries – Greece in particular – to drastically cut their public health spending in an effort to contain public deficits.

This has put healthcare economics – and cost-benefit analysis – firmly at the centre of policymakers’ attention.

Speaking at the European Society of Cardiology (ESC) congress in London on 30 August, Robert Califf, Deputy Commissioner in charge of medical products at the US Food and Drug Administration (FDA), highlighted the specificities of healthcare economics.

Doctors and patients are not the most cost-conscious, he remarked, because they usually spend someone else’s money – whether through insurance companies or taxpayers. By contrast, healthcare providers always need to balance the cost and benefits of new treatment or drugs, and how they compare with alternatives.

“The most important data collection in a cost analysis is the clinical outcomes of the proposed new treatment versus the old treatment,” said Califf, a recognised expert in cardiovascular medicine who was a professor and clinical researcher at Duke University before joining the FDA.

Cost effectiveness analyses are designed to contrast the economic benefits of alternative interventions. They are sometimes based on a single unit, for example the life years gained, or the deaths and heart attacks avoided. The effectiveness can then be measured in terms of cost per unit.

But cost-benefit analyses also need to take account of other factors, such as the rebates that pharma companies might offer for some of their drugs.

Rebates, he pointed out, can “disturb” the cost-effectiveness analysis, as they can be tied to other drugs or products from the same manufacturer. This means some drugs may turn out to be cheaper than they appear, because they are part of a rebate programme.

The globalisation of supply chains is another factor to take into account. For example, if a manufacturing facility shows a decline in quality, it can affect supplies in other parts of the world and “completely cut off access to therapies”.

“This changes the picture of what cost effectiveness looks like,” said Califf. “Through the use of supply chain economics, paths can become really constrained.”

Not just about money

Simon Stewart, the director of the Mary MacKillop Institute for Health Research in Melbourne, highlighted heart failure management programmes as particularly topical in terms of measuring the balance between costs and outcomes. But he added that healthcare providers also need to take access and quality into consideration.

“A heart failure management programme, which is so important to the patient and his quality of life, is still often broken down to only be about money,” Stewart noted.

Prevention is also not emphasised enough when it comes to cost effectiveness, said William Weintraub, a cardiologist at the Christiana Care Hospital System in the US. “We are not spending anywhere in the world what we should be spending on prevention,” he said.

Part of the problem, Weintraub explained, is related to the very long time frames required to gather data about the effectiveness of prevention campaigns, making it harder to measure “the value of what we are saving”.

Taking the example of Familial Hypercholesterolemia (FH), a cardiovascular disease transmitted from generation to generation, he said: “If we have screening programmes for FH that allow us to extend life expectancy for someone with this disease from 30-40 years to 85 years, we add a tremendous amount of productive years,” the cardiologist remarked.

“Somehow we need to add that in the equation of what is cost effective and we really don’t do that,” Weintraub added.

The European Society of Cardiology (ESC) congress presents the world’s largest and most influential cardiovascular event and showcases and debates the latest science and research in cardiology and how it can improve the lives of our patients.