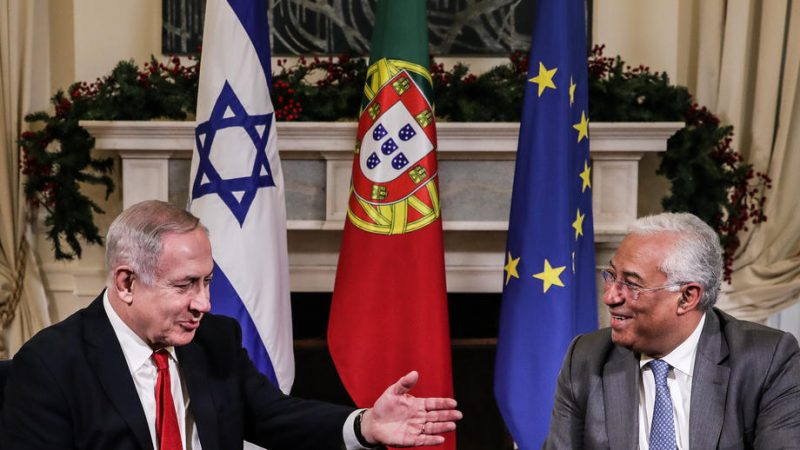 Israel hopes that Portugal will be able to convince the EU to reconvene the Israel-EU Association Council during the Portuguese presidency of the European Union, the country's envoy said on Thursday (21 January).
Opinion

After a year scarred by the COVID-19 pandemic, the Portuguese presidency will seek to deliver on a Europe-wide vaccination plan and the National Recovery and Resilience Plans, writes António Costa.
Opinion

Last year Ursula von der Leyen promised to lead a 'geopolitical' Commission. It's time to get real on putting that into practice, argue Nicole Koenig and Nils Redeker.
Opinion

It is a dangerous myth to believe that maximising the role of the European Commission is  synonymous with a stronger, wealthier Europe, writes Gunnar Hökmark.
News 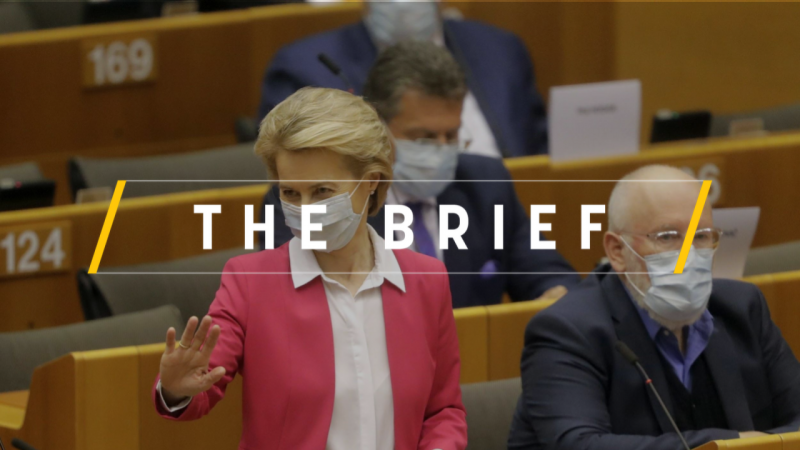 ‘Whatever it takes’ was the message from European Commission President Ursula von der Leyen on Wednesday (27 May) as the EU unveiled an ambitious recovery plan to help its members who have been worst affected by the coronavirus pandemic.
News

Despite warnings that COVID-19 may particularly affect the rights of already at-risk populations, the European Commission is looking into the possibility of delaying a host of initiatives intended to improve gender equality and protect human, sexual and ethnic minority rights, according to a draft internal working document seen by EURACTIV.
Interview

There are only a few months left until Germany will take over the EU Presidency. But the ongoing corona crisis could really upset the plans, says the president of the European Movement Germany. What can the EU actually do in these turbulent times?
News

Fifteen EU member states insisted on Saturday (1 February) that the EU budget for 2021-2027 should maintain the level of the previous one "in real terms". EURACTIV’s partner Lusa reports.
Interview

France's current discrepancy with Germany does not call into question their relationship, said Amélie de Montchalin, who also stressed that own resources are key for the European budget, while the member states are reluctant to increase their contributions and will have to compromise. EURACTIV France reports.
Interview

With all the new types of challenges emerging in Europe, NATO can no longer do the job on its own, which is why Europe has to step up its defence cooperation, Jorge Domecq, who heads the European Defence Agency (EDA), told EURACTIV in his end-of-term interview.
Special ReportInterview

Instead of funding 'business as usual'-research, the need to take a long-term perspective is crucial for innovative solutions, but that is often difficult to accept for policymakers, the head of a top European research agency told EURACTIV.com in an interview.
News

The dispute between net contributors and the European Commission escalated on Wednesday (30 October) as Budget Commissioner Gunter Oettinger described as "misleading" Germany's EU budget figures reported by the media.
News

European Union governments on Wednesday (23 October) rejected EU lawmakers' plans to increase the bloc's spending next year, sparking a row that could delay funding on climate and research projects.
News

European leaders gather for a summit in Brussels on 17-18 October to discuss if, how and when the United Kingdom will leave the bloc. With everything up in the air, an extension seems the safest bet. The EU's seven-year budget, enlargement to the Western Balkans and escalation in Syria will also be high on the agenda.
Opinion

A European tax on plastic waste is gaining momentum as a way to bring new sources of revenue to the EU budget as leaders prepare for a two-day summit in Brussels beginning on Thursday (17 October).
News

The Capitals brings you the latest news from across Europe, through on-the-ground reporting by EURACTIV’s media network. You can subscribe to the newsletter here. /// BRATISLAVA EXCLUSIVE / Our partners in Bratislava report that Slovakia will be the last country delaying...
Opinion

Torn between the cuts caused by Brexit and the investments that the European Green Deal requires, negotiations over the next EU budget after 2020 are getting tough. The EU must not, however, pass on the challenge and use 40% of its funds to support climate action, writes Markus Trilling.
News

The incoming President of the European Commission, Ursula von der Leyen, is preparing a ‘Green Deal’ team that may be led by Vice-President Frans Timmermans. Whether the climate and energy briefs will be split or kept together remains to be seen, however.
Opinion

The goals of the new Finnish EU Presidency include a socially, ecologically and economically sustainable EU, the same priorities as its domestic agenda, writes Kaisa Penny.
News

As Europe prepares for a comprehensive update of its competition, industrial and trade policies, experts and private sector representatives have warned against state interventionism proposed by France and Germany.
News

EU member states broadly supported priorities highlighted for the next five years, although they called for a more “positive” vision. Despite the demands made by the capitals, the latest version only included few changes, according to the latest draft and the minutes seen by EURACTIV.
News

A new strategy for the capital markets union, fintech, financial stability, sustainable economy and Brexit are the priorities listed for the next financial services commissioner, according to the memo drafted by European Commission officials and seen by EURACTIV.com.
Read more »»
RSS - EU Priorities 2020