A much-awaited draft law criminalising tobacco smuggling is expected to be approved by the Ukrainian parliament by the end of the year or in early 2020, the Mission of Ukraine to the EU told EURACTIV.com.

The European Union is stepping up the pressure on Kyiv to take a firmer stance on tobacco smuggling and criminalise it in line with the country’s commitments under the terms of the EU-Ukraine Association Agreement, EURACTIV has learnt.

The much-awaited EU tobacco track and trace system will be fully functional in "maximum one year" after its official launch due on 20 May, a European Commission official told EURACTIV.com.

The European Anti-Fraud Office (OLAF) stands ready to assist member states, such as France, in the fight against illicit tobacco trade with third countries, but it’s up to the national authorities to make a request, OLAF told EURACTIV.com. “OLAF will...

Europol’s annual Operation SILVER AXE III seized the largest-ever amount of illegal or counterfeit pesticides in Europe this week. But the fact that such massive amounts of illegal pesticides are available has raised concerns about both the economic and health costs.

The European Commission’s proposal for a tobacco track and trace system is fully in line with the WHO Framework Convention on Tobacco Control (FCTC) provisions, as it gives control over the system to the member states and not the tobacco industry, a Commission spokesperson told EURACTIV.

Illegal sale of fine cut tobacco is on the rise in Eastern and Southeastern Europe, depriving state budgets of millions of euros in unpaid taxes and causing concern in the EU's anti-fraud office, OLAF, and the European Commission. 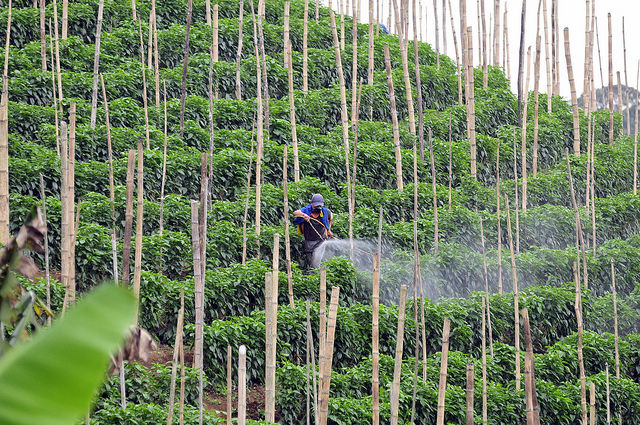 Greece seizes more than 700kg of illegal pesticides from Turkey

Greek Ministry of Rural Development and Food announced on Friday (4 August) that the customs office seized more than 700 kilos of illegal pesticides originating from Turkey.

The involvement of the tobacco industry in an EU-wide track and trace system to tackle smuggling has divided relevant stakeholders.
Read more »»
RSS - Illicit Trade