In an interview with EURACTIV Germany, business IT specialist and former German Green candidate, Laura Sophie Dornheim, spoke about her quest against online hate, her own experience with it, as well as "crowbar" women's quotas in the tech sector.
Special Report

Blockchain is expected to have a larger impact on our business than a potential Brexit, suggests MasterCard’s deputy boss, Ann Cairns. In her view, the technology behind virtual currencies like bitcoin is “a good thing for the future”, she told EURACTIV.com.
Special Report

The UN climate change summit (COP21), which opens in Paris next week, “will be meaningless” if it doesn’t include a positive agenda for economic growth, warns Jeremy Rifkin.

The European Commission has called radio spectrum used by telecoms and mobile internet services “the basis for a digitally enabled society”. Ahead of a crucial conference to take place in Geneva (2-27 November), Pascal Lamy explains why the executive should stand up for its powers in the field. 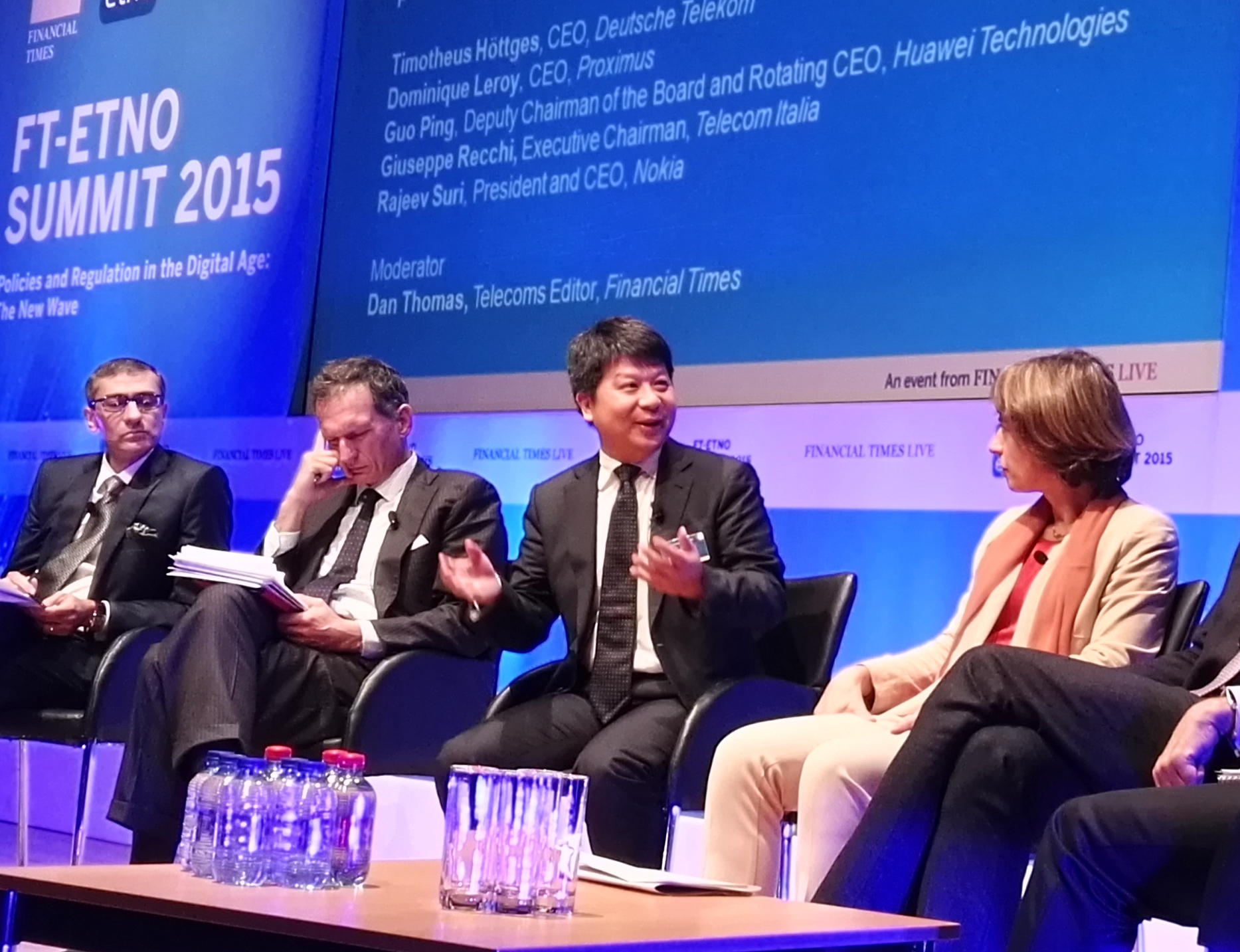 Huawei’s Guo: ‘Europe has the opportunity to lead on 5G development’

The world is on the cusp of a digital revolution where machines will be talking to machines. Huawei's Guo Ping believes that Europe can take a leading role in 5G and the internet of things, but points to risks ahead for manufacturing in the country he knows best, China.

Europe has a good industrial basis, with strong traditional sectors. But EU countries are “not making the merge with the digital world,” warns Carlos Moedas, saying the transition will be “the most crucial area for getting it right or wrong for Europe”.
Special Report

SPECIAL REPORT: Europe needs to capitalise on the Internet of Things to pave the way to the zero-marginal cost industrial economy of the future, according to US economist Jeremy Rifkin, who says China is willing to join it on the journey. ?
Special Report

SPECIAL REPORT / As the Barcelona Mobile World Congress ends, EURACTIV explores the ethical aspects of the internet and the move towards ever-more connected objects and devices. Per Strömbäck, editor of Netopia, says machines can and should be adjusted to fit the moral values of individuals and the wider society in which they operate.