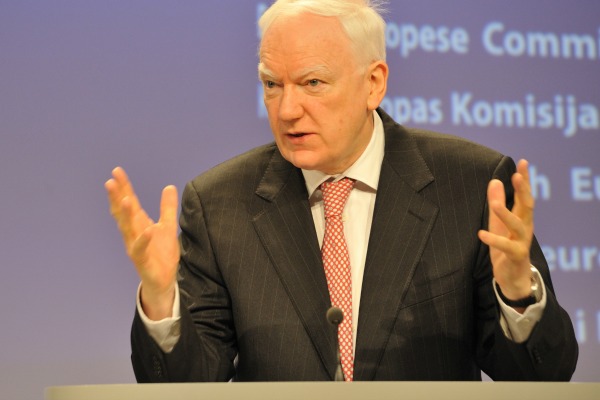 The European Union is seeking to increase its influence over global accounting standards by beefing up the agency that scrutinises new rules and in certain cases tweaking how they are applied in the bloc.
News

EU plans to exempt smallest firms from having to draw up annual accounts came under fire from a leading European small business group yesterday (10 March), claiming it will distort the internal market without cutting red tape.
News
Euro & Finance 16-12-2005

Companies to give more detail on accounts

New rules extending the amount of information companies must disclose in their annual accounts have been approved by the European Parliament.
Policy Brief
Euro & Finance 26-10-2005

The collapse of Enron in the US and European scandals such as those revolving around Dutch retailer Ahold and Italian agri-food giant Parmalat, all in 2003, forced the issues of corporate governance and financial reporting to the fore in the EU. The Commission therefore began to systematically address these issues through its company law and financial services policies.
News
Euro & Finance 26-10-2005

Financial industry must self-regulate for risk

A high-level conference in Brussels on 25 October discussed the issue of how investors and industry could best be protected from any future accounting debacles.
News
Euro & Finance 12-07-2005

Controversial accounting standard to be adopted

International accounting standard IAS 39, which caused much controversy in financial circles earlier this year, is set to be adopted in an amended version.
News
Euro & Finance 06-07-2005

EP criticisms of an over-interventionist approach to corporate anti-fraud regulation have been fuelled by an attack by a senior American judge on the US legislative response to the Enron scandal.
News
Sports 24-06-2005

After Italy decided to remove certain tax advantages for sports clubs from the 'save football' law, the Commission has found that the legislation no longer amounts to state aid.
News
Euro & Finance 22-06-2005

European and US leaders have agreed that positive co-operation on capital markets is the way to boost the transatlantic financial services economy.
News
Euro & Finance 22-04-2005

EU and US agree on accounting standards

The Commission has announced that EU and US authorities have agreed to work towards mutual recognition of accounting standards across the Atlantic.
News
Euro & Finance 19-04-2005

McCreevy visits US with corporate governance and accountancy agenda

The EU is set to enter talks with the trustees of the International Accounting Standards Committee Foundation (IASCF) on its demand for a stronger voice on the board which sets accounting standards worldwide.
News
Euro & Finance 08-02-2005

The Commission has adopted an international financial reporting standard (IFRS-2) which will force companies to reflect stock option plans in their accounts.
News
Brexit 09-12-2004