African civil society groups want to be part of drawing up a new ‘strategic partnership’ between the EU and the African Union, in a bid to overhaul a process which many believe is deeply dysfunctional.

A joint ministerial council next week had been earmarked as the moment for formally concluding the successor to the Cotonou Agreement, which expires in January. But there are now doubts that it will be finalised before the end of the year.

Europe’s migration crisis is over, the EU’s migration chief said on Wednesday (6 March), blaming "misinformation, untruths and fake news" for clouding the debate on the issue, which he said could dominate campaigning for the European elections in May.

The African Union has ambitious plans to reconfigure its continent’s relations with the European Union. In 2018, led by Rwanda’s President Paul Kagame and the Chadian chair of the African Union Commission, Moussa Faki Mahamat, the Addis Ababa-based AU moved...

EU leaders asked the Commission in June to study ways to set up “regional disembarkation platforms” in North African countries, for migrants rescued by European vessels in the Mediterranean. But the demand didn't last long and the EU seems to have quietly lowered its ambitions on migration-control deals with North Africa.

Less than a month after Jean-Claude Juncker’s State of the Union talked of the need for a ‘partnership of equals’ between Africa and the European Union, migration control was once again the main prism through which the EU views Africa...

The EU’s financial support for African peace and security policies “has had a poor effect and needs refocusing,” the European Court of Auditors said in a report published on Tuesday (18 September).

European Commission chief Jean-Claude Juncker held out the promise of an EU-Africa trade pact on Wednesday as part of a ‘partnership of equals’ between the two continents, signalling Europe's stronger involvement in Africa, where Chinese influence is rapidly spreading.
Special Report

Increasing trade between the EU and the ACP (African-Caribbean-Pacific), particularly African countries, lay at the heart of the ambition of the Cotonou Agreement. That was supposed to be embodied by regional Economic Partnership Agreements (EPA) with the EU.
Special Report

The issue of how to control migration from Africa may have exorcised European leaders in recent years, but it could also derail the EU's main political agreement with the continent.

The African Union’s leadership has reiterated its wish to negotiate a separate relationship with the EU as part of an overhaul of the bloc’s Cotonou Agreement with African, Caribbean and Pacific countries later this year.

More than 13,000 migrants have been repatriated from Libya since the beginning of December, the African Union's chief said yesterday (29 January), nearly two months after reports emerged showing refugees being sold as slaves. 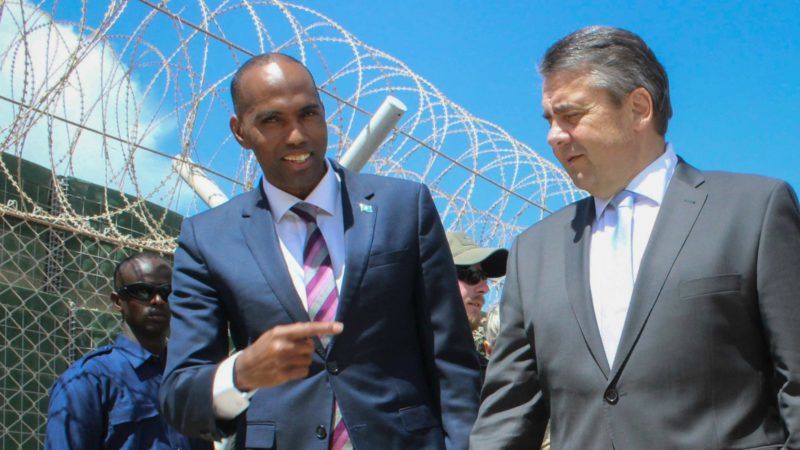 Germany will not back a proposal establishing camps in Libya to corral migrants heading for Europe, Foreign Minister Sigmar Gabriel said yesterday (2 May) at the African Union's headquarters.