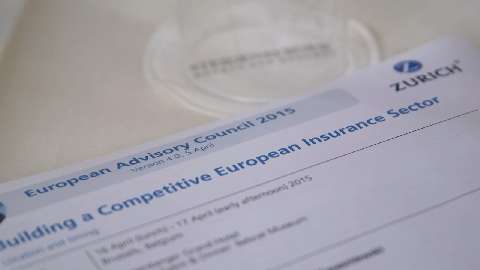 In April 2015, the European Advisory Council of Zurich Insurance met in Brussels, Belgium to discuss the challenges and opportunities of the European insurance sector.
Interview

Kwa?niewski: Poland should join the eurozone within five years

The next EU step for Poland should be joining the eurozone within three to five years. It would be dangerous for the EU if Poland does not take that step, says Aleksander Kwa?niewski.
Opinion
Global Europe 15-11-2010

How can the EU respond to Kazakhstan’s starry ambition?

"When I was a small boy, Kazakhstan suddenly exploded into my and the world’s consciousness as the launch site for Yuri Gagarin's historic space flight. Nearly half a century later, the lift-off today of one of the largest ever commercial satellites from the same site is testament to independent Kazakhstan's continued desire to look upwards. A joint US and Russian venture, it will provide 4G communications for smartphone users in the West," writes Aleksander Kwasniewski, a former president of Poland.
RSS - Aleksander Kwa?niewski