Europe’s socialist parties on Saturday (8 December) chose Dutch politician Frans Timmermans to lead them in May elections and to succeed his boss Jean-Claude Juncker as head of the European Commission. Delegates voted in Timmermans, currently first vice president of the EU’s powerful...
News

German Manfred Weber was crowned Spitzenkandidat of the EPP, the European Parliament's largest party, on Thursday (8 November), after he swept to victory in a contest that saw ex-Finnish Prime minister Alexander Stubb win only 20% of the votes.
News 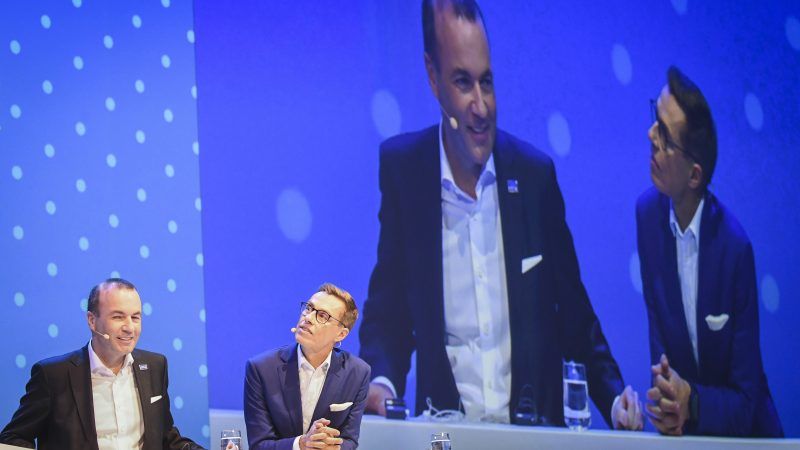 The EPP's two lead candidates for the Presidency of the European Commission, MEP Manfred Weber and Ex-Finnish PM Alexander Stubb, went head-to-head on Wednesday evening (7 October), in a bid to secure support for Thursday's (8 November) vote on who should lead the party into next year's European elections.
Video

As the European elections loom closer, one question rings ever louder in the Brussels corridors: How will the Parliament’s main political groups choose their candidates for the EU’s top jobs?
Opinion

University Professor Brent F. Nelsen explains why his former student, Alexander Stubb, should be the next European Commission president.
News

Alexander Stubb, one of the EPP's two candidates to be the next European Commission president, has urged Greek and Cypriot conservatives to remember how he handled the financial crisis and make an “educated and personal” choice at the party’s congress next month.
News

Alexander Stubb, one of the EPP’s candidates for the next European Commission president, came out in defiance against the ‘illiberal’ factions within his party on Wednesday (17 October), saying he had zero tolerance for violations of fundamental party values.
Interview

After serving his country as a minister and prime minister, and gaining first-hand experience in dealing with some of the EU's biggest crises, Alexander Stubb is now vying for the top job in the European Commission. He presented his credentials during an interview with EURACTIV.
News

Greece’s centre-right New Democracy party said yesterday (12 September) that it would vote in favour of the Sargentini report on activating Article 7 against Hungary.
News

Former Finnish prime ministers Alexander Stubb and Jyrki Katainen left open the possibility on Saturday (9 June) that they would run to succeed Jean-Claude Juncker as the EU executive’s president next year.
News

Without Britain, there is no European Union, Finland's finance minister said today (24 August) in a boost for his British counterpart George Osborne as he toured Scandinavia to drum up support for London's push to reform the 28-nation bloc.
News

A millionaire former telecoms executive, touted as a technocrat capable of rescuing Finland from its economic slump, won Sunday's parliamentary election, but he will likely need coalition support from a second-placed eurosceptic party critical of any more Greek bailouts.
News 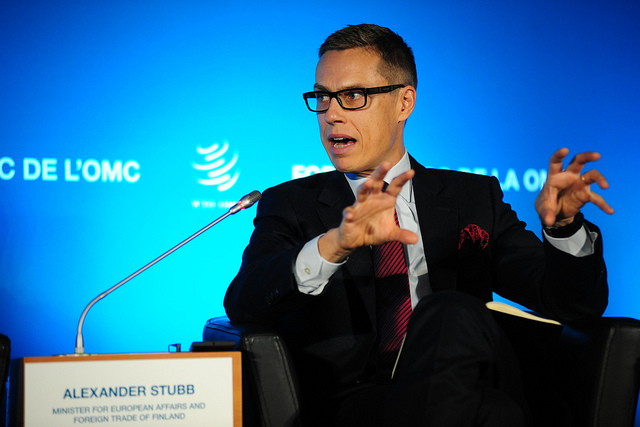 Finns are expected to oust Prime Minister Alexander Stubb's left-right coalition in Sunday's legislative elections, amid hopes that a new government will pull Finland out of its three-year economic slump.
News 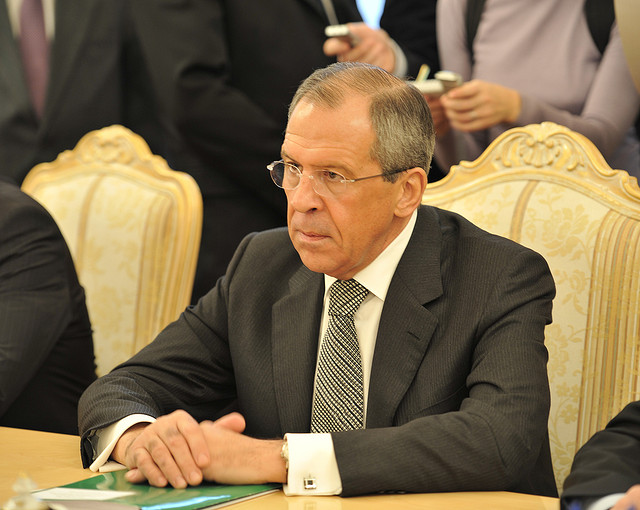 Russia's Foreign Ministry said Sunday (12 April) that moves by Finland and Sweden towards closer ties with NATO were of "special concern".
VideoPromoted content

“The key here is to stay firm on the commitments that were made in the Eurogroup on the 20th of February,” said Finnish Prime Minister Alexander Stubb on his arrival at the EU Council Summit on Thursday.
VideoPromoted content 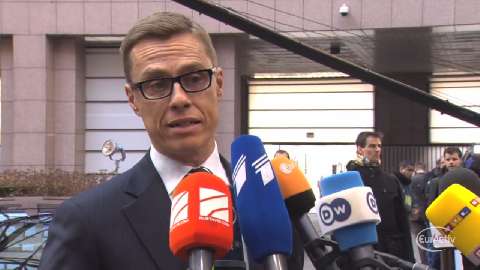 Finnish Prime Minister Alexander Stubb has warned Russia of a 'frozen relation' with the West if Moscow does not respect the ceasefire agreement reached in Minsk on Wednesday.
VideoPromoted content
Economy & Jobs 24-10-2014

Stubb: The EU is not a simplified accounting exercise

On his arrival at the December 2014 EU Summit, Finnish Prime Minister Alexander Stubb said that “the UK, like Finland, is a rich country, the UK, unlike Finland, has a rebate regardless of its economic power.” “I think it is very important we do not start treating the EU as some kind of a simplified accounting exercise,” Stubb added.
Read more »»
RSS - Alexander Stubb