About: Alternative for Germany

The German intelligence service is keeping an eye on comments made by AfD politicians from now on. The party is to be examined for contemptuous behaviour. It is now up to the party whether it will be observed. EURACTIV Germany reports.

As the British parliament prepares for a crucial Brexit vote Tuesday (15 January), Germany's far right voted Sunday to break a national taboo by campaigning to quit the European Union if its demand for reforms within the bloc are not met. 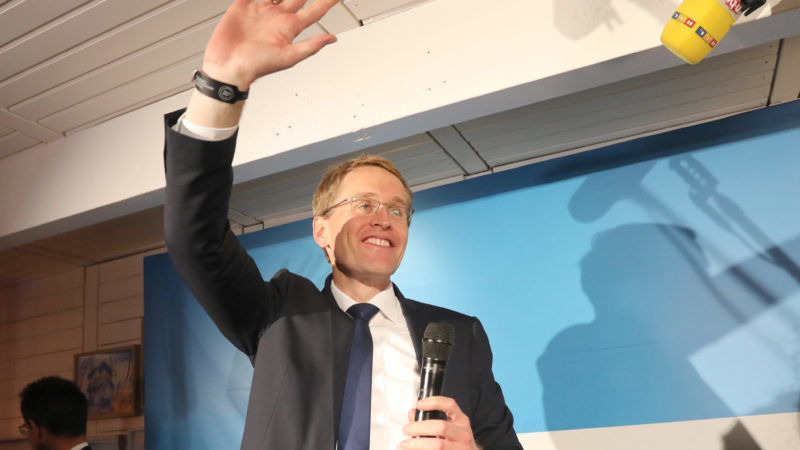 European Council President Donald Tusk defended the “liberal democracy” on which the present EU has been built and warned against the anti-liberal “virus” which plays into the hands of Russian strongman Vladimir Putin.

Germany has agreed to take in hundreds of migrants who are blocked in Italy in a move that might revive the European Union's failed relocation program, Italy's Interior Minister Angelino Alfano said on Tuesday (23 August).

Chancellor Angela Merkel's party risks a drubbing at key state elections Sunday (9 March) as voters are expected to punish the German leader for her liberal refugee policy, while the nationalist Alternative für Deutschland eyes major gains as it scoops up the protest vote.

Attacks on women in Cologne and other German cities on New Year's Eve have prompted more than 600 criminal complaints, and a German minister said the sexual assaults may have been planned or coordinated.

About 90 women have reported being robbed, threatened or sexually molested at New Year celebrations outside Cologne's cathedral by young, mostly drunk, men, police said yesterday (4 January), in events they have described as "a new dimension in crime".

The German Islamophobic movement PEGIDA staged its biggest rally in months yesterday (19 October), reinvigorated on its first anniversary by anger at the government's decision to take in nearly a million refugees from the Middle East.
RSS - Alternative for Germany