As Serbia heads into an election year, the rhetoric of political parties rise. In an exclusive op-ed for EURACTIV.com, Serbian Prime Minister Ana Brnabić says a fair election requires all parties to participate and present their vision in order to give people a real choice.
News

Belgrade held its eighth Pride Parade, under the slogan Say Yes, on Sunday (16 September). It passed without incident and, according to media estimates, with fewer police officers guarding the event than in previous years. EURACTIV Serbia reports.
News 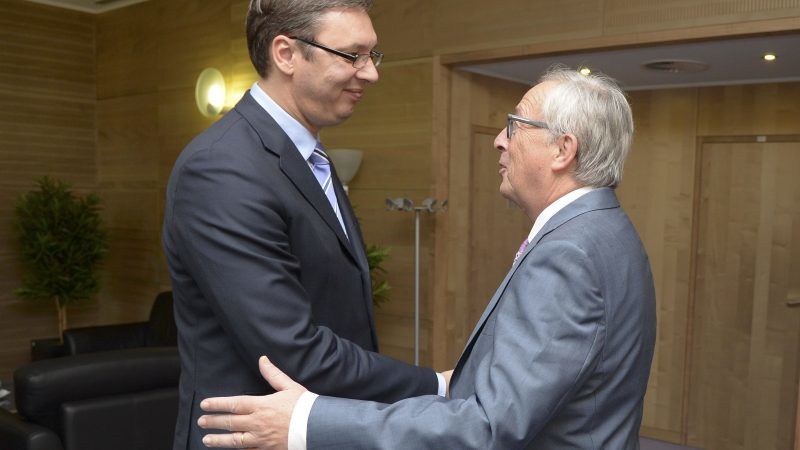 Serbia appears to be moving closer towards resolving relations with its former province of Kosovo - a key issue holding back its EU membership bid. President Aleksandar Vučić, who is trying to get cross-party support for a lasting solution, expects "very difficult talks" on Kosovo this month.
News

A third of Serbians think that German companies are the best investors and that a job at a German firm guarantees a good salary and working conditions, job safety and career advancement. EURACTIV Serbia reports.
News 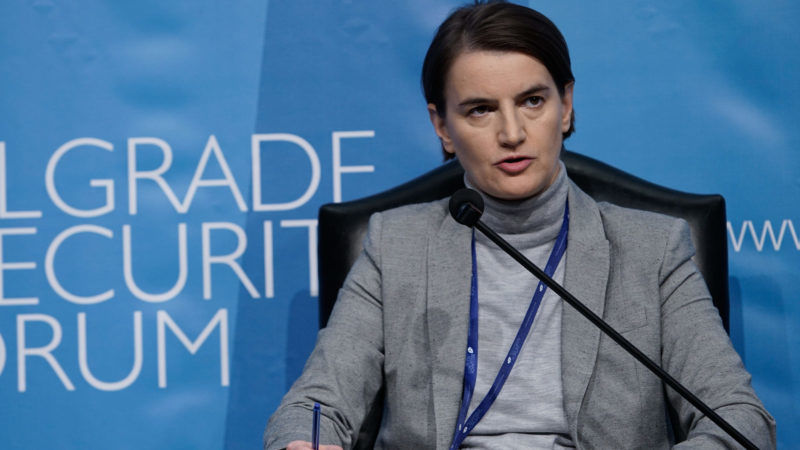 Foreign investors insist Serbia must continue along its EU accession pathway and modernise its state administration and legislation, particularly in the realm of tax policy. A recent evaluation of reforms suggested Belgrade is lagging behind. EURACTIV Serbia reports.
News

EXCLUSIVE / Serbia and Montenegro are seen as the two Western Balkan frontrunners to join the EU but Serbian Prime Minister Ana Brnabić told EURACTIV.com in a wide-ranging interview that joining the soon-to-be 27-country bloc is a matter of endurance and not a competition.
News

Serbia's lesbian prime minister said Sunday (17 September) that she was working "one step at a time" towards a more tolerant society, as she joined Belgrade's annual gay march held under heavy security.
News

Belgrade's annual Pride Week began on Monday (11 September) and will end with a march on Sunday (17 September). Pride parades were held over the past few years with strong security measures and, in the meantime, Serbia elected a gay prime minister. EURACTIV.rs reports.
News

Serbia plans to compensate for lower than planned GDP growth in 2017. Although, according to officials, economic indicators are good, the drought has taken its toll and forced the government to change its estimates. EURACTIV.rs reports.
News

The return of Fiat Chrysler Automobiles (FCA) Serbia employees to work after a strike that lasted some 20 days has jump-started negotiations between workers and management. EURACTIV.rs reports.
News

The Serbian government, opposition and Kremlin have all reacted to a statement by Prime Minister Ana Brnabić that Serbia, if forced to choose between closer ties with Russia and membership of the Union, would choose the EU. EURACTIV.rs reports.
News

Serbia's first female prime minister pledged on Wednesday (28 June) to reform education and push for the digitalisation of state administration to take the country closer to European Union membership.
News

Serbian President-elect Aleksandar Vučić, who scored a convincing victory in the first round of the election on 2 April, will take his time appointing his successor as prime minister, a position he's held a firm grip on for three years. EURACTIV.rs reports.
RSS - Ana Brnabić