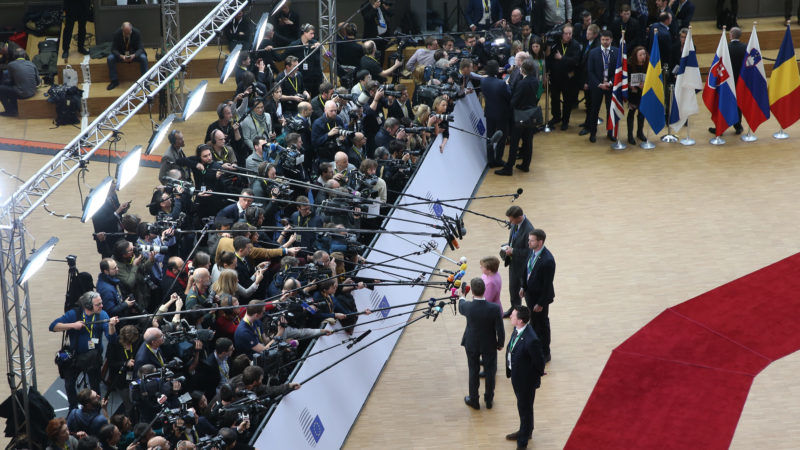 The United Kingdom’s decision to leave the European Union is totally unprecedented. How best to communicate the various aspects of Brexit presents its own challenges, including how to get a meaningful message across when everyone else is shouting about the same thing.
Opinion 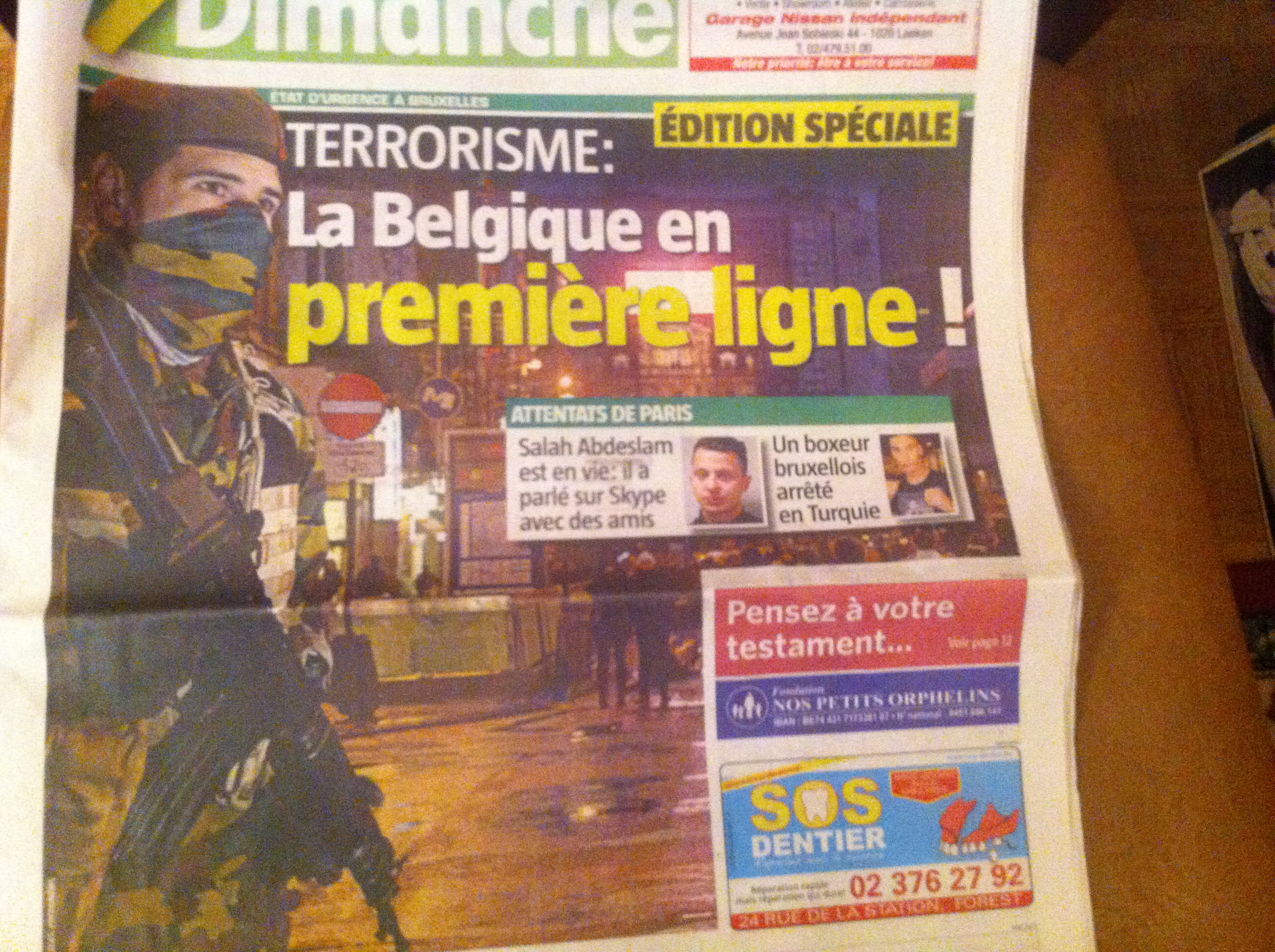 The European Council decided to cancel the majority of non-essential meetings scheduled to take place today (23 November) and the European Commission encouraged its staff to work from home, in what appears to be a capitulation to a terror threat, which has transformed Brussels into a ghost city.
Opinion

If the heads of government want to placate Cameron, they can promise to change the treaty in the future, but such a promise will be neither legally-binding nor irreversible, writes Andrew Duff.
Opinion

Those who wish Europe well will be hoping that Merkel can emulate Kohl’s leadership, and that Hollande can cut a more commanding figure than the wily Mitterrand, writes Andrew Duff.
Opinion

If a Grexit proves unavoidable, it will require expert management, writes Andrew Duff. The ex-MEP explains how it should be negotiated, if Athens is forced to leave the eurozone.
Opinion

The UK already enjoys a special position within the EU. Andrew Duff explains why the Tories’ renegotiation demands may simply be impossible.
Opinion

Great Britain is not the only peripheral island with an uncertain relationship with the European Union that faces an important election. In polite company this second island is called North Cyprus, writes Andrew Duff.
Interview

"I’ve always been a federalist," Andrew Duff told EURACTIV in a wide-ranging interview. "The eurozone crisis has accentuated the need for the federalist argument to be put."
Opinion

The European Court of Justice has blocked the EU’s efforts to sign up to the European Convention on Human Rights. In doing so, judges defied the will of EU Commission, European Parliament and the advice of their advocate, writes Andrew Duff.
Opinion

Tuesday’s (16 December) meeting of the General Affairs Council is going to have to take a fresh look at the EU’s deteriorating relationship with Turkey. Turkey’s EU Accession Negotiations should now be suspended, writes Andrew Duff.
Opinion

If the European Union lacks somewhat in terms of popular legitimacy, the electoral procedure of the European Parliament must have something to do with it. Fortunately, Parliament is itself responsible for initiating electoral reform, although like all parliaments it must overcome the vested interests of serving deputies that provide an in-built bias towards the status quo, writes Andrew Duff.
Opinion

As British Prime Minister David Cameron readies another big speech about Europe and immigration, he should be aware that freedom of movement is the most important element of the proud concept of EU citizenship, and that if he was looking for a major EU ‘red line’, he should look no further, writes Andrew Duff.
Opinion

Cameron’s battle against Juncker is futile and misguided

In line with what we've heard from UK prime minister David Cameron, the Commission's programme for the next five years is as important as who takes on the presidency. Contrary to British claims, though, none of the Spitzenkandidaten is aiming for ‘business as usual’, writes Andrew Duff.
News

Many high-profile MEPs have been re-elected, but a significant number of them have been less lucky and have failed in their attempt to enter the new European Parliament. The EURACTIV network reports about the most prominent election casualties.
Opinion
Brexit 18-02-2014

Scotland and Europe: both Cameron and Salmond must play fair with the voters

Scottish independence does not secure Edinburgh EU membership per se, as European Commission President José Manuel Barroso stressed the scenario would be unprecedented. Many stumbling blocks lie on the path towards membership, including the euro, the ever-changing acquis communautaire and the required unanimity amongst member states, writes Andrew Duff.
Opinion
Brexit 28-08-2013

Ahead of a vote in Parliament today (4 July) on a resolution aimed at giving political parties the same rulebook for the European elections in May 2014, liberal rapporteur Andrew Duff told EURACTIV that campaigns should offer a greater European dimension.
Opinion
Brexit 17-01-2013

Reality check for the ‘euro-realists’

A new band of ‘euro-realists’ has appeared on the scene, composed mostly of Tory Britons. In the European Parliament, they cluster in the group of European Conservatives and Reformists (ECR), and are little aware of the true state of the Union, argues Andrew Duff.
Opinion
Euro & Finance 28-11-2012

The European Parliament is voting in committee this week on the legislation which installs the single supervisory mechanism for Europe's banks. Tricky stuff - especially when certain governments in the Council appear to be backsliding on the banking union, writes Andrew Duff.
News
Future EU 23-11-2012

MEPs urged EU political parties to propose candidates to succeed Commission President José Manuel Barroso, in a bid to give voters a bigger say over who becomes the top EU executive. They also voted to move the poll from June to May so that they have time to prepare for the presidential election in July 2014.
Opinion
Brexit 03-10-2012

Europe needs a treasury secretary – and associate status for the UK

While the UK goes one way, the rest of the EU goes another. Europe’s ongoing financial crisis exposes systemic weakness in the way the political economy is run. Executive authority is dispersed amongst different and fairly obscure institutions, and democratic accountability is thin, writes Andrew Duff in a BlogActiv post.
Read more »»
RSS - Andrew Duff