EU negotiators sealed an agreement that will allow non-personal data to move freely across the bloc and ban national laws that require companies to store data within a country’s borders.
News

The movement to establish a single European Parliament seat in Brussels has the wind in its sails. But France is resolutely blocking any serious debate on the closure of the institution’s Strasbourg premises. EURACTIV France reports.
Video

It's a time of crisis, global turbulence, and economic change. It's also a time of opportunity. On the first of January, for the first time, Malta took up the presidency of the Council of the European Union.
VideoPromoted content 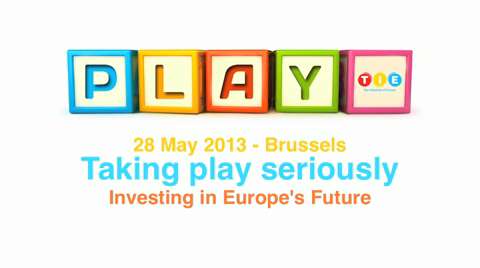 On the occasion of World Play Day on 28 May, Member of the European Parliament (MEP) Anna Maria Corazza Bildt hosted an event in the European Parliament entitled 'Taking play seriously: investing in Europe's future' to enhance understanding of the unique role of play in supporting children's development.
Interview
Trade & Society 14-03-2013

Economic protectionism stoked by fears of social dumping is preventing EU countries from taking full advantage of the EU services directive, says MEP Anna Maria Corazza Bildt. Ahead of her 15 March report, she tells EURACTIV how the rules, which chop down barriers to the sale of services across borders, curb discrimination and could result in a 2.6% rise in European GDP.
Special ReportInterview
Agrifood 04-07-2012

Swedish MEP Anna Maria Corazza Bildt explains why she wants to introduce restaurant "doggy bags" in Europe, and what the EU can do to diminish food waste.
Special Report VideoPromoted content
Agrifood 12-06-2012

In response to the European Commission's study that estimated annual food waste in the EU at approximately 179kg per person, the European Parliament adopted a resolution in January 2012 on how to avoid food waste. The resolution is aimed at identifying a series of strategies for a more efficient food chain in the EU. Among these strategies, the design of new packaging that will increase longevity of goods plays an important role. How achievable is the 50% reduction of food waste by 2025? What measures should be taken to reach this objective?
RSS - Anna Maria Corazza-Bildt