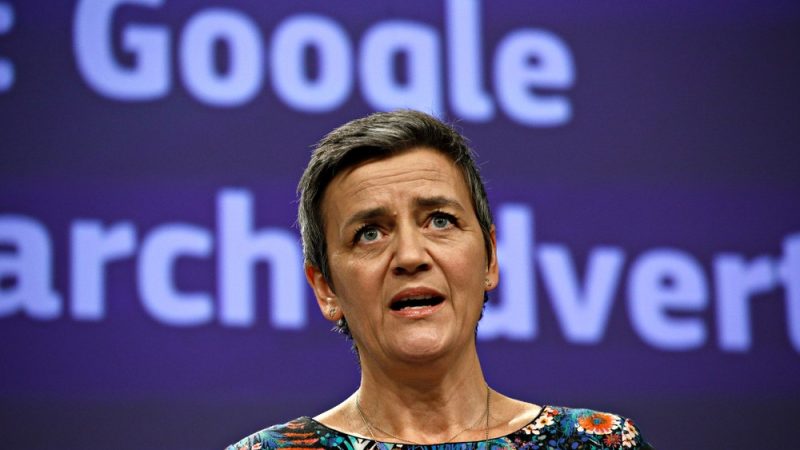 EU auditors have questioned the effectiveness of antitrust fines dished out by the European Commission, as part of a landmark audit of the EU executive's role as an enforcer of competition rules.
News

With immediate effect, the Facebook company must stop merging and sharing user data from its Facebook, Whatsapp and Instagram platforms in Germany, according to a ruling by the country's highest court. EURACTIV Germany reports.
News

The European Commission is to contract a study on the gatekeeping, or market-dominating, power of digital platforms in a bid to gather evidence which could feed into the upcoming Digital Services Act, documents seen by EURACTIV reveal.
News

Alphabet unit Google faces the risk of more EU antitrust problems after 40 rivals on both sides of the Atlantic accused it of favouring its own vacation rental service on its search engine and urged European Union enforcers to take action.
News

The European Commission is mulling over measures to bolster competition rules for digital services in order to rein in the dominance of global tech giants and foster "technologies that work for people", a draft communication obtained by EURACTIV reveals.
News

The European Commission decided on Wednesday (17 July) to launch an antitrust investigation into US online retailer Amazon over its use of merchants' data, in a case that could set a precedent.
News

The European Commission announced on Monday (25 March) that the popular US sportswear group Nike has been fined €12.5 million for unlawfully preventing cross-border sales of football merchandise, which lead to higher prices and a reduced choice for consumers.
News

A total of 19 EU governments have proposed updating the EU’s antitrust rules in order to facilitate the emergence of European industrial giants able to face “fierce competition” from the US and China.
News

Deutsche Telekom is confident it will secure EU antitrust approval to buy Tele2’s Dutch business, the German company’s chief executive said, adding that the deal was necessary to help the companies compete with bigger rivals.
News

Regulators are set to exercise their new powers by handing out fines and even temporary bans on companies that breach a new EU privacy law, with the first round of sanctions expected by the end of the year, the bloc’s privacy chief said.
News

EU antitrust regulators are asking retailers and manufacturers whether Amazon’s sales of own brand products similar to theirs have harmed their business, a move which could lead to a formal case and possibly fines against the U.S. tech giant.
News

The EU's antitrust regulators have ended their investigation into Gazprom without imposing any fines, the Competition Commissioner Margrethe Vestager announced on Thursday (24 May). The Russian gas giant welcomed the EU's decision and promised to reform.
Read more »»
RSS - Antitrust