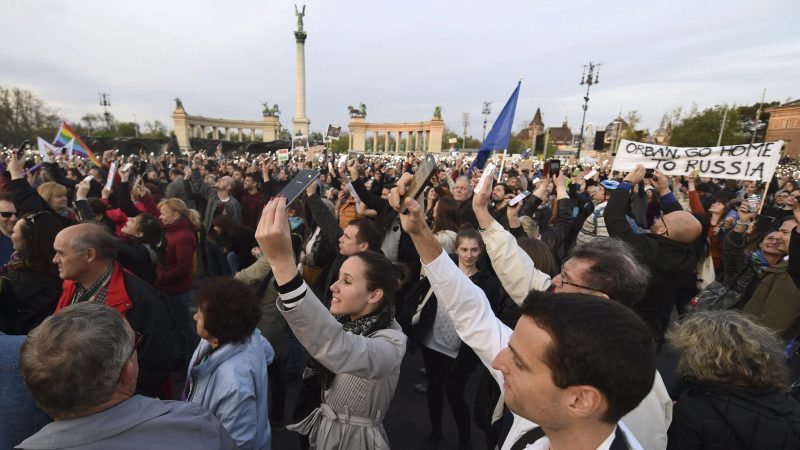 The European Commission said on Wednesday (30 January) that the Union-wide assessment of the rule of law will complete its toolbox with a "preventive" mechanism to guard against backsliding in countries across the bloc.

Poland's ruling right-wing coalition looked to be hanging by a thread on Monday (21 September), as a government spokesman said he could imagine the largest party in the grouping, Law and Justice (PiS), governing without one of its current partners.

The Hungarian Parliament passed legislation on Tuesday (16 June) that rescinds the controversial powers granted to Viktor Orbán's government at the height of the coronavirus pandemic, and approved "transitional arrangements" to phase it out.

The EU must set out concrete demands and deadlines for Poland and Hungary over their rule of law and judicial independence situation, lawmakers in the European Parliament demanded in a Strasbourg debate on Article 7 on Wednesday (15 January). In...

Human rights watchdogs hailed on Tuesday (14 January) an opinion from the advocate general of the EU's top court which said restrictions imposed by Hungary on the financing of civil organisations from abroad breach EU law.

Thousands of Poles joined rallies on Sunday (1 December) in Warsaw and other cities nationwide to show support for a judge suspended for having questioned the government's controversial court reforms.
Read more »»
RSS - Article 7