Solidarity has to be placed at the heart of Europe’s migration and asylum policy by incorporating a rights-based approach based on a more efficient responsibility-sharing system and improved harmonisation of protection’s standards among Member States.

Commission has ‘no time’ for moral questions on migrant swap deal

The European Commission today knocked back questions over the morality of the EU’s deal with Turkey, which will see a controversial swap of so-called irregular migrants in Greece with asylum seekers in Turkey. 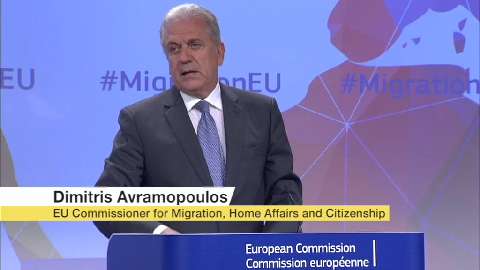 “We have a proposal for an emergency mechanism to relocate 40,000 asylum seekers. Syrians and Eritreans will be relocated from Italy and Greece to other European Union member states over a period of two years,” said EU Commissioner for Migration, Home Affairs and Citizenship Dimitris Avramopoulos in Brussels on Wednesday.
RSS - Asylum seekers