MEPs at the European Parliament backed plans on Tuesday (2 October) to ensure that at least 30 per cent of content provided by online media platforms such as Amazon and Netflix is European.
News

EU Digital Commissioner Mariya Gabriel announced that she will meet with national audiovisual regulators from around the bloc to discuss possible ways to combat negative stereotypes about women in television and film.
News

Netflix and other video-on-demand platforms could be required to include a minimum 30% of European content—more than the Commission's proposed 20% quota, if new broadcasting rules follow a report approved yesterday (25 April) by MEPs in the Culture Committee.
News

The EU is set to unveil proposals Wednesday (25 May) to make firms lift international barriers for Internet shoppers, and to force Netflix and Amazon to accept quotas for European movies and TV shows.
News

The European Commission will propose quotas on online video streaming services that require them to offer at least 20% European content.
News

Consumer organisations are fighting with specific member states, including France, Italy, Spain and Greece, to limit access to subscriber content, such as films and music, when travelling abroad.
News

European Commission Vice-President Andrus Ansip rejected some member states' proposal to limit the number of days of that digital content like Netflix can be accessed when Europeans are traveling in other EU countries.
News

The European Commission proposed a new regulation today (9 December) to allow residents of the EU to access legal digital content when they're traveling outside the country they live in.
News 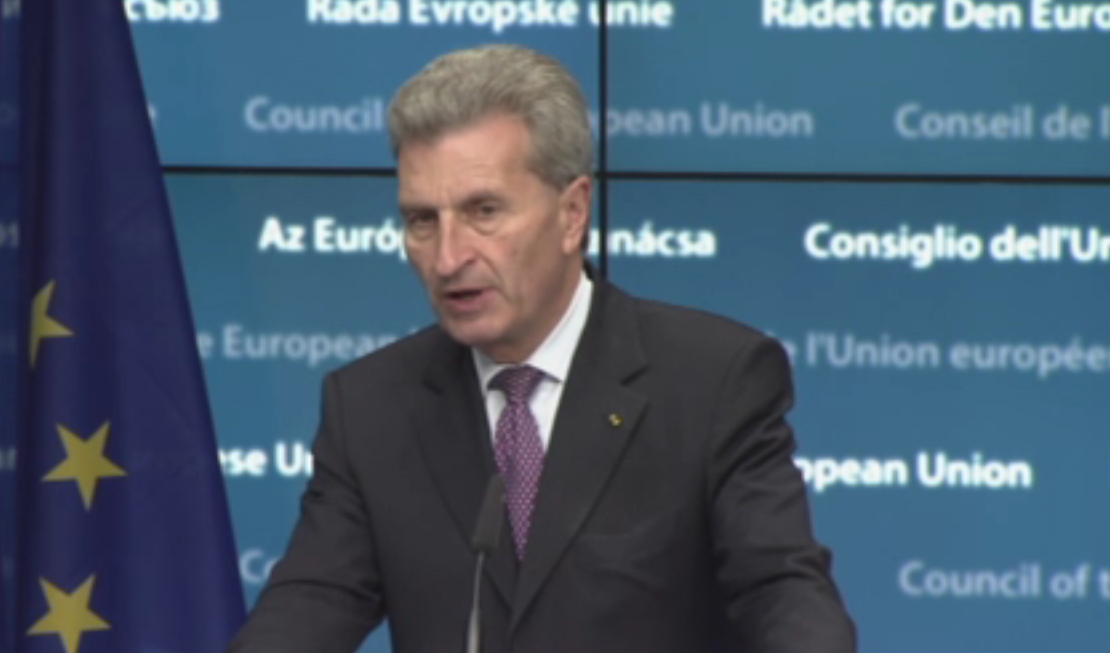 Back from his two-day trip to the Cannes film festival, Digital Economy Commissioner Günther Oettinger said on Tuesday (19 May) that talks on the Audiovisual Media Services Directive (AVMSD) need to pick up the pace.
News

A European licence fee could help broadcasters to maintain a quality and independent news service, says Euronews boss Philippe Cayla in an interview with EURACTIV.
News

A Parliament proposal to encourage cuts in CO2 emissions from new vehicles by introducing "tobacco-style" environmental warnings in car advertisements has caused outrage among Europe's media corporations, who say such measures could cause serious harm to their business.
News
Languages & Culture 09-05-2007

The Parliament’s culture committee, on 8 May, gave its backing to a compromise text, reached with the German Presidency, that would allow more commercial breaks and US-style product placement in television and other audiovisual broadcasts.
Policy Brief
Digital & Media 13-12-2006

The EU institutions have found agreement on amendments to the Television without Frontiers (TWF) Directive, the central piece of EU TV regulation. They propose to apply certain provisions of the Directive to some internet-based services and to partially lift regulations on advertising and product placement.
News
Languages & Culture 13-11-2006

Television advertising rules that the Finnish Presidency proposed to the Culture Council are much more lenient than first proposed, bringing accusations from consumer advocates that the Council is trying to circumvent the Parliament.
News

Media giant about to back European ‘Google killer’

Bertelsmann's announcement that the German media company is close to signing up as a partner behind the European search engine project Quaero has kindled discussion on Quaero's role in the emerging 'search engine wars'.
News
Digital & Media 14-12-2005

The Commission proposes applying the provisions of the Television without Frontiers (TVWF) Directive to certain internet-based services. At the same time, regulations on advertising and product placement will be partially lifted.
News
Languages & Culture 25-10-2005

The protection of cultural products such as books and films is at the heart of the convention.
News
Science & Policymaking 04-04-2000