There is a need to form progressive alliances to tackle critical issues such as immigration, social inequalities and inefficient economic policies in the run up to European elections 2019 stressed the Vice-President of the European Parliament and head of the SYRIZA delegation, Dimitris Papadimoulis, in an exclusive interview with EURACTIV Greece.
Special ReportNews

The Greek government has invited the leaders of five southern EU countries, including France, Italy and Spain, to Athens in a bid to forge an anti-austerity alliance.
News 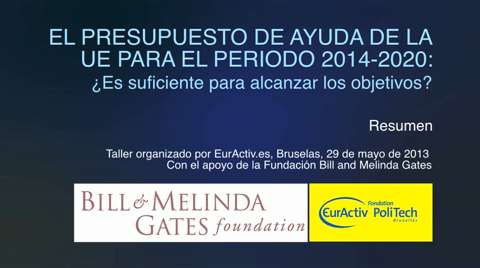 Europe is going through one of the worst economic and financial crisis in decades and governments across the continent have implemented tough austerity measures. In Spain, where cutbacks have been particularly tough, the government recently decided to reduce the budget for development aid by 80%.
News
Future EU 08-05-2013

A day before Europe Day (9 May), held yearly to celebrate the peace and unity in Europe, 3,500 staff of the European institutions held a strike against budgets cuts that may see their salaries cut by 60% over the next 15 years.
VideoPromoted content

Brussels has warned Portugal to stick to the bailout austerity measures agreed in 2011 or risk losing further financial hep. The warning came following a decision by the Portuguese constitutional court to reject a set of unpopular public spending cuts aimed at reducing the country's deficit. In a televised speech on Sunday, Portugal's prime minister Pedro Passos Coelho described the country's economic situation as a 'national emergency' and pled to follow the terms agreed with international lenders.
RSS - austerity cuts